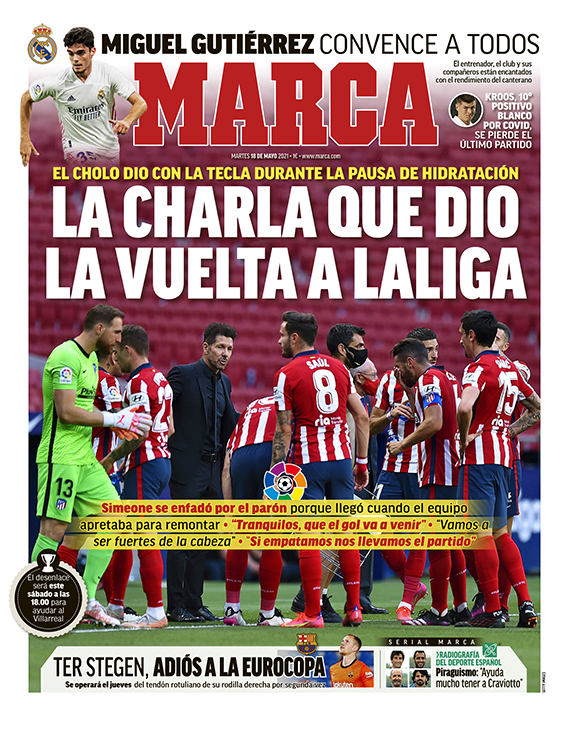 LA LIGA: Th Talk That Changed La Liga - Diego Simeone's inspirational chat during Atletico Madrid's second half water break against Osasuna may have changed the title race. He claims the team were angry at being 1-0 down but he told them to keep their heads and relax as they battled back to win 2-1. 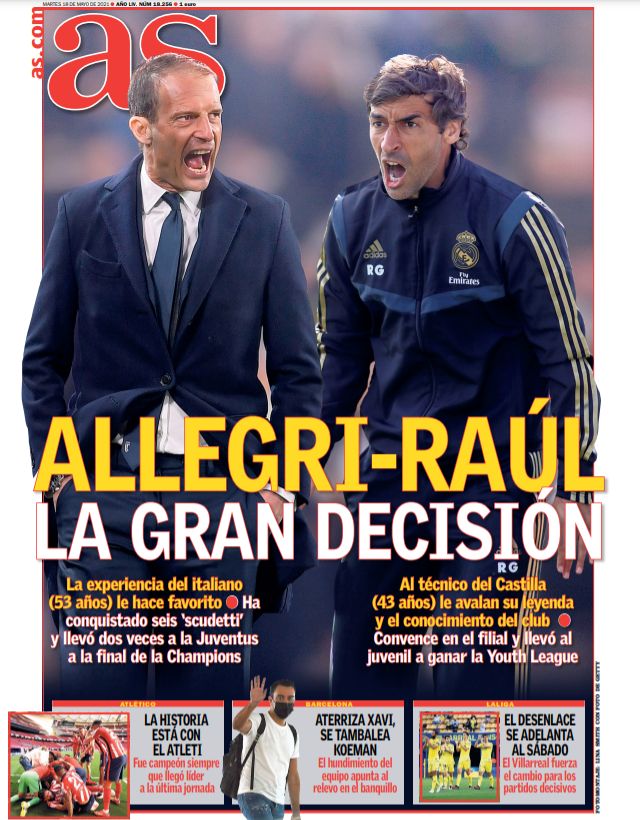 REAL MADRID: Raul/Allegri: The Great Decision - The experienced Italian boss is favourite to take over from Zinedine Zidane this summer after a year break following his successes with Juventus. But club legend Raul is another option after establishing himself as Castilla boss with a deep knowledge of the club. 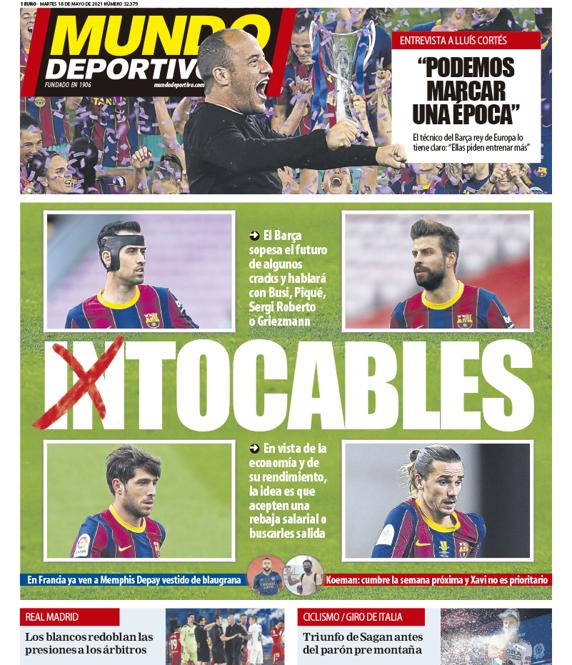 BARCELONA: Untouchables - Barcelona will weigh up the futures of Gerard Pique, Sergio Busquets, Antoine Griezmann and Sergi Roberto this summer. Given the club's economic plight they may ask each player to take a pay cut ahead of the 2021/22 campaign with Lyon star Memphis Depay set to complete a free transfer move.