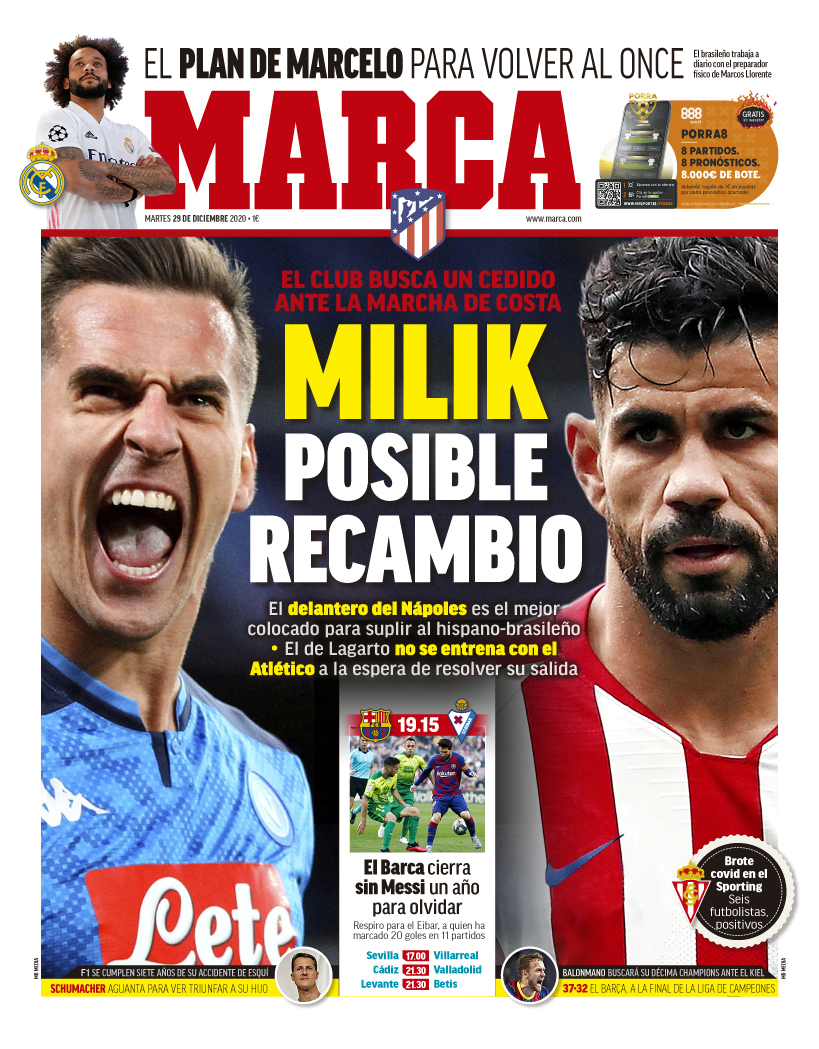 ATLETICO MADRID: Milik a Possible Replacement - Atletico Madrid could make a January move for Napoli striker Arkadiusz Milik if Diego Costa leaves the club next month. The Spanish international has reportedly told the club he wants to leave in January, with his contract expiring at the end of the season. Costa was absent from Monday's training session as he looks to settle his future in Madrid. 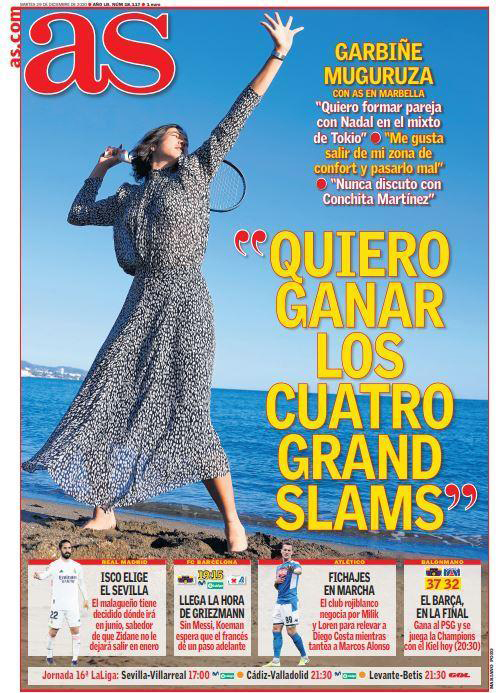 REAL MADRID/SEVILLA: Isco chooses Sevilla - Real Madrid midfielder Isco has decided he will leave the club at the end of the season and join Sevilla, with boss Zinedine Zidane unwilling to allow a January exit for the former Malaga star. 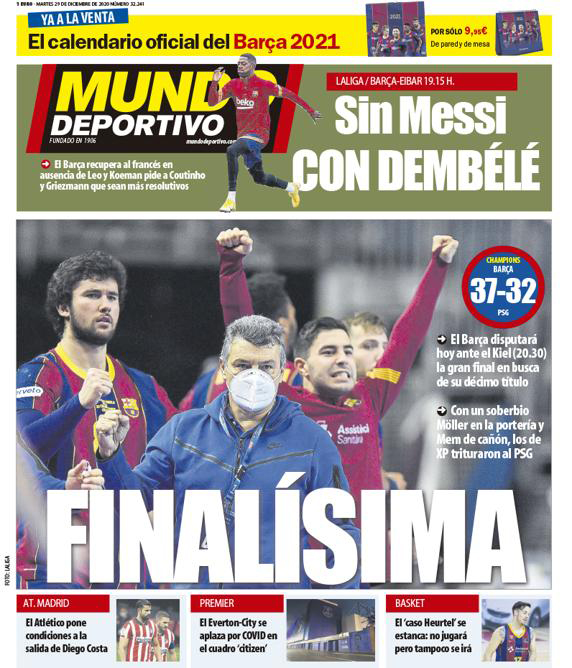 BARCELONA: No Messi but with Dembele - French international Ousmane Dembele returns to Barcelona first team training. However, Lionel Messi will miss their La Liga clash with Eibar through injury, with Ronald Koeman set to turn to either Philippe Coutinho or Antoine Griezmann to replace him.