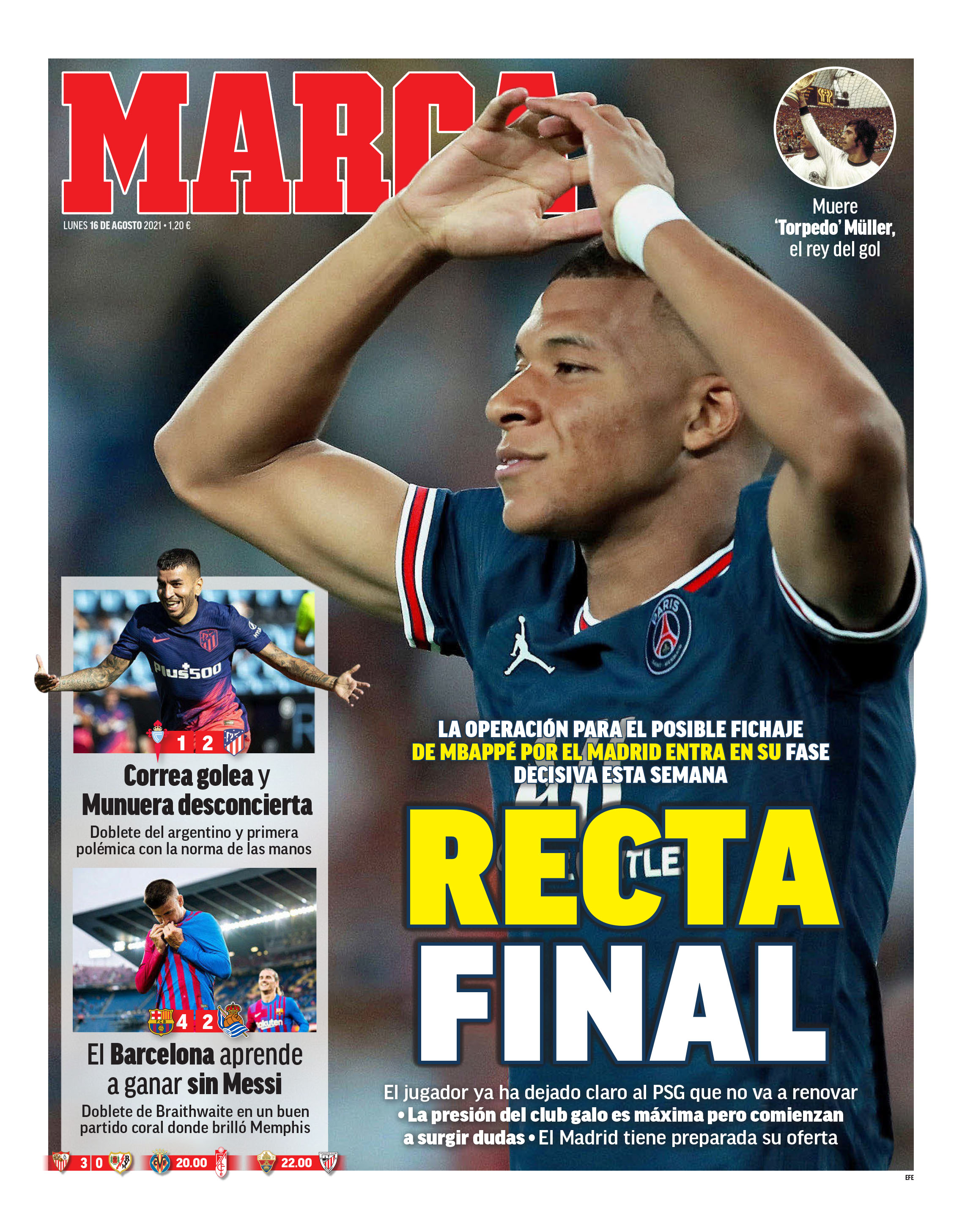 REAL MADRID: Final Straight - The possible operation to bring Kylian Mbappe from Paris Saint-Germain to Real Madrid. Negotiations will move into a decisive phase this week with the French international clear on his intention not to sign a contract extension in Paris. 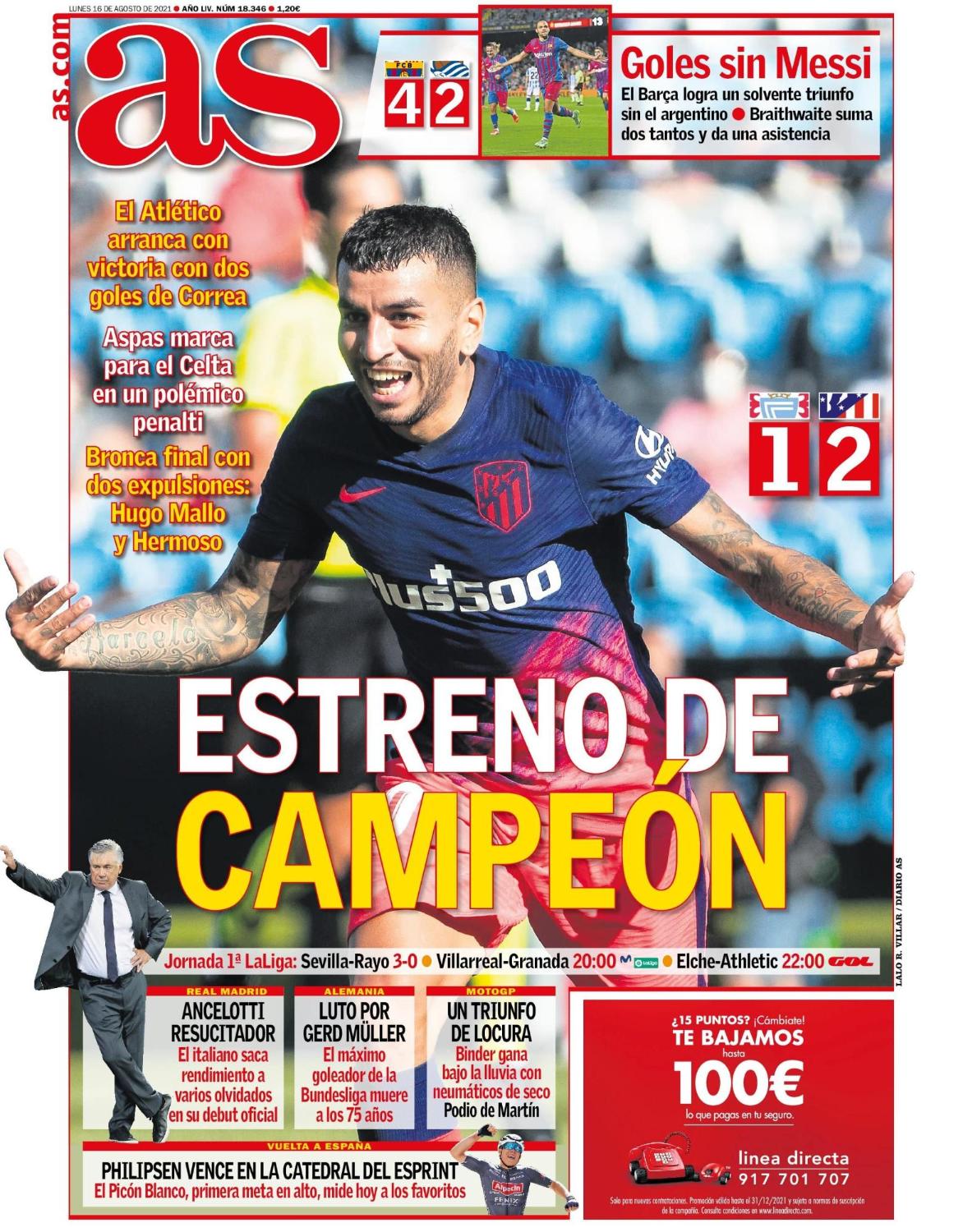 ATLETICO MADRID: Premiere of the Champion - Atletico Madrid kicked off their La Liga title defence with a 2-1 win over Celta Vigo. Angel Correa scored twice in Galicia either side of Iago Aspas' penalty with Hugo Mallo and Mario Hermoso both sent off in added time in a bad tempered end. 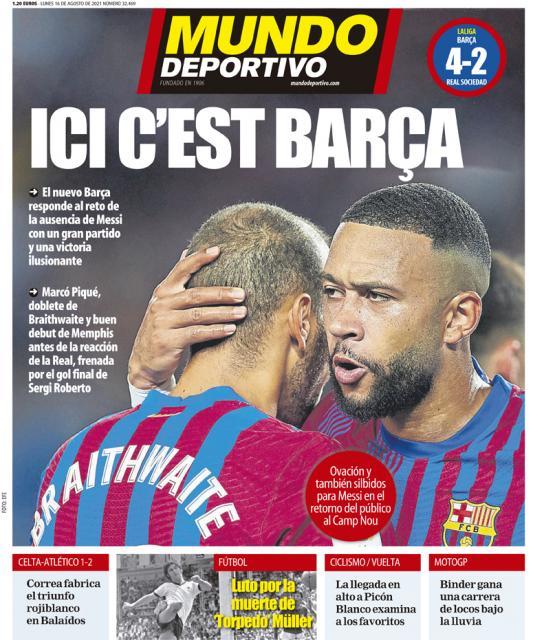 BARCELONA: Here Is Barca - Barcelona kicked off their 2021/22 La Liga campaign, and their first game without Lionel Messi, with a dramatic 4-2 win against Real Sociedad. A brace from Martin Braithwaite, alongside goals from Gerard Pique and Sergi Roberto, sealed the win. Ronald Koeman handed a club debut to Memphis Depay with Eric Garcia making his first start on a return to Catalonia alongside Pique.