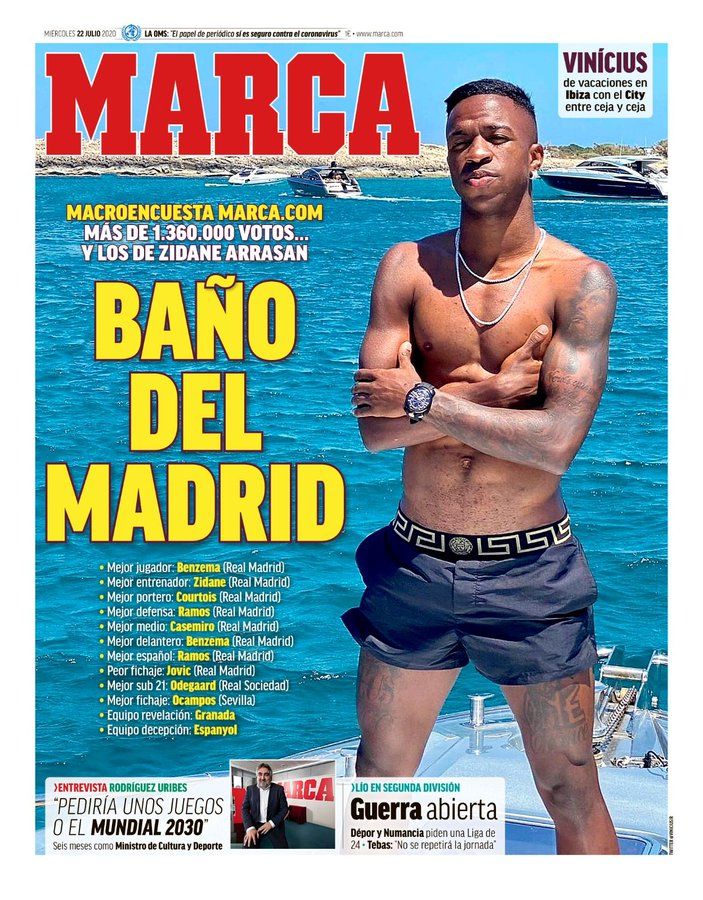 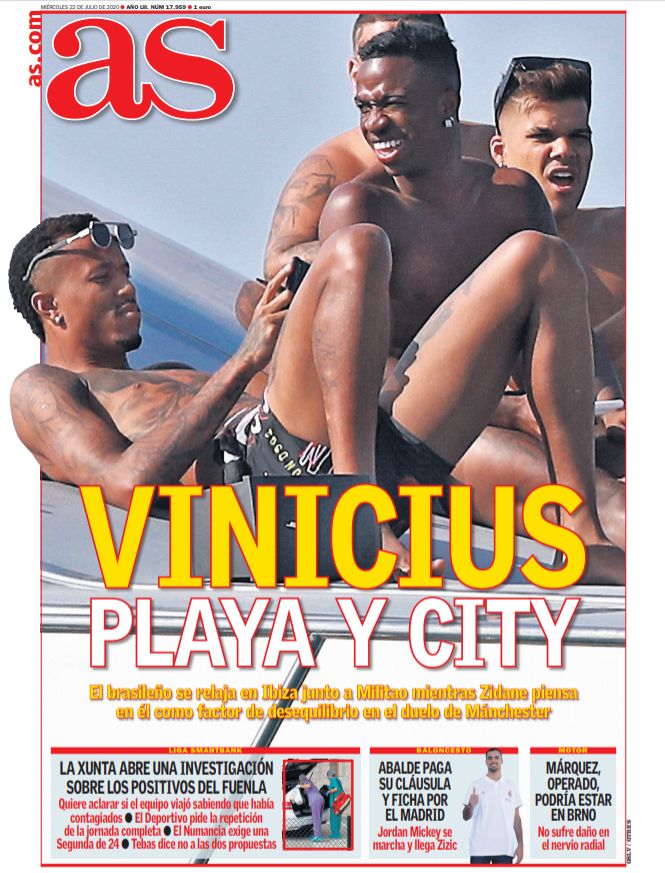 Vinicius, beach and City - the Brazilian relaxes with Eder Militao in Ibiza ahead of game against Man City, with Zidane planning Investigation opened into Fuenlabrada positive cases - chaos in the Segunda with Numancia and Depor calling for 24-team league 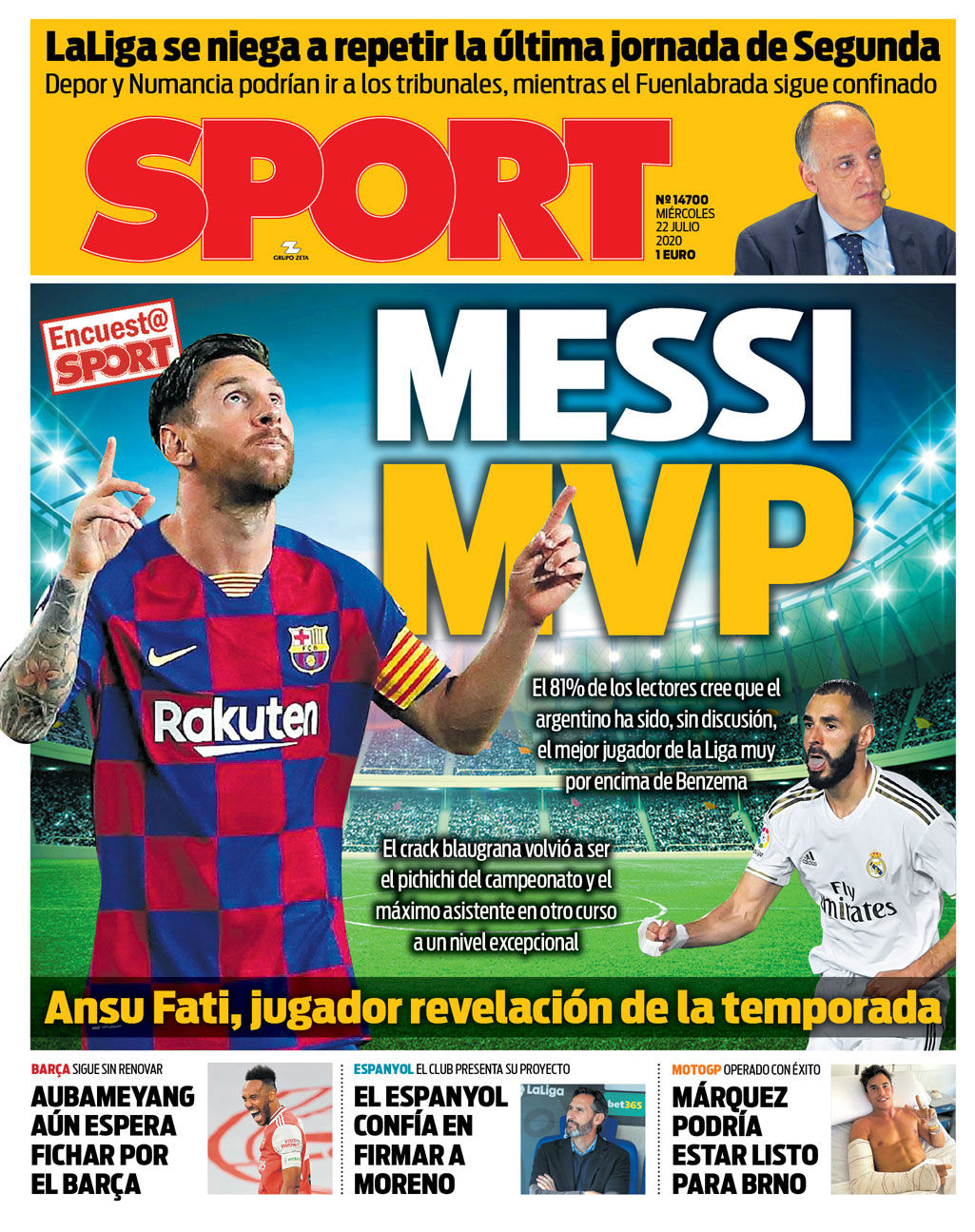 Messi the best player in La Liga - Again he is the top scorer of the league and 81% of readers believe that he has undoubtedly been the best player in La Liga, well above Benzema Ansu Fati - the revelation of La Liga Aubameyang still hopes to join Barcelona - Arsenal captain open to move La Liga refuses to repeat the last day of the Segunda - Depor and Numancia could go to court and, in addition, as Fuenlabrada go into confinement Espanyol hope to appoint Moreno - the club present to him their project