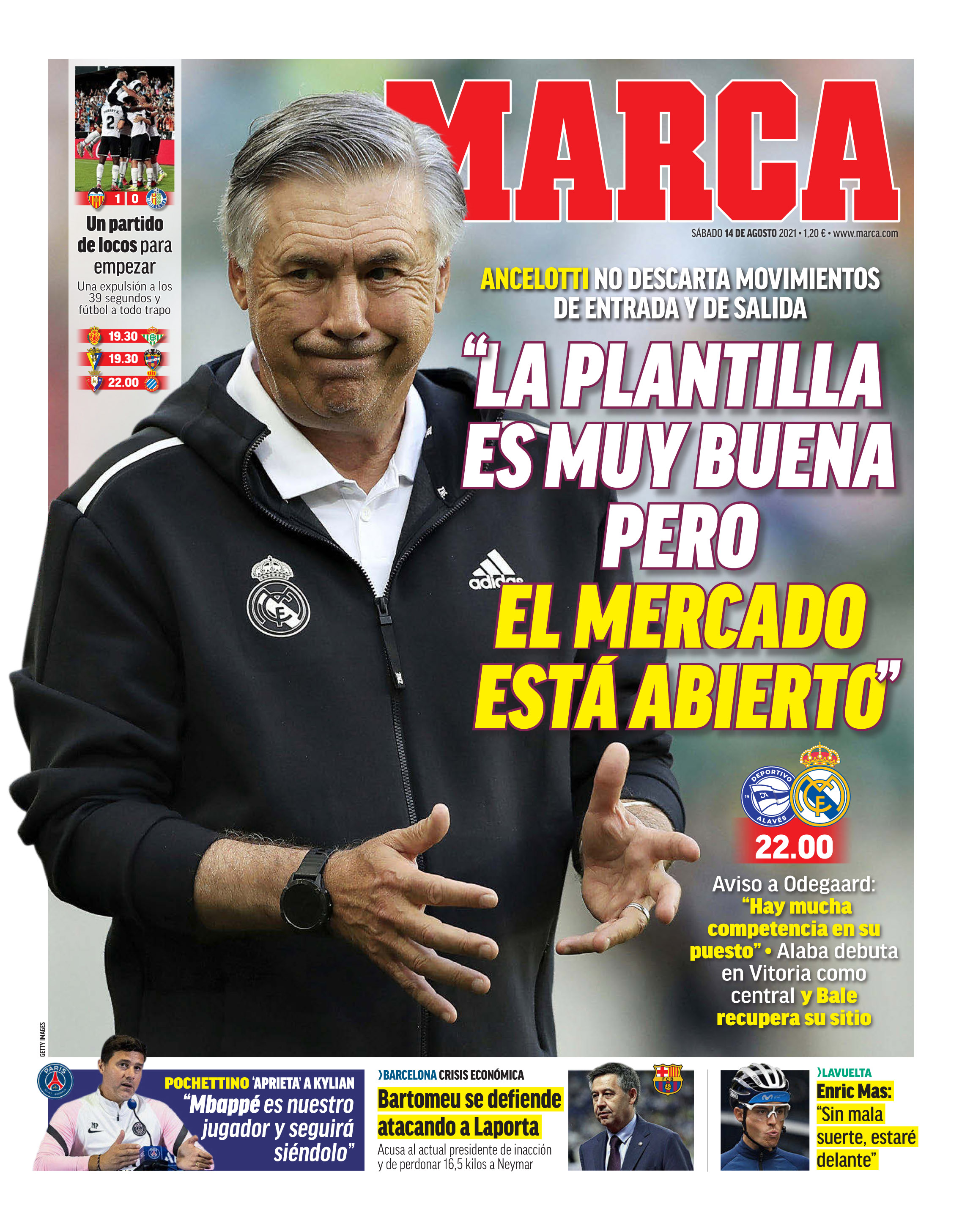 REAL MADRID: Carlo Ancelotti does not rule out either further exits or arrivals at Real Madrid. The Italian coach claimed he is happy with his squad ahead of the new season but admitted they remain open in the transfer market this month. Ancelotti hinted Martin Odegaard could start their season opener against Alaves tonight with debutant David Alaba and Gareth Bale also in line to feature. 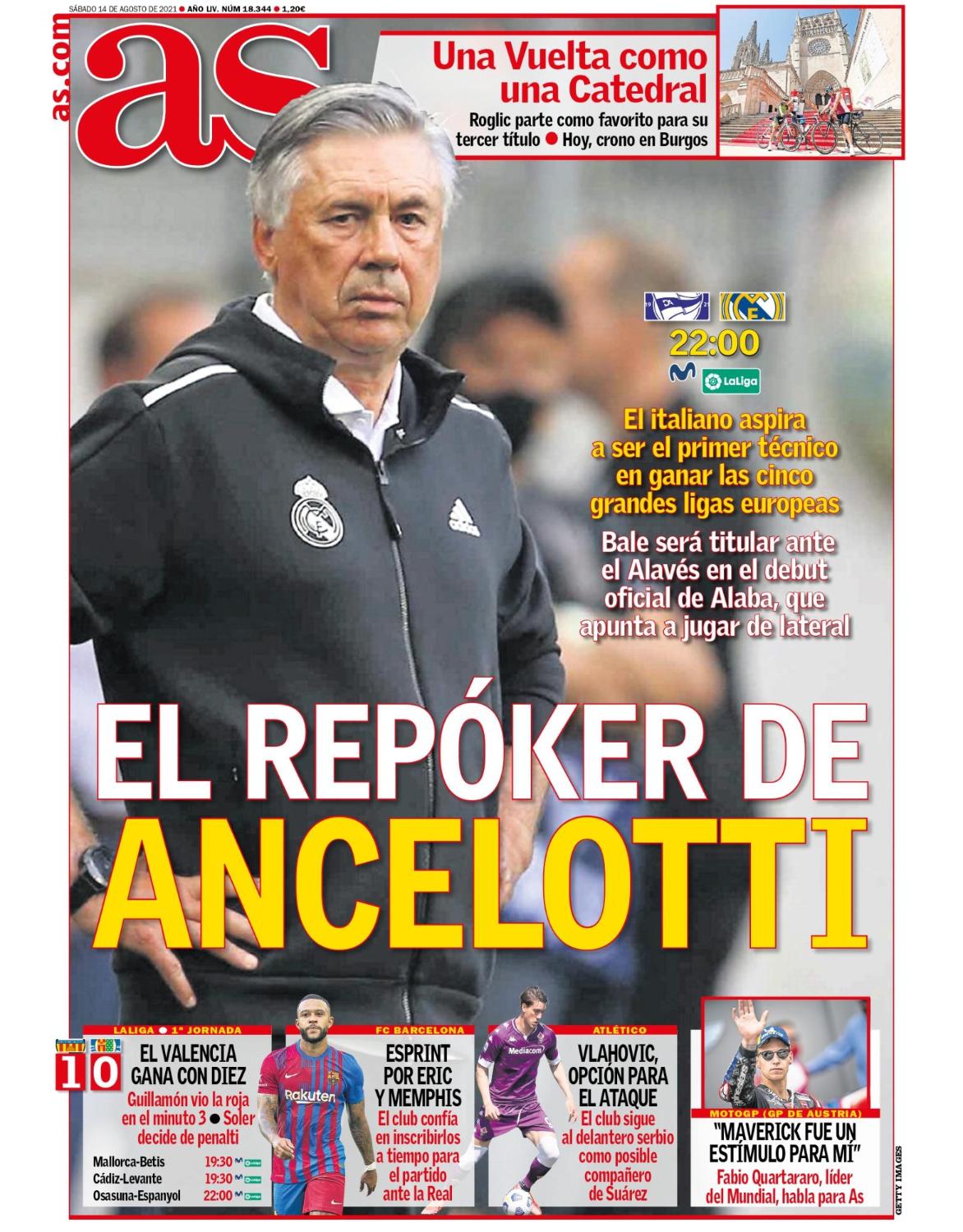 REAL MADRID: The 'Five Goals' of Ancelotti - Carlo Ancelotti is aiming to become the first manager to win the title in five of Europe's major leagues. Gareth Bale is set to start against Alaves tonight with David Alaba in line for his competitive Los Blancos debut. 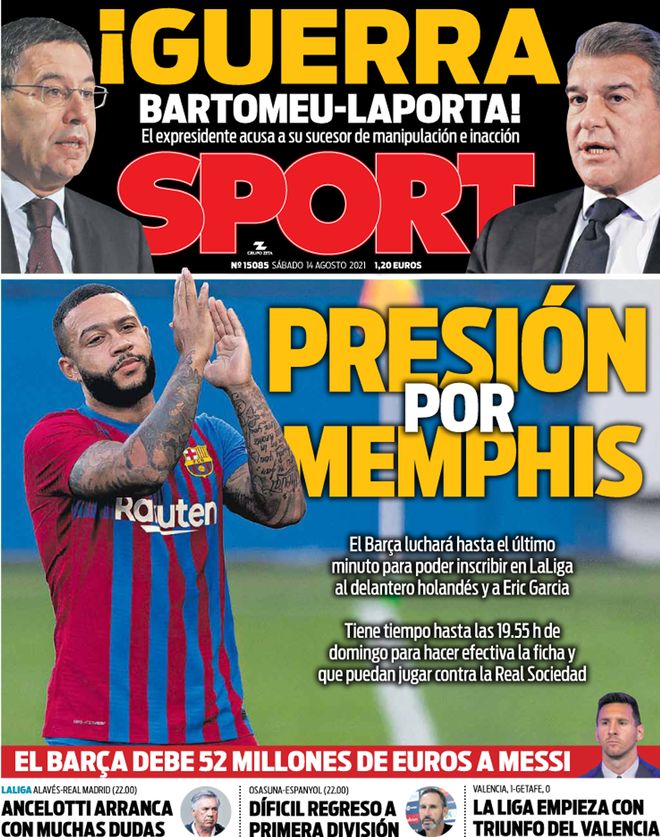 BARCELONA: Pressure for Memphis - Barcelona will fight until the last minute to register both Memphis and Eric Garcia for this weekend's La Liga opener against Real Sociedad. The Catalans have until an hour before kick off at the Camp Nou to confirm both players.