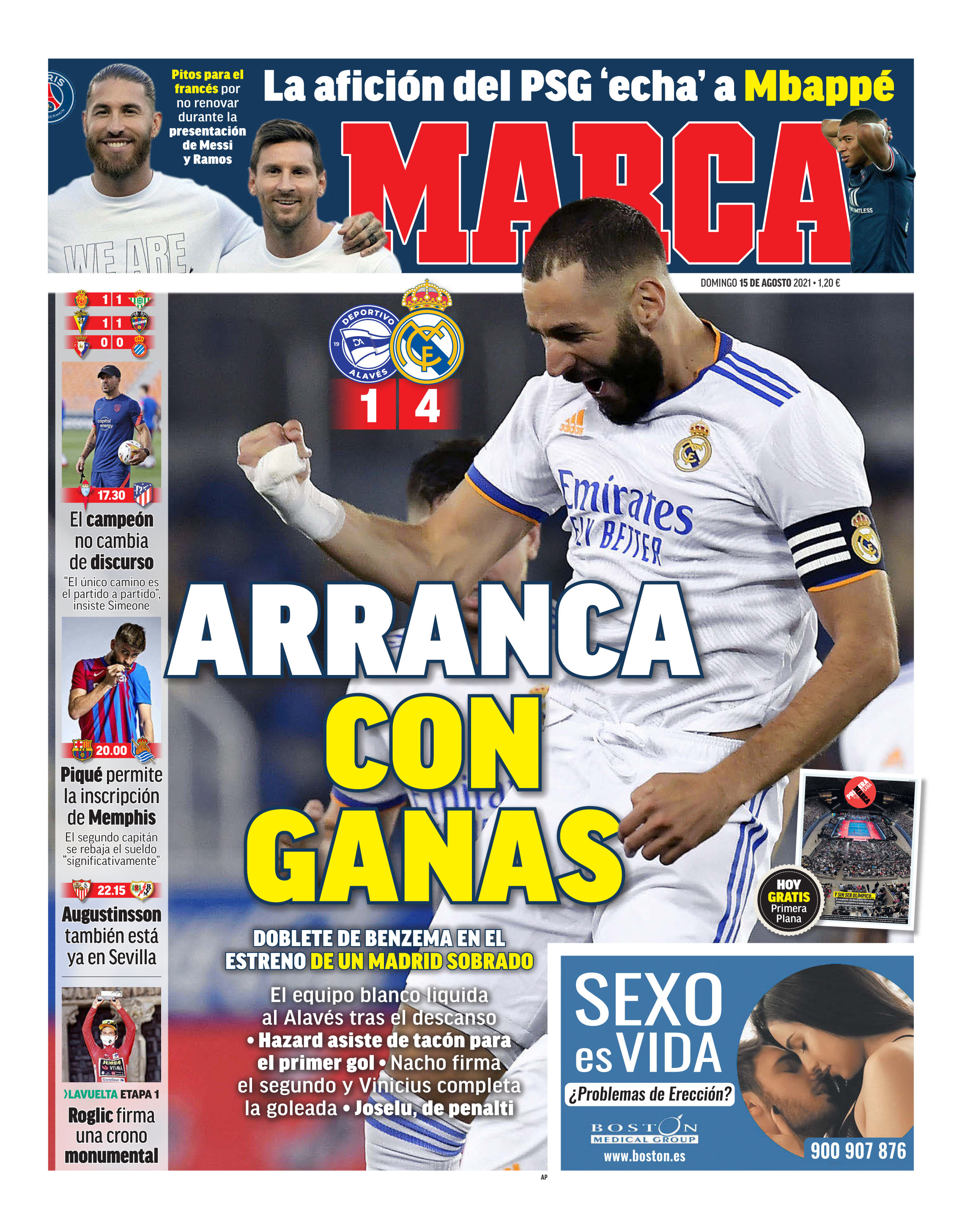 REAL MADRID: Start with Enthusiasm - Two goals from Karim Benzema propelled Real Madrid to a 4-1 win on the opening night of the 2021/22 La Liga season. Los Blancos had too much for Alaves in the second half with Eden Hazard providing a fantastic assist to Benzema and Nacho and Vinicius Junior also on the score sheet in the Basque Country. 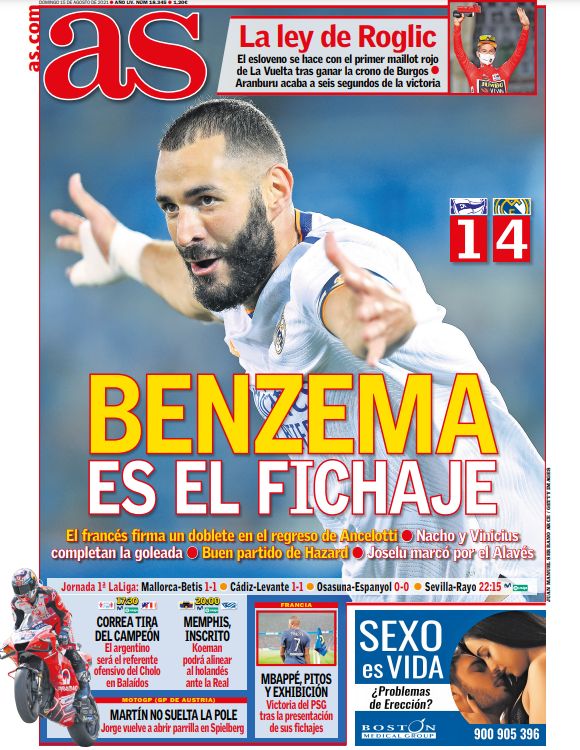 REAL MADRID: Benzema is THE signing - Karim Benzema scored twice on the night in Carlo Ancelotti's big return to the helm at Real Madrid. Nacho and Vinicius Junior were also on target in the 4-1 win at Alaves with Eden Hazard adding a superb assist. 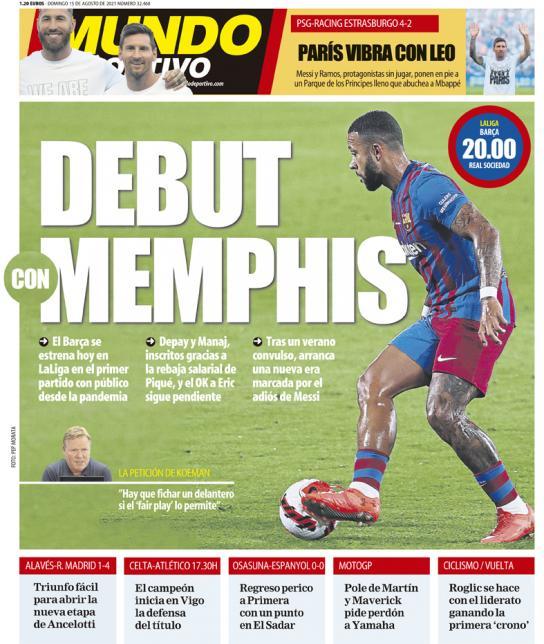 BARCELONA: Debut for Memphis - Barcelona kick off their La Liga season with a first Camp Nou game in front of fans since the start of the Covid-19 pandemic. Memphis Depay and Rey Manaj have both been registered following the news of Gerard Pique's 50% wage cut as the club begin the post Lionel Messi era.