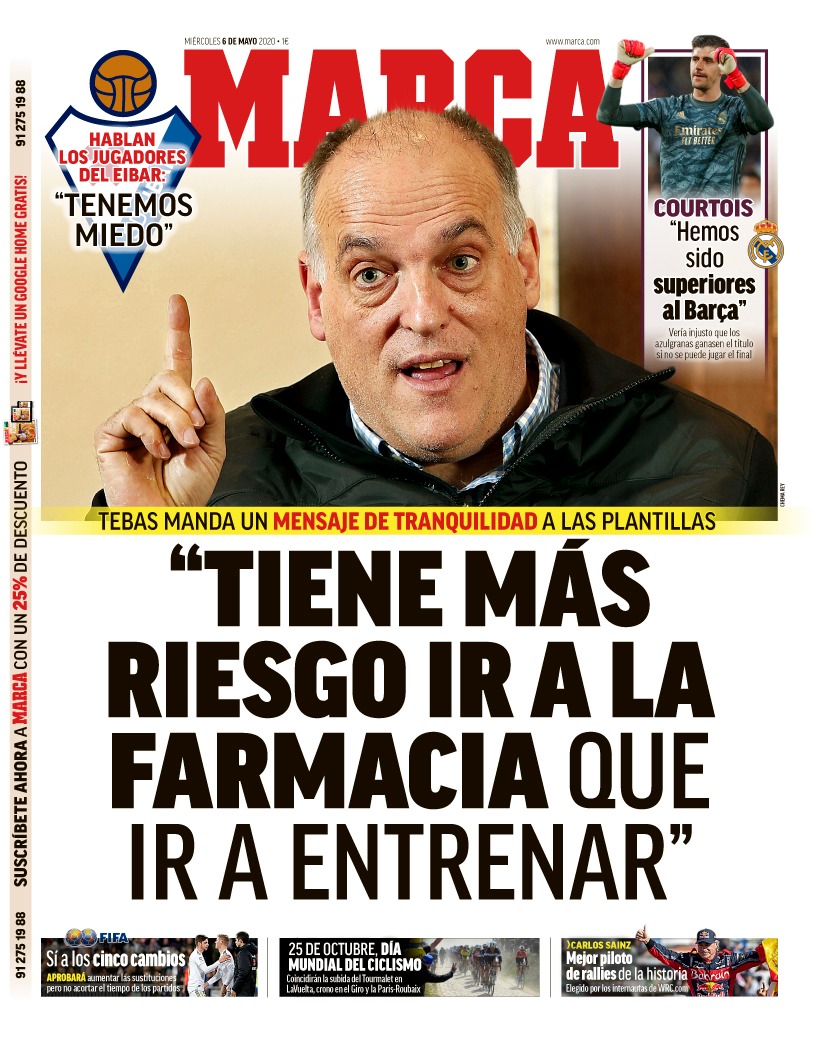 "You're at more risk going to the pharmacy than going to train" - Tebas sends a message of calm to the La Liga squads. Eibar players say they are afraid. 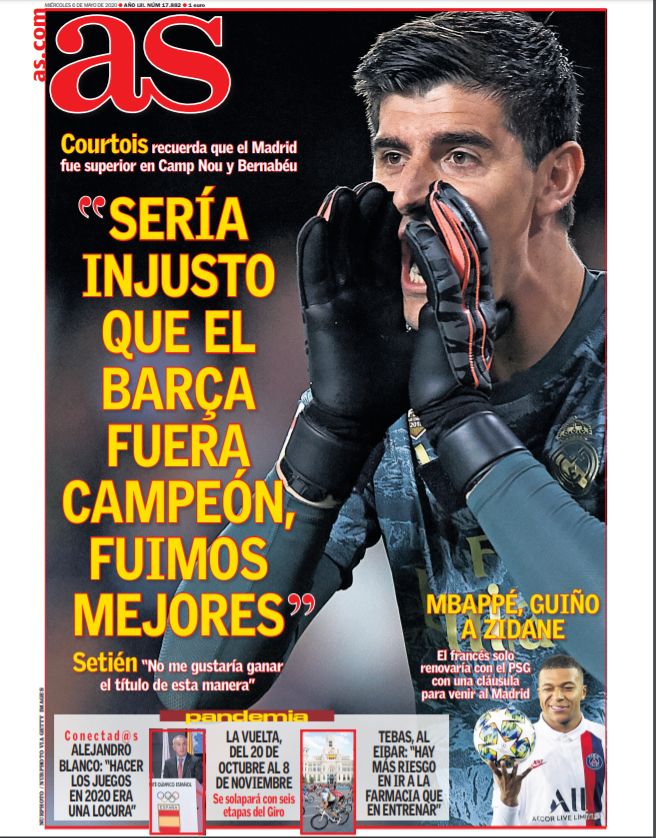 "It would be unjust if Barca were champions - we were better" - Courtois reminds Barca that Real were better in both their games. Setien "would not like to win in this way." 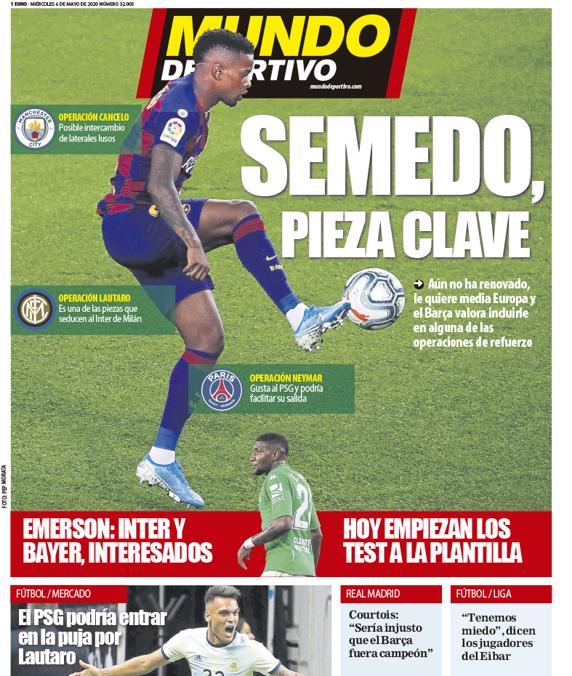 Semedo, the key piece - Although he hasn't renewed his contract, half of Europe wants him and Barcelona will use him in their reinforcement plans. Inter and Bayer Leverkusen interested in Emerson. Barca squad tested today.