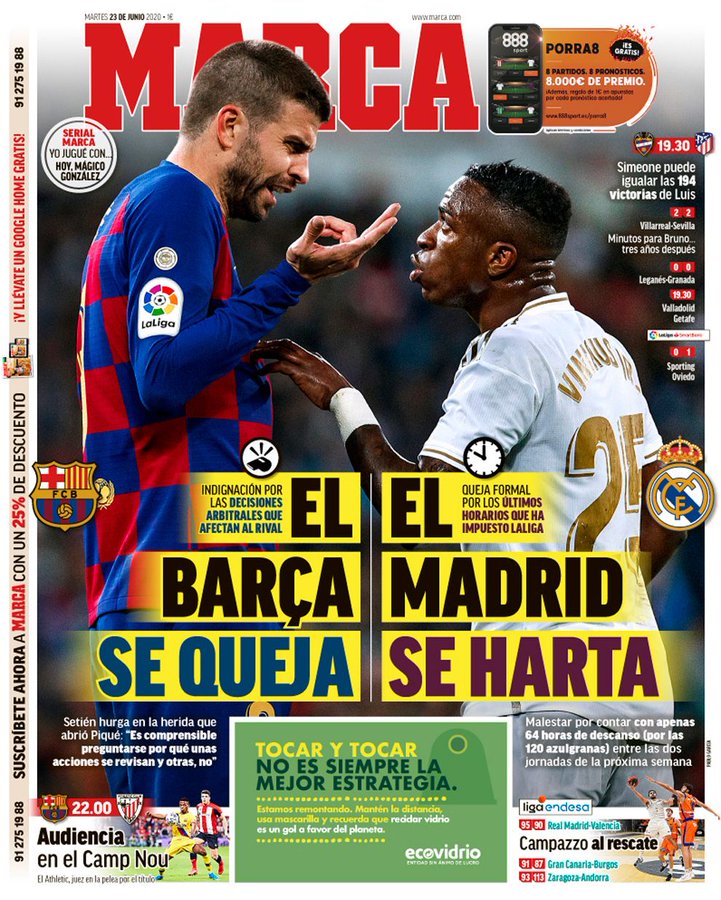 Barcelona complains, Madrid are fed up Barcelona indignant at VAR decisions favouring their title rivals, Madrid complain about La Liga scheduling Simeone can equal Luis's 194 victories at Atleti Setien furthers comments from Pique: "It is understandable to ask why some actions are reviewed and others, are not" Audience in the Camp Nou 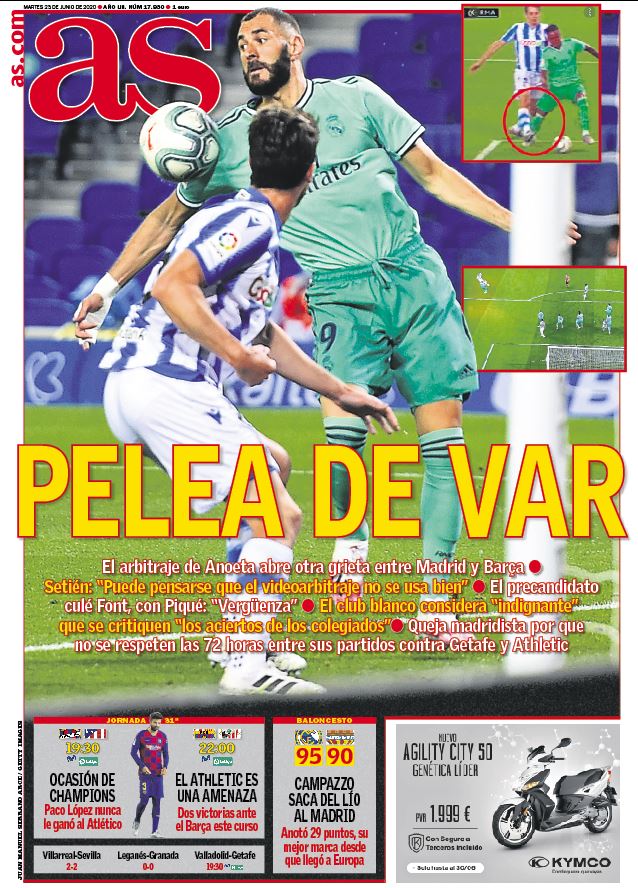 VAR fight The decisions at Anoeta opens up another crack between Madrid and Barcelona, Setien and Pique comments highlighted, Madrid outraged at allegations, Madrid outraged at scheduling between games Game for the Champions League - Paco Lopez has never beaten Atleti Athletic a threat for Barcelona 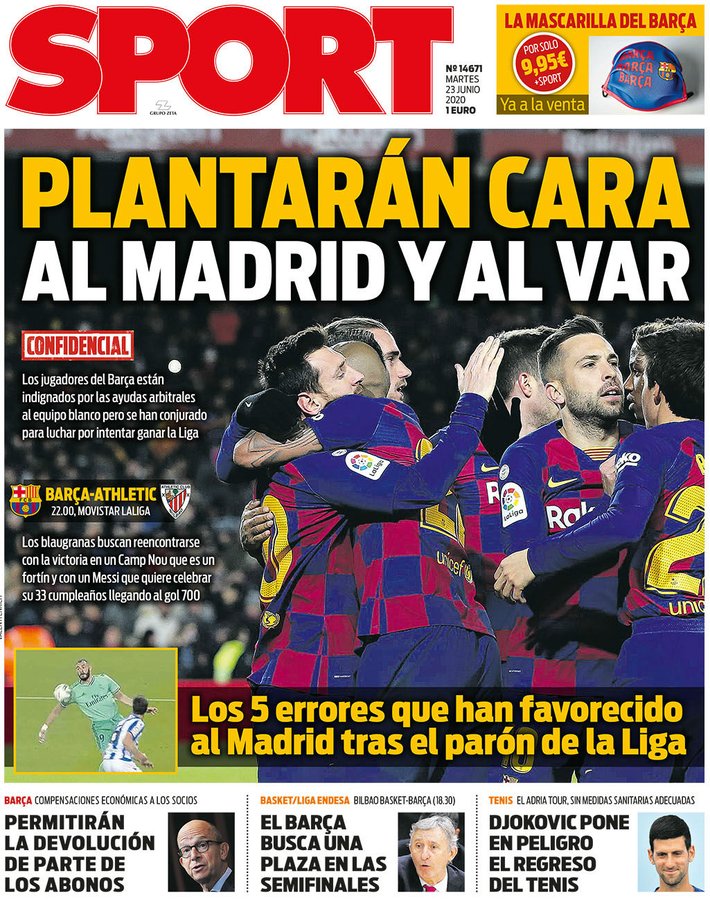