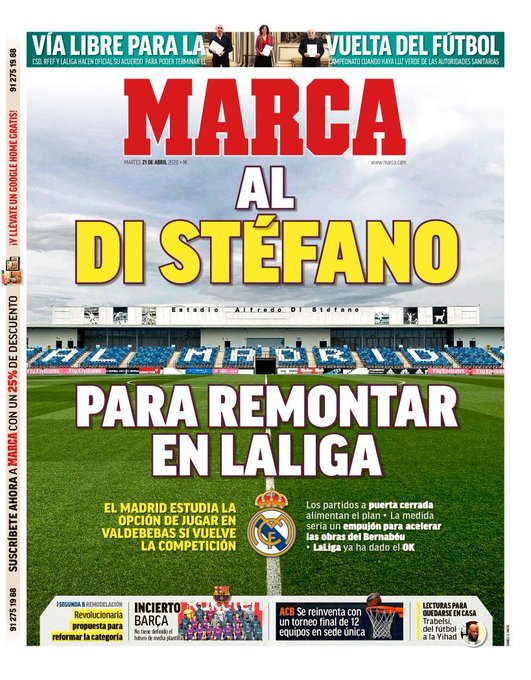 To the Di Stefano, to take back the league - Real Madrid consider playing in the stadium at their training ground. Behind closed doors could be played there to finish the season. Work on the Bernabeu development could be accelerated. The league has given the OK. 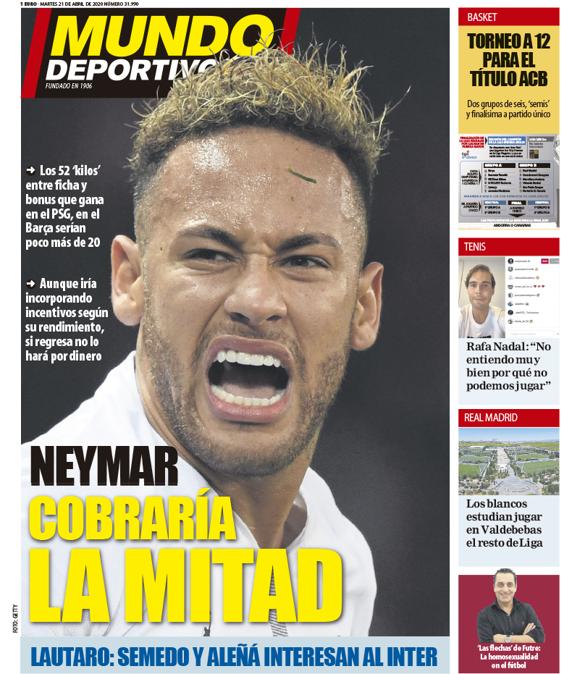 Neymar would be paid half - Brazil star would see wages halved if he joins Barcelona from PSG. There would be big bonuses, but he would not be making the return for money. 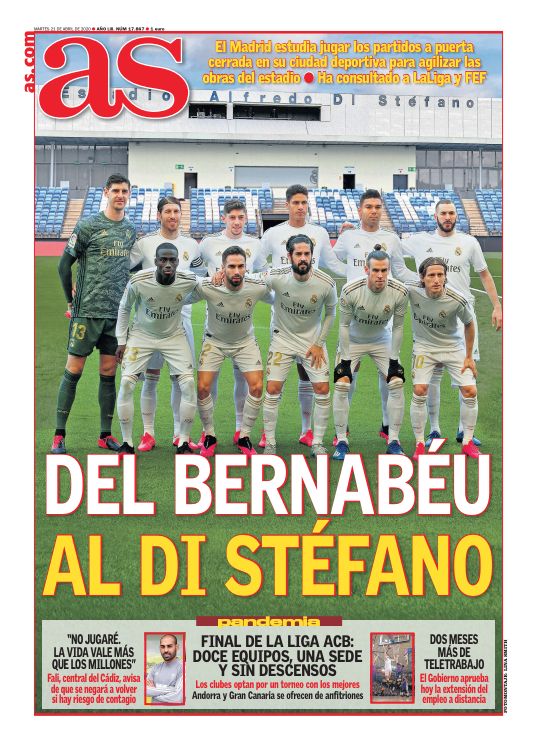 From the Bernabeu to the Di Stefano - Madrid consider playing games behind closed doors at their training ground to help work at the Bernabeu get ahead of schedule. The league and the Spanish football federation have been contacted.