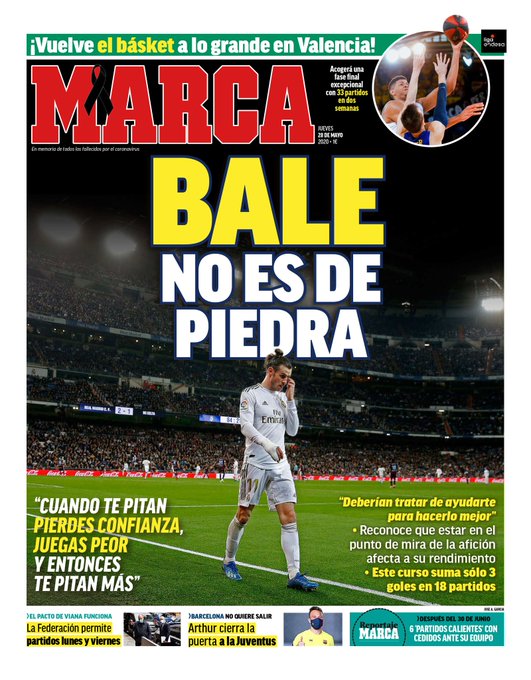 Bale is not made of stone "When they whistle, you lose confidence, you play worse and then they whistle you more" Spanish FA permits games on Mondays and Fridays Arthur closes the door to Juventus 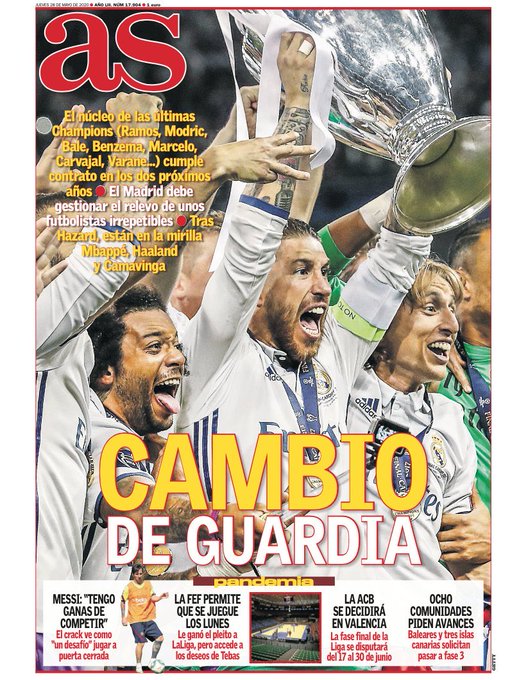 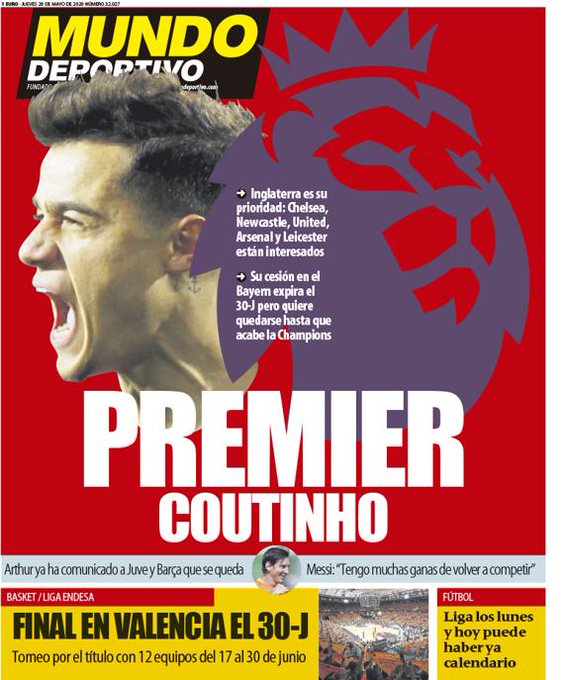 Premier League for Coutinho Chelsea, United, Newcastle, Arsenal and Leicester all interested His loan deal at Bayern ends on 30 June and he wants to stay in the Champions League Arthur tells Juventus he wants Barcelona stay Messi: I want to compete again La Liga to play Mondays again