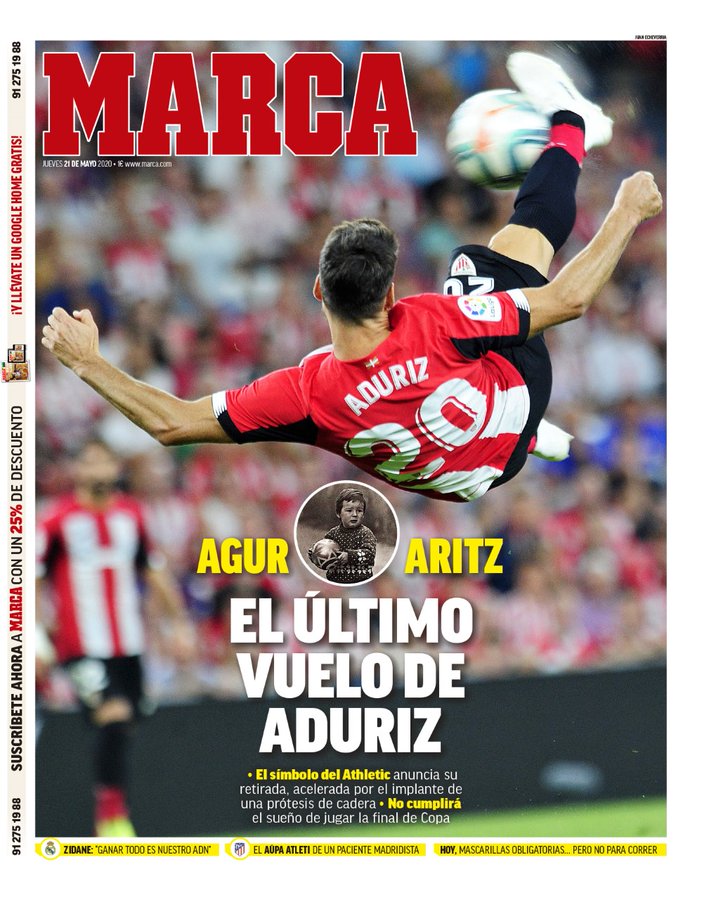 The last flight of Aduriz Athletic legendary striker announces retirement, accelerated by hip issue, will not play in dream Copa del Rey final Zidane: Winning everything is our objective, it is our DNA 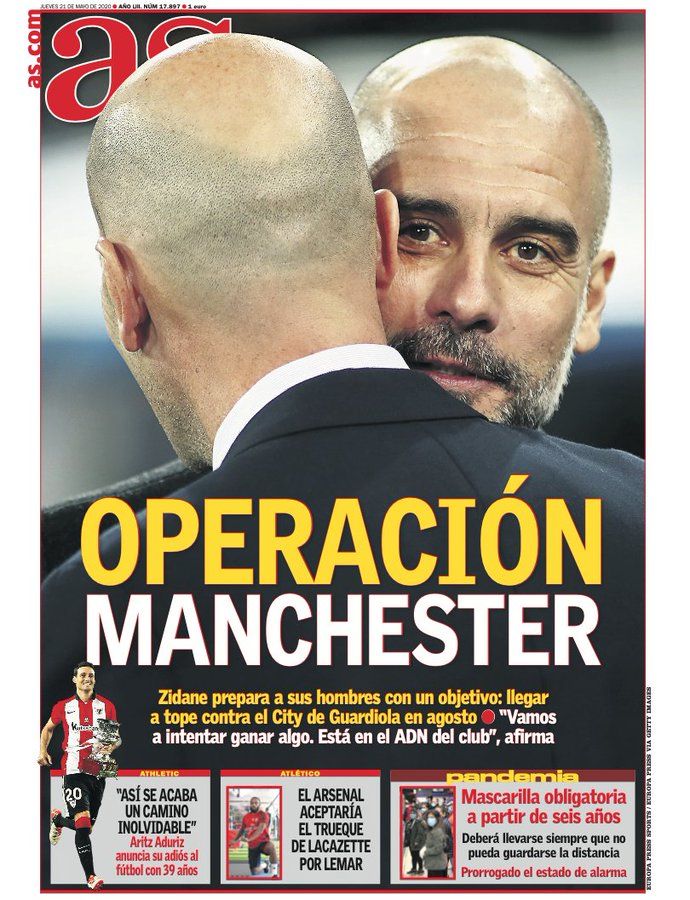 Operation Manchester Zidane prepares his side with an objective - to reach their peak against City in August Zidane: 'We are trying to win everything, it's in the club's DNA' 'This is how an unforgettable journey ends' - Aritz Aduriz retires aged 39 Arsenal accept Atleti barter - swapping Lacazette for Lemar 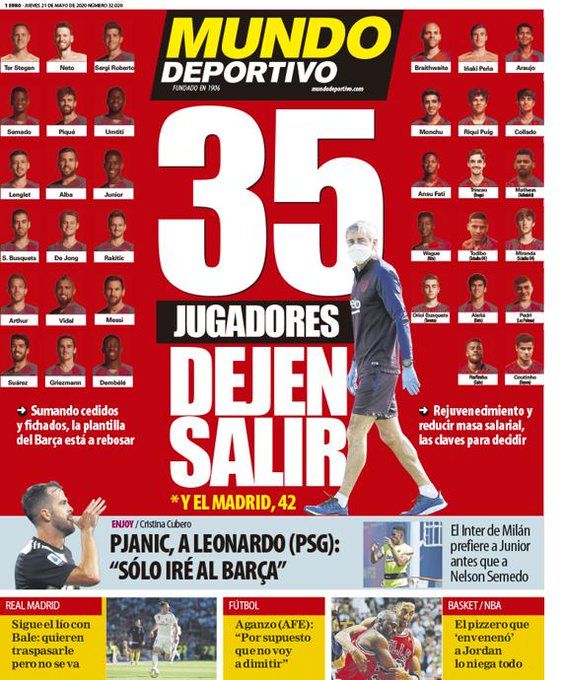 35 players for Setien (and for Madrid, 42) Adding loans and new signings, Barcelona's squad is overflowing, rejuvenating squad and reducing salary is key Pjanic to Leonardo (PSG): 'I only want to go to Barcelona' Inter prefer Junior before Nelson Semedo Madrid want rid of Bale but he won't go Aganzo confirms he won't quit as AFE president