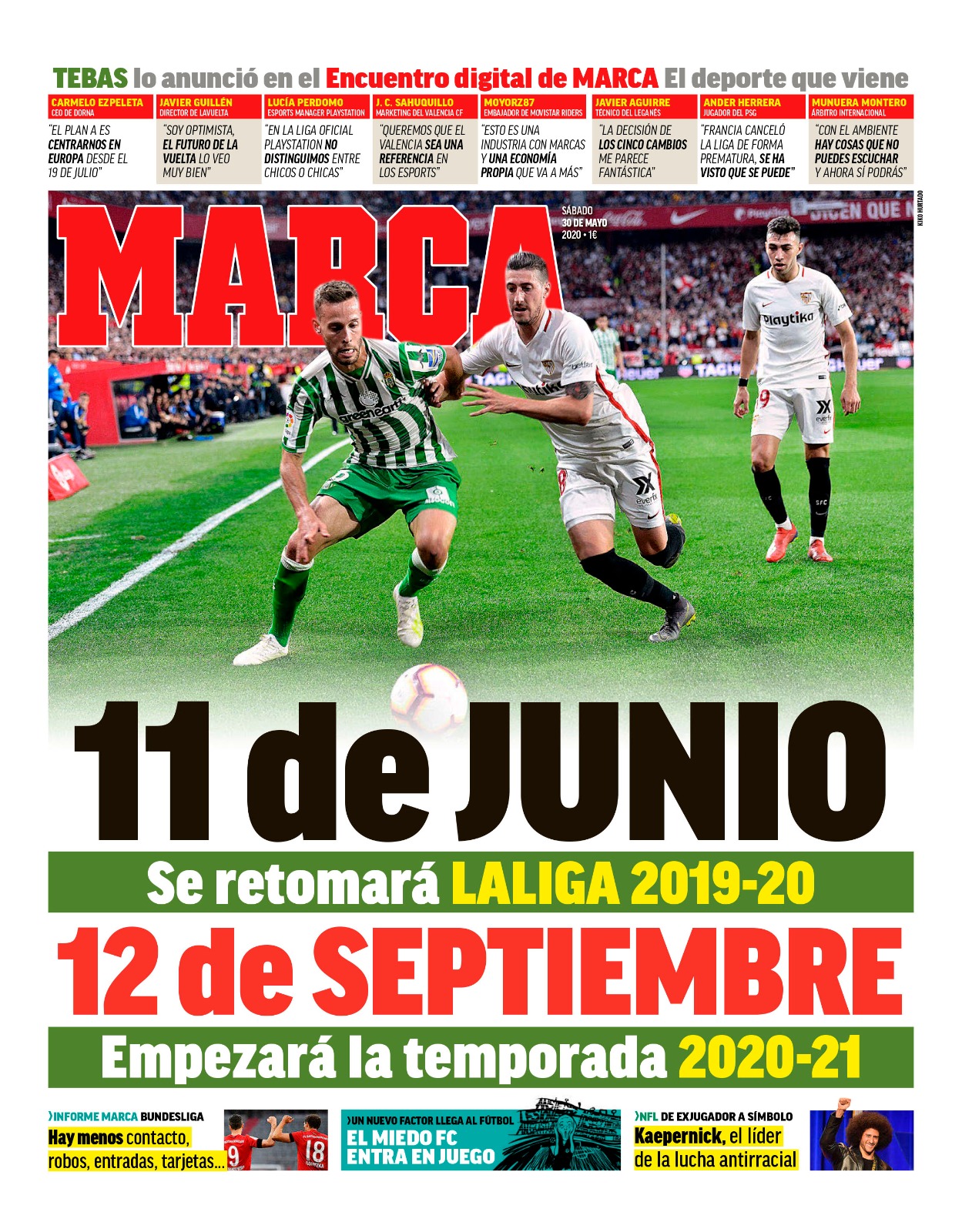 11 June, the league restarts, 12 September, next season starts - "The decision to use five subs is a fantastic one" says Javier Aguirre. "France cancelled the league early, it's now clear yo ucan play." 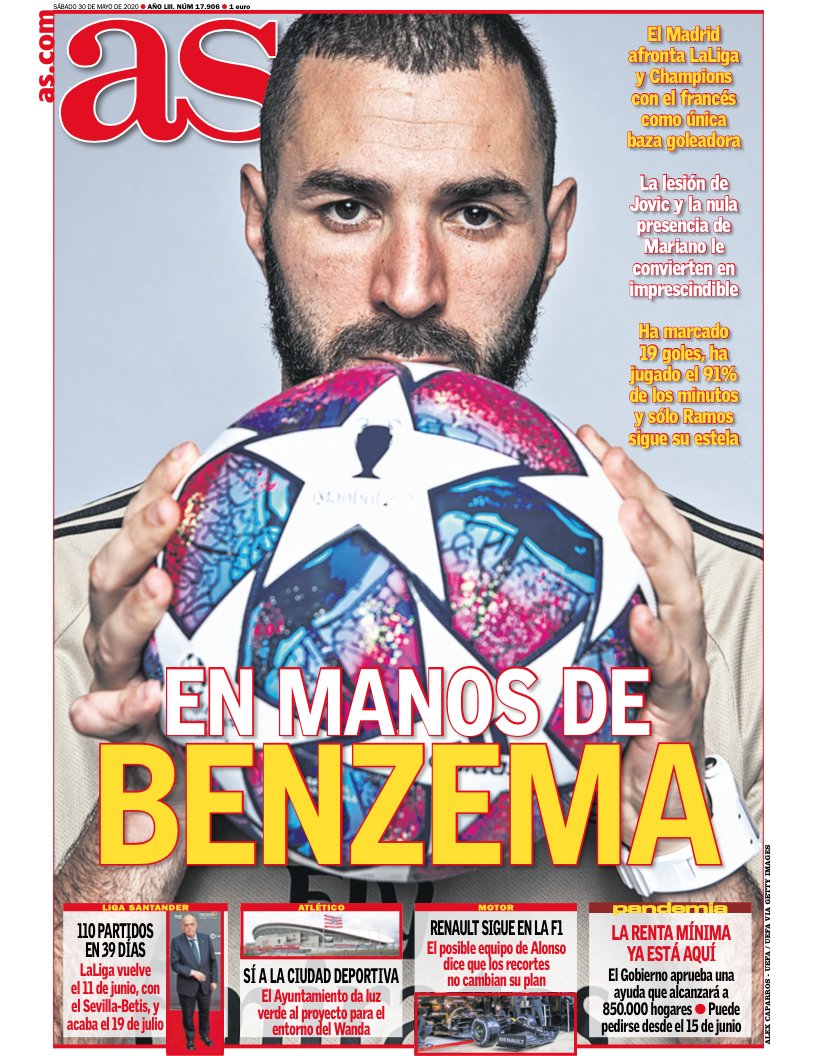 In Bezema's hands - The injury to Luka Jovic and the lack of impact from Mariano Diaz means that it's all down to Karim. He's scored 19 goals and played 91% of the team's minutes. 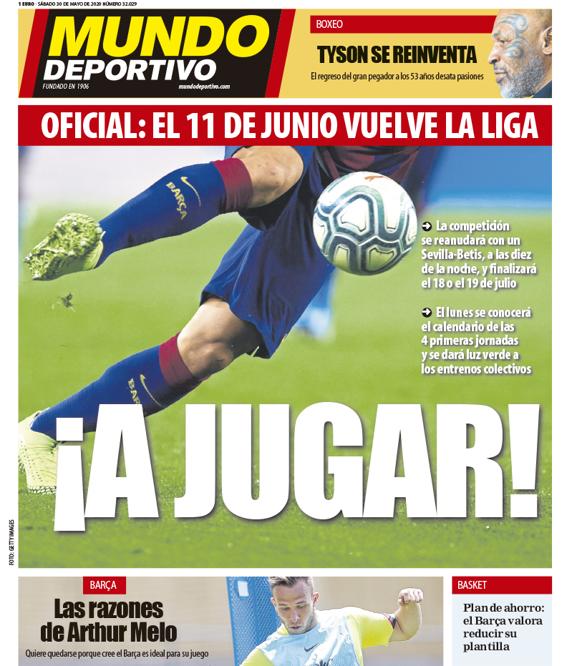 Let's play! - La Liga restarts with Sevilla vs. Betis, at 10pm and will finish on the 18th or 19th of July. On Monday the fixtures for the first 4 weeks are decided and the green light will be given to group training.