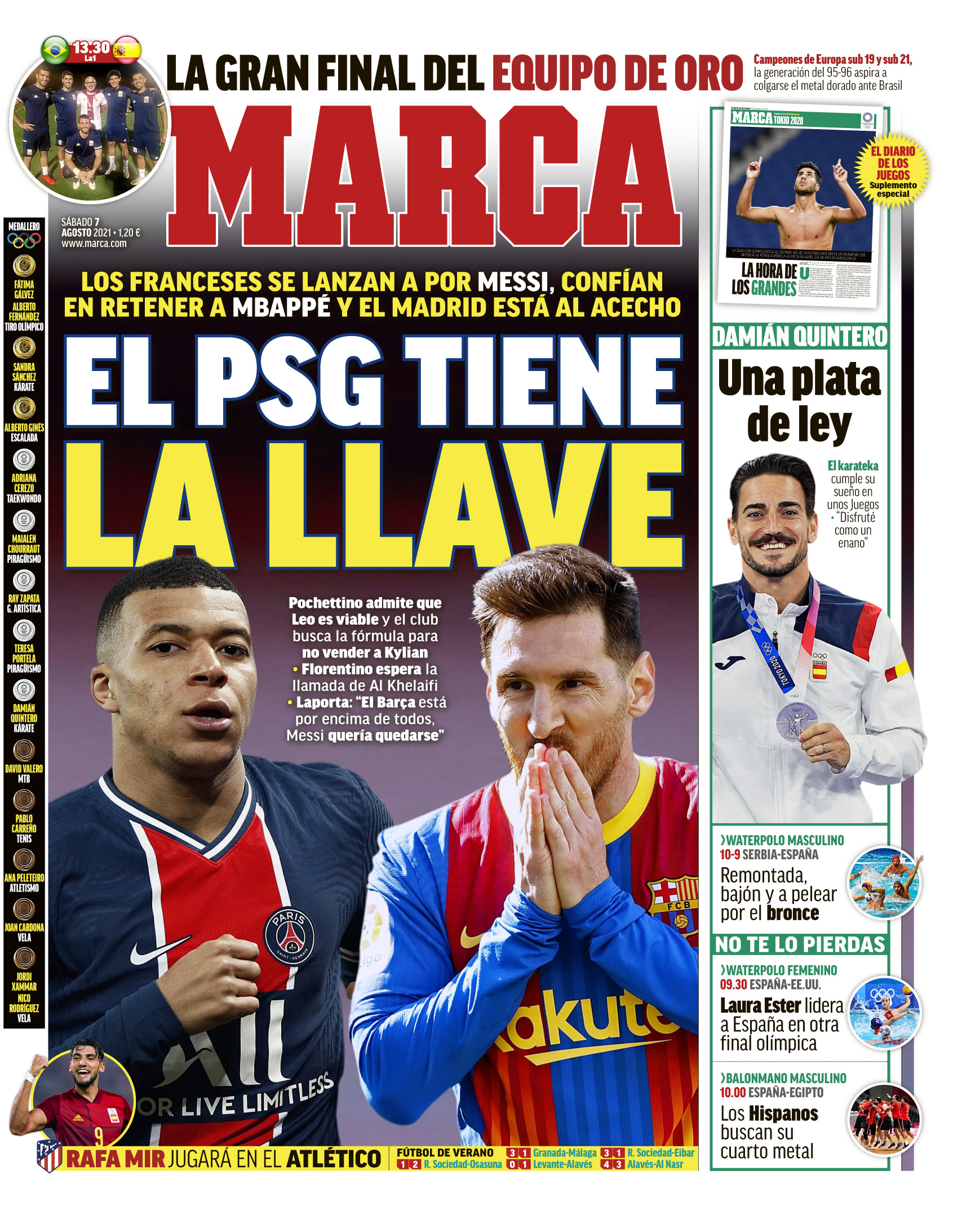 BARCELONA: PSG have the key - PSG will launch a move for Lionel Messi in the coming days and they are confident of retaining Kylian Mbappe despite interest from Real Madrid. Mauricio Pochettino believes a move is viable and he wants to create a deal to keep all of his star names. 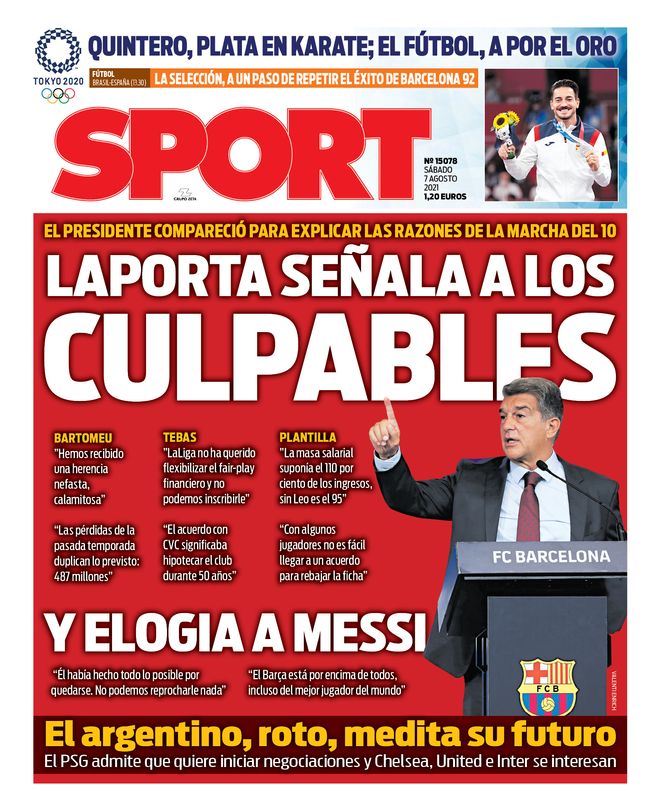 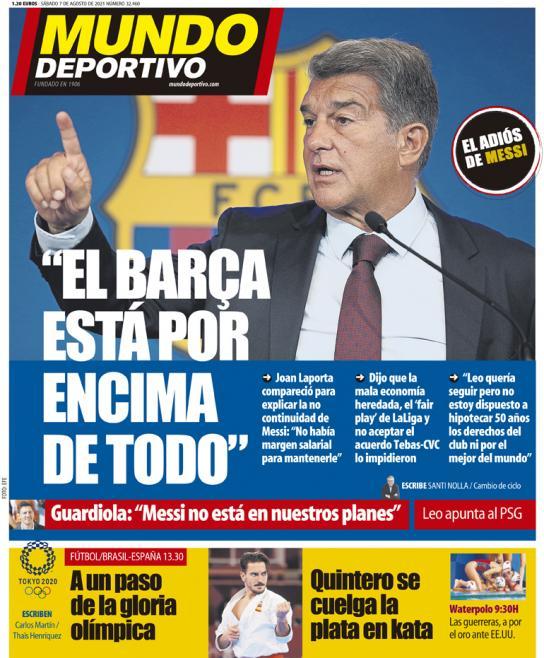 BARCELONA: Joan Laporta - 'Barcelona is above all else'. Laporta offers his insight on Lionel Messi's contract talks by stating the club's revenue margins would not allow a renewal for their talisman. He has reiterated his call for La Liga to alter their financial requirements to facilitate a deal ahead of their proposed investment agreement with American firm CVC.