Friday’s Front Page Headlines from Marca, Diario AS and Mundo Deportivo, in English. 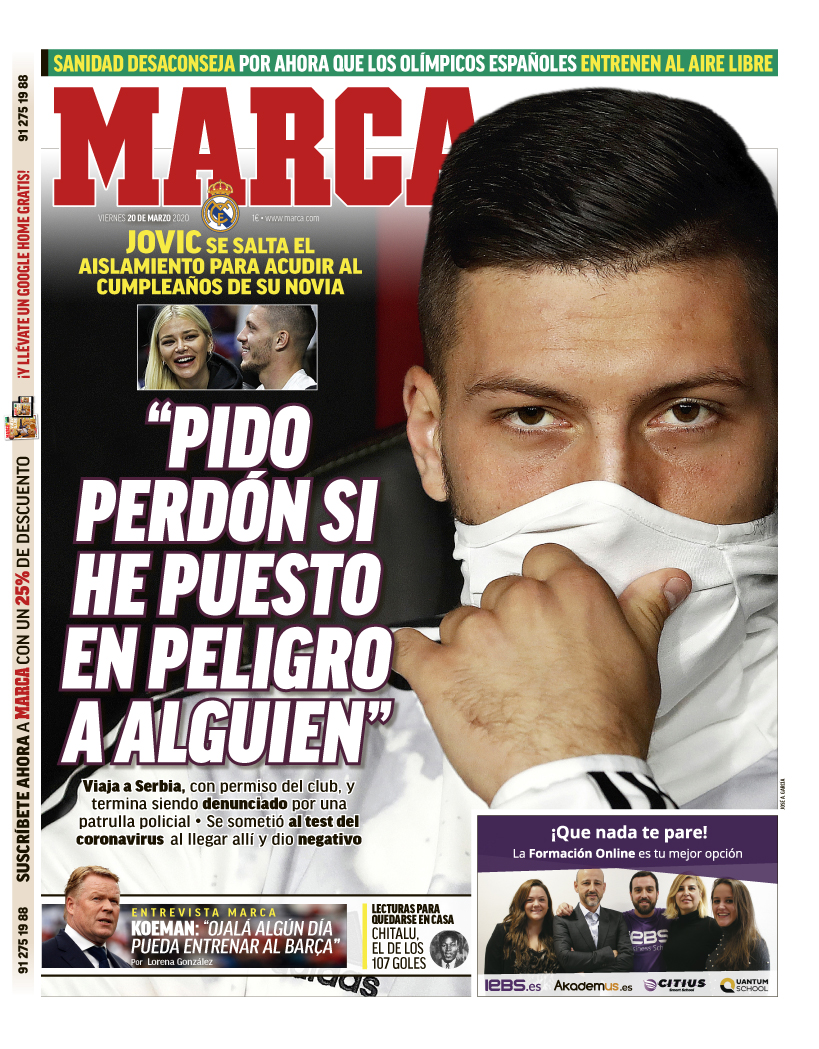 REAL MADRID: Luka Jovic spotted in Serbia outside of the Spanish Covid-19 quarantine. The striker was reportedly given permission by the club, but after being stopped by a police patrol he has apologised for 'putting anyone in danger by his actions'. BARCELONA: Ronald Koeman. One day I want to manage Barcelona 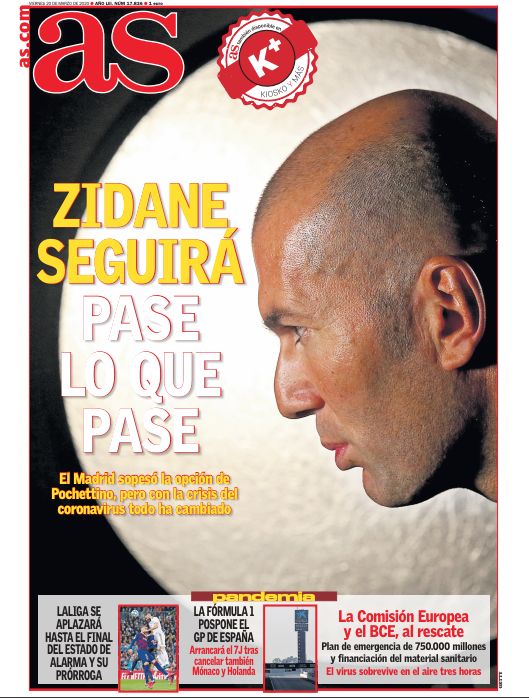 REAL MADRID: Zinedine Zidane will remain at Real Madrid regardless of what happens this season. The club had considered a move for Mauricio Pochettino, but the French boss will now stay. 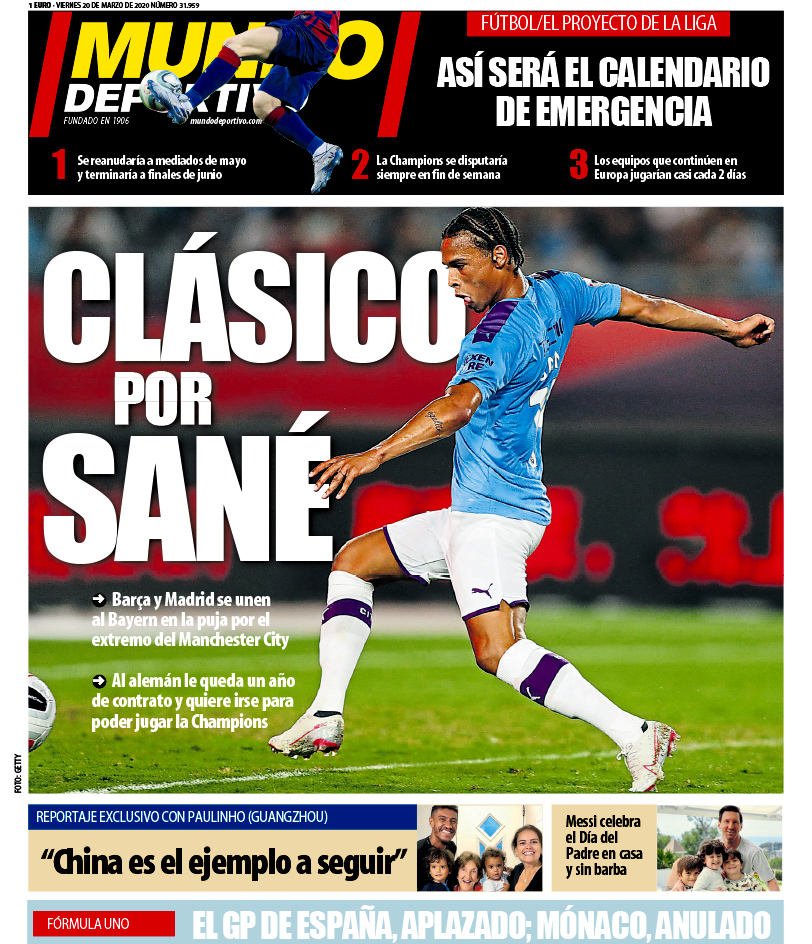