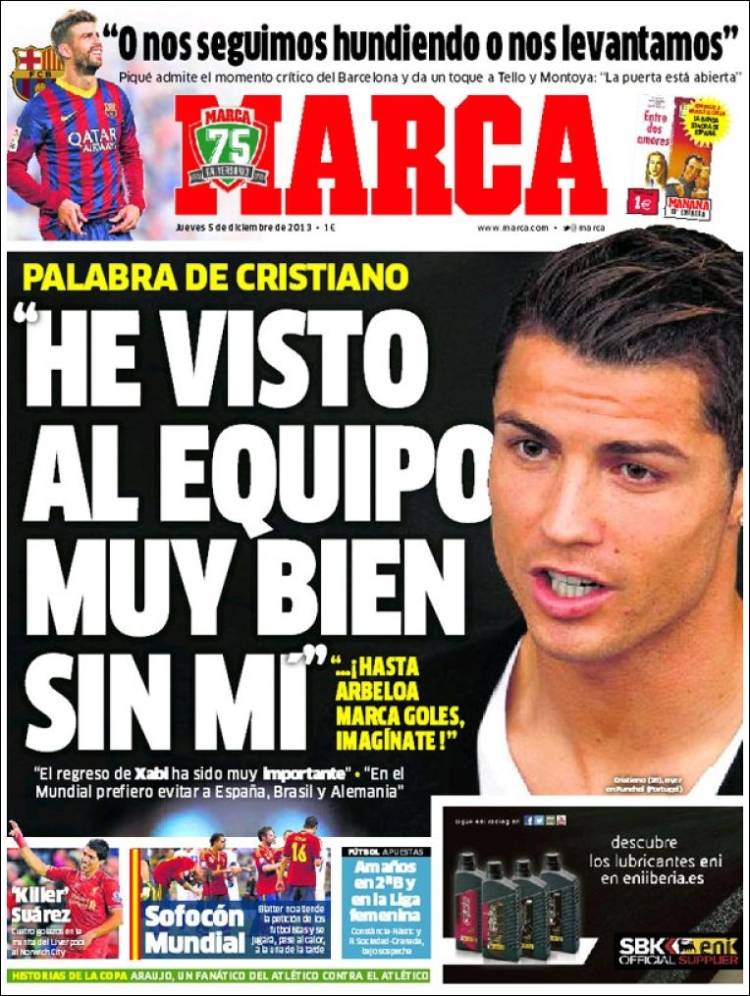 “I’ve seen the team do well without me”

“Even Arbeloa has scored. Imagine that!”

“Xabi’s return has been very important”

“In the World Cup I prefer to avoid Spain, Brazil and Germany”

Pique admits to a critical moment for Barcelona and tells Tello and Montoya: “The door is open”

“We either continue sinking or pick ourselves up”

Match-fixing in Segunda B and the ladies’ League 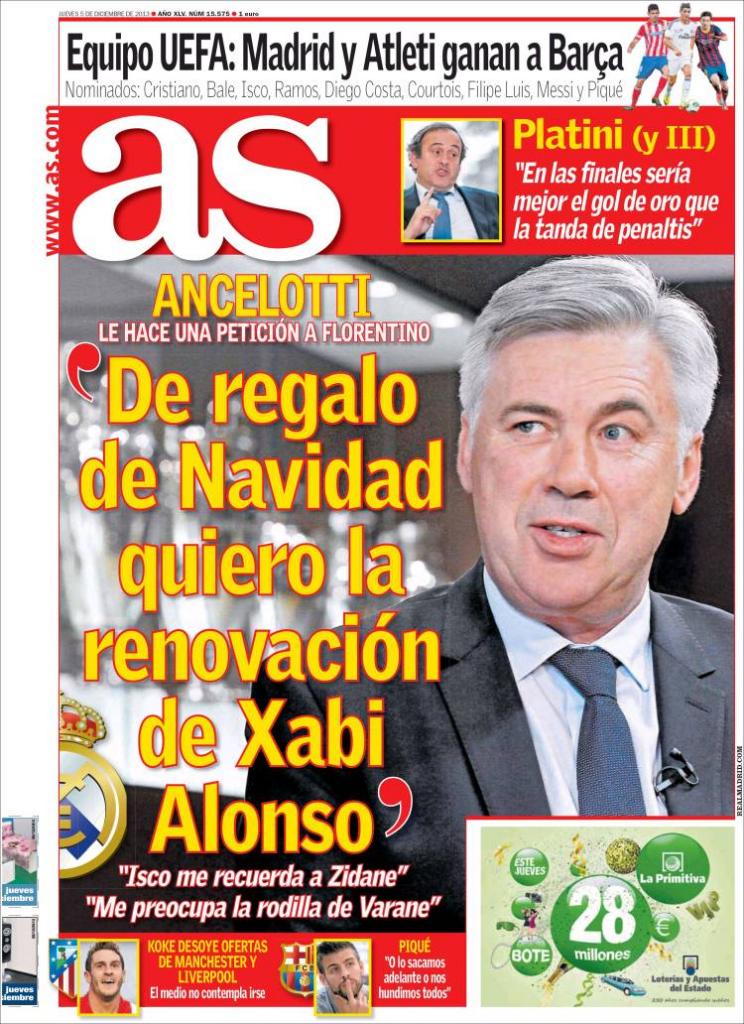 Ancelotti makes a plea to Florentino

“Isco reminds me of Zidane”

Platini: “In the finals the golden goal would be better than a penalty shoot-out”

Koke turns down offers from Manchester and Liverpool; the midfielder does not contemplate leaving

Pique: “We either continue sinking or pick ourselves up” 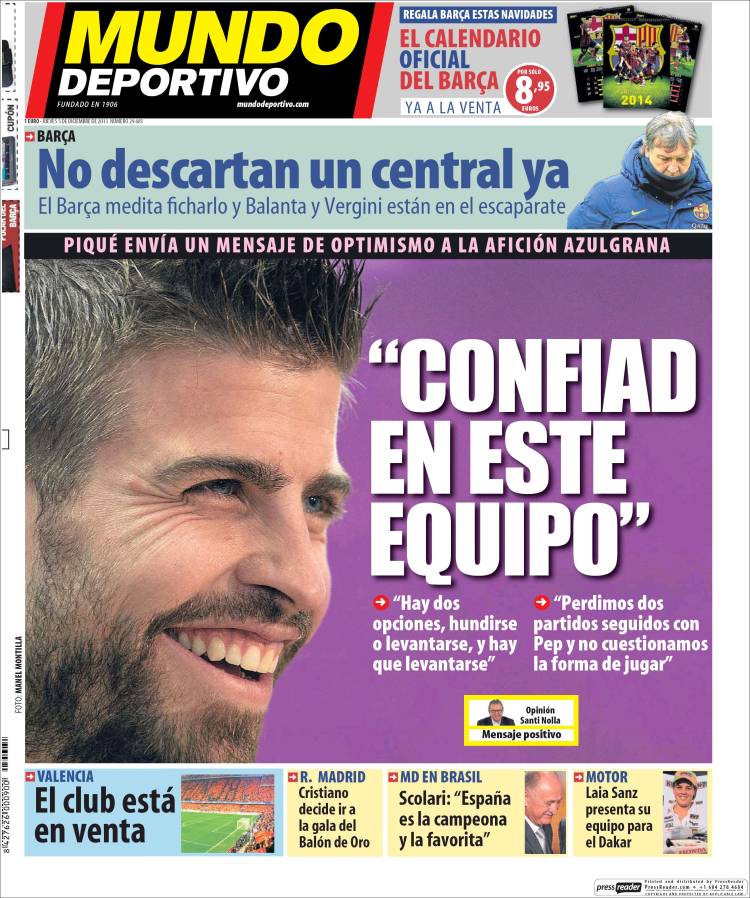 Pique sends a message of optimism to Blaugrana fans

“I trust in this team”

“There are two options: We can sink or pick ourselves up, so we must lift ourselves”

Don’t rule out a central defender

Barca are thinking of signing Balanta and Vergini, who are in the shop window

Valencia – the club is for sale

Scolari: “Spain are champions and favourites”