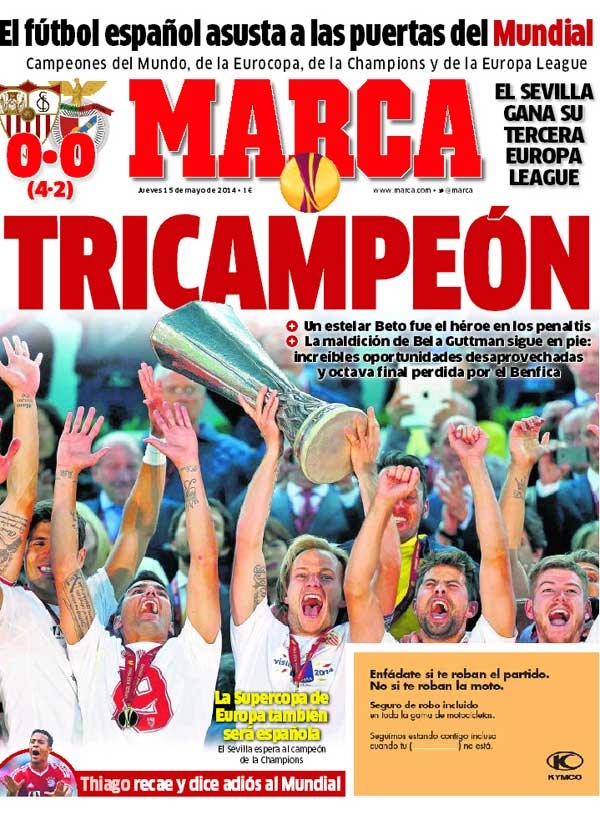 The curse from Bel to Guttman continues; Incredible opportunities lost and an eighth final lost by Benfica

Champions of the world, European Cup, the Champions League and now the Europa League 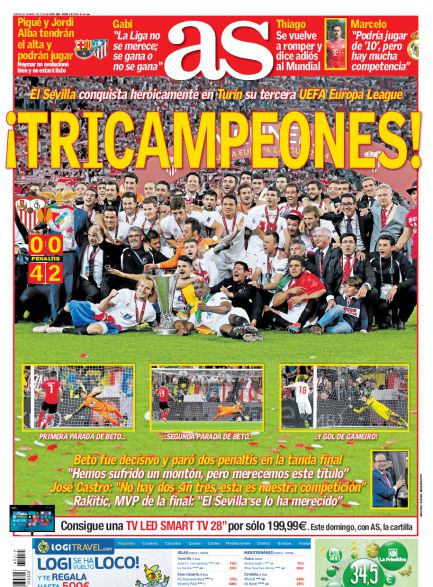 "We have suffered a lot but we deserve the title"

Jose Castro: "Now with three, this is our competition"

Rakitic: MVP of the final: "Sevilla deserve it"

Gabi: "La Liga is not deserved, you either win it or you don't"

Thiago suffers another injury and says goodbye to the World Cup

Marcelo: "I could play as number 10, but, there is a lot of competition" 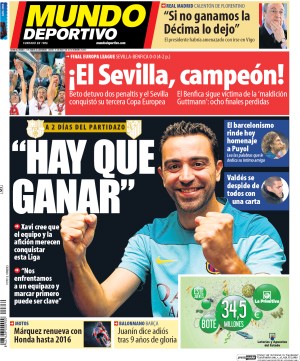 Xavi believes that his team and the fans deserve the title

"We will face a great team and have to score the first goal, it will be key"

Barcelona to give homage to Puyol today

Valdes says goodbye to all with a letter

Benfica continues to be a victim of Guttman; eight finals lost

Marquez renews with Honda until 2016