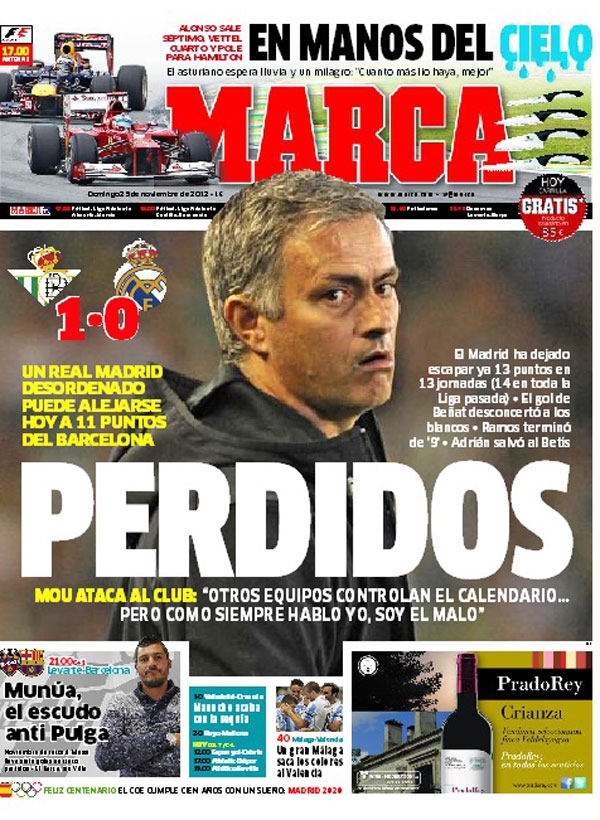 Losers: Mou goes on the attack, “other teams have control of the calendar like always, because I say something I will be the villain"

Ramos finish the game as the number ‘9’

Adrian in goal for Betis came to their rescue 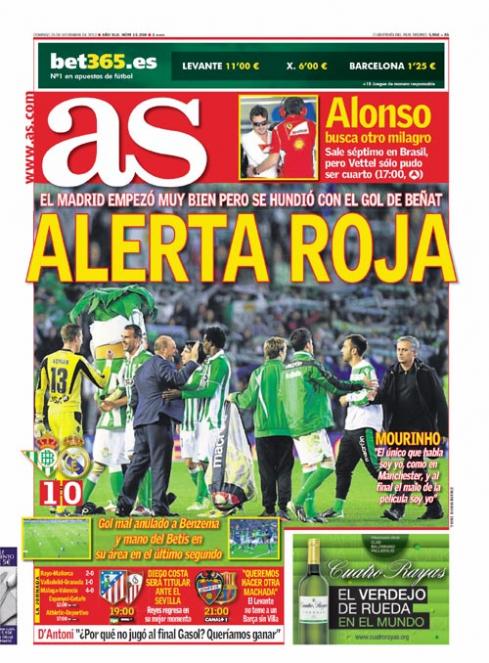 Red alert: Madrid start well but sink to a goal from Benat

Mourinho: "As I am the only one speaking out, as in Manchester, I will be the bad guy"

Diego Costa will start against Sevilla 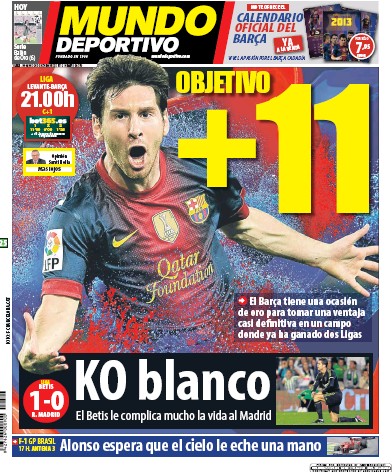 Objective 11 points: Barca have a golden chance to take a clear advantage on a pitch where they have won two La Ligas