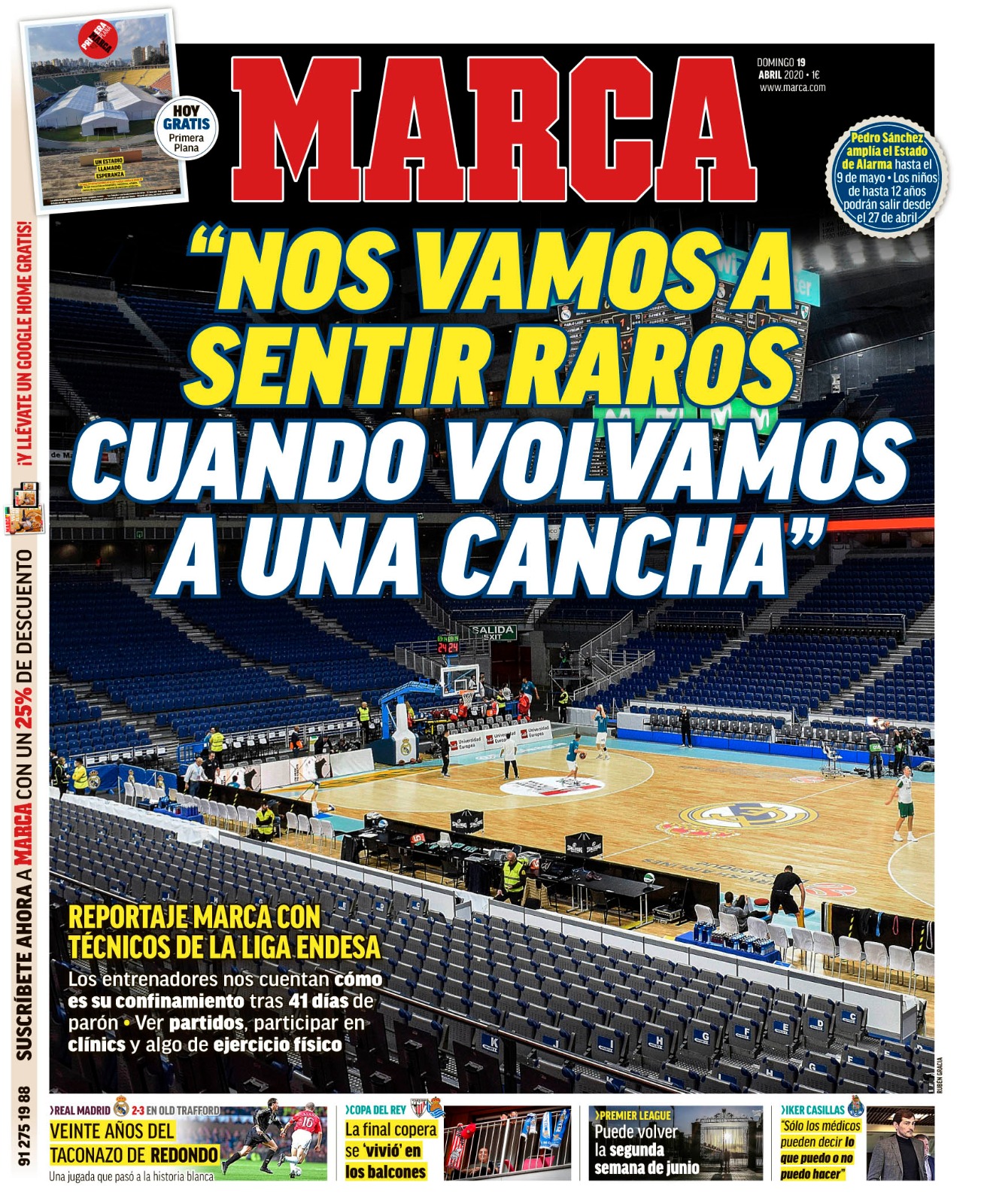 REAL MADRID: Twenty Years Since Redondo's Back Heel - An interview with the former Real Madrid midfielder on the anniversary of their famous 3-2 win away at Manchester United. COPA DEL REY: The Final is lived on the balconies - Athletic Bilbao and Real Sociedad fans show their support with balcony flags on what should have been their Copa final meeting. 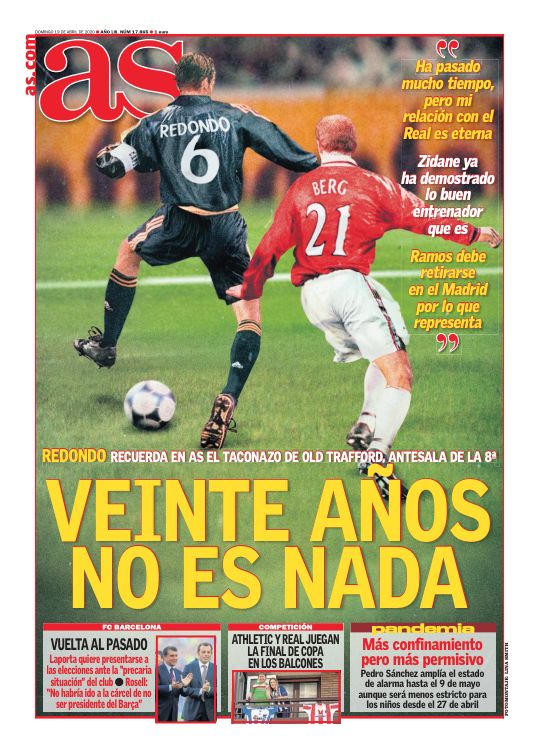 REAL MADRID: Redondo Interview - Twenty Years in Nothing - 'Much time has passed, but my relationship with Real Madrid is eternal', 'Zidane has already shown what a good coach he is', 'Ramos should retire at Real Madrid'. BARCELONA: Back In The Past - Joan Laporta wants to stand for election at the club, and Sandro Rossell claims he would not have gone to jail if had not been club president. 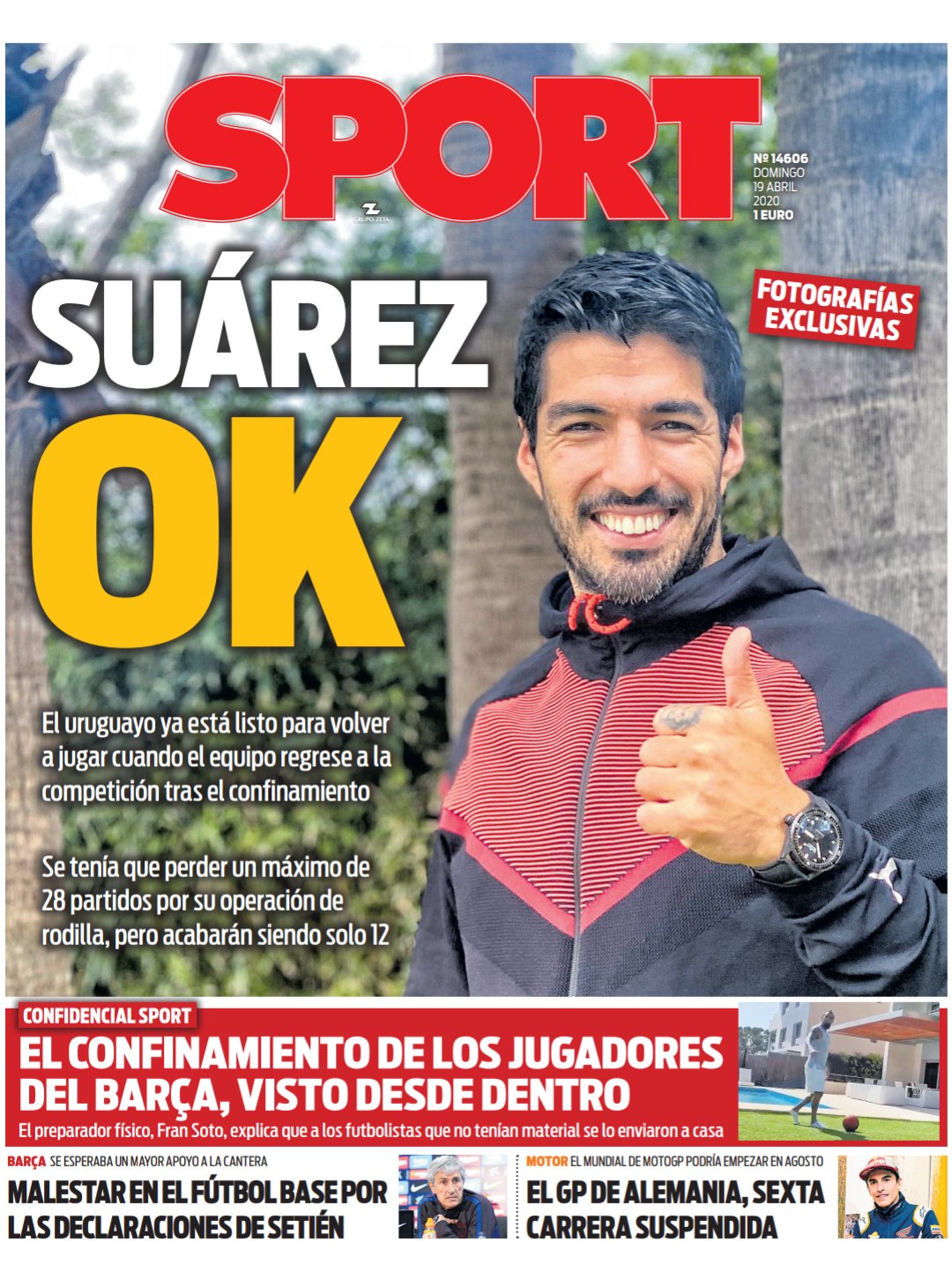 BARCELONA: SUAREZ OK - The Uruguayan is ready to return to action when La Liga returns following it's coronavirus suspension. He has missed 28 games after undergoing surgery in January, and will now play the last 12 of the season.