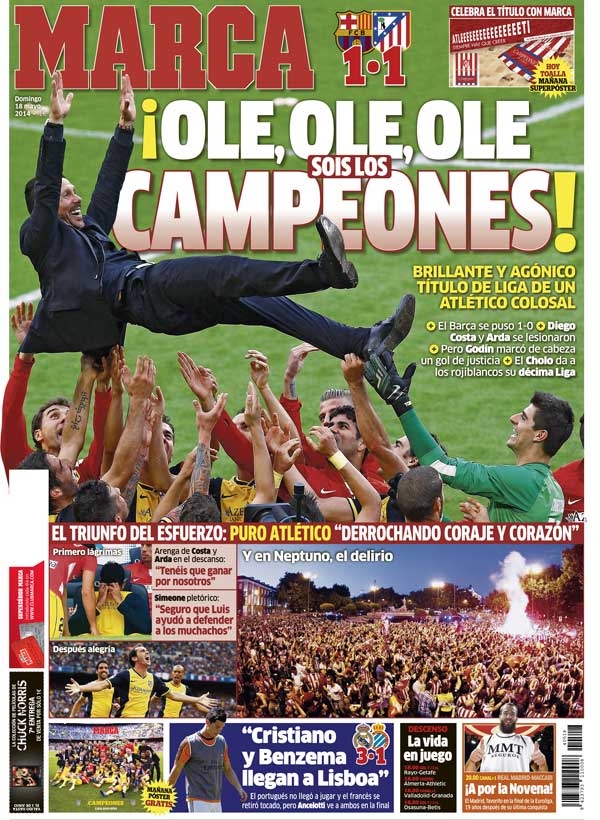 Ole, ole ole, you are Champions!
Brilliant yet agonising, a colossal Atletico win La Liga
Barca went ahead 1-0
Diego Costa and Arda went off injured
Godin scored with a header to level matters
El Cholo gives Los Rojiblancos their tenth league title
A triumph borne from effort, pure Atletico use up every bit of courage and heart
Arda and Costa rally the team in the break: "You have to win for us"
Simeone was exultant: "I have sure that Luis was helping our boys defend"
"Cristian and Benzema to go to Lisbon"
The Portuguese could not play and the Frenchman had to retire early but Ancelotti is taking both to the final 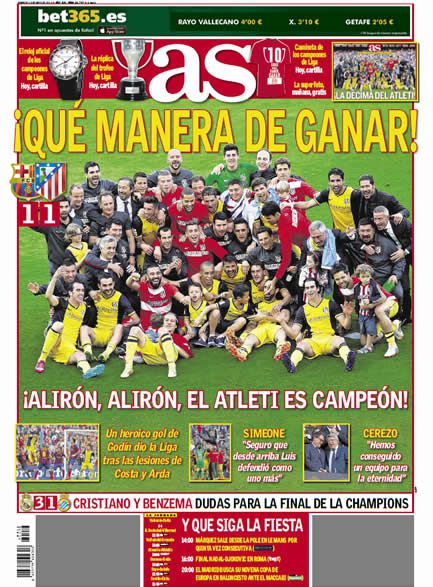 What a way to win 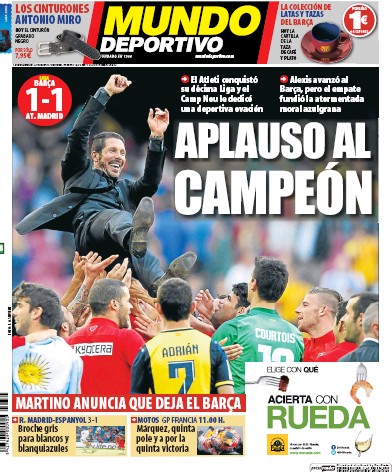