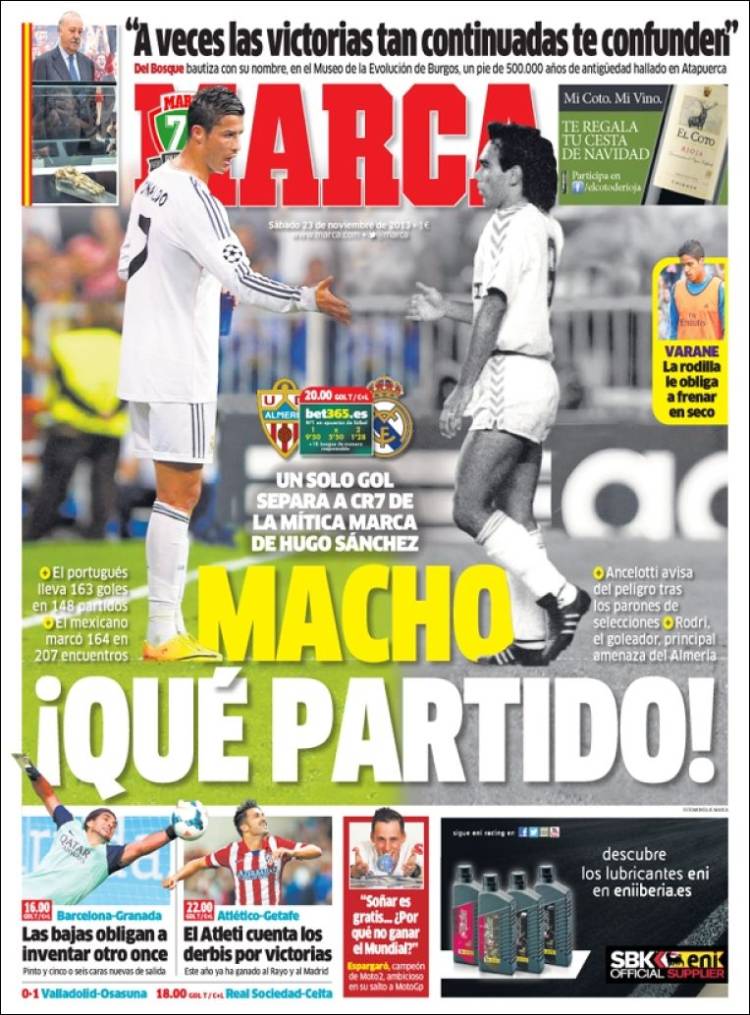 Macho. What a game!

Only one goal separates CR7 from Hugo Sanchez’s mighty benchmark

Ancelotti warns of the danger following the international break

“Sometimes so many consecutive victories can confuse you”

Del Bosque christens his name in the Evolution of Burgos museum, a 500,000-years-old footprint found in Atapuerca

Varane: knee forces him to stop

Barcelona-Granada: injuries force the invention of another XI, Pinto and five or six new faces come in

Atletico-Getafe: Atleti count on the derbies for victory, this year they have beaten Rayo and Madrid 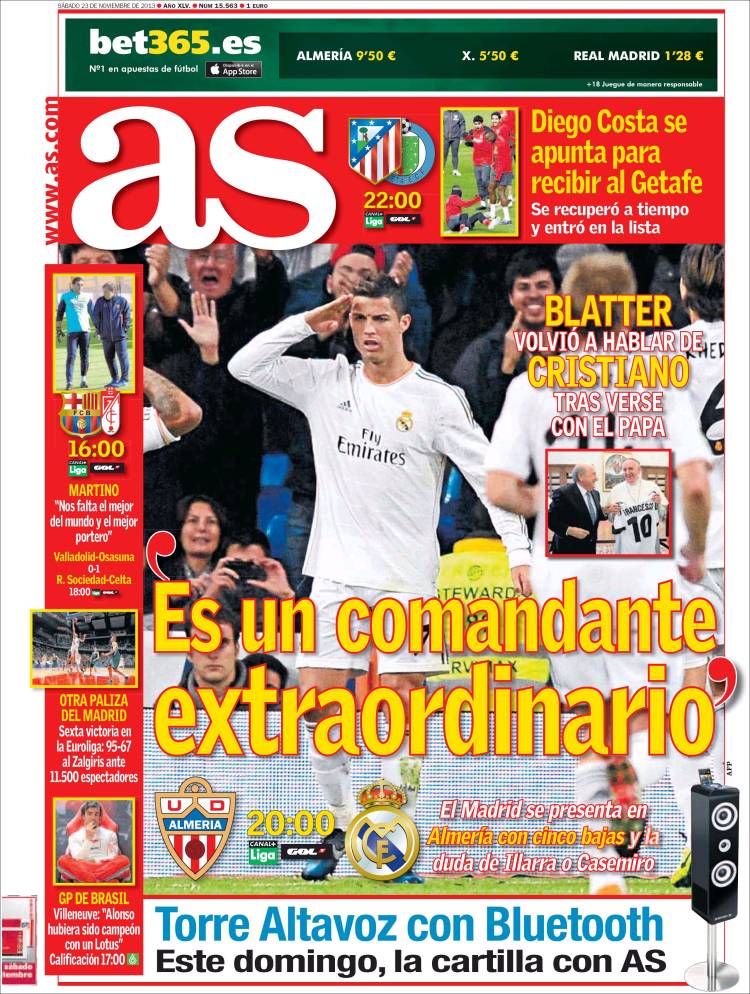 ‘He is an extraordinary commander’

Blatter speaks about Cristiano again after meeting the Pope

Diego Costa ready to welcome Getafe, he has recovered in time and will come into the squad

Martino: “We are missing the best goalkeeper and the best player in the world” 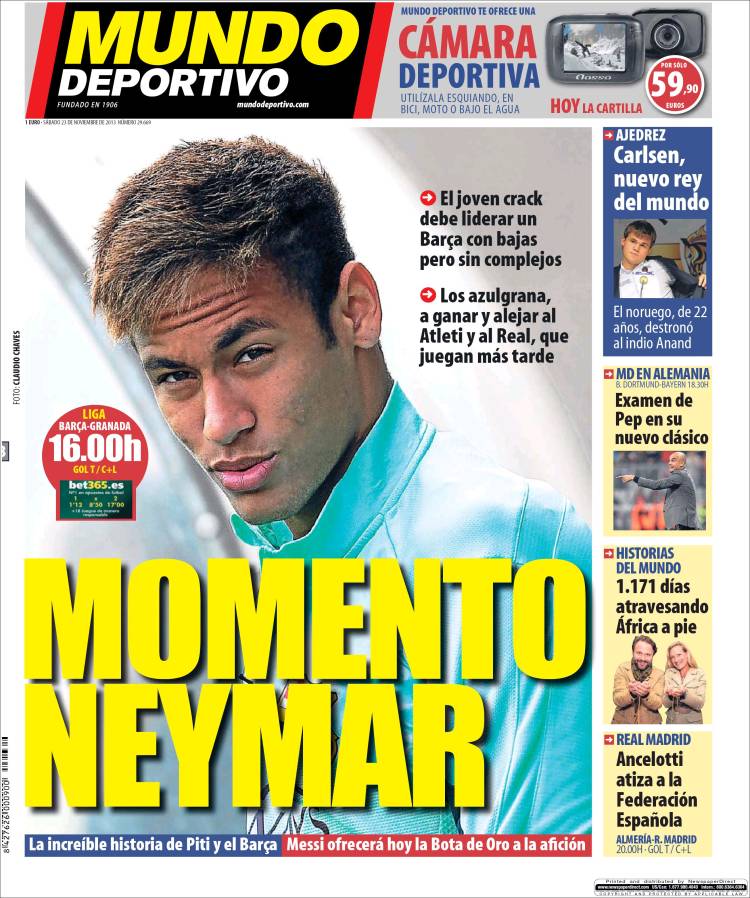 The Azulgrana, out to win and move away from Atleti and Real, who play later

The incredible history of Piti and Barca

Messi will today offer the Golden Boot to the fans

Examination for Pep in his ‘new’ Clasico