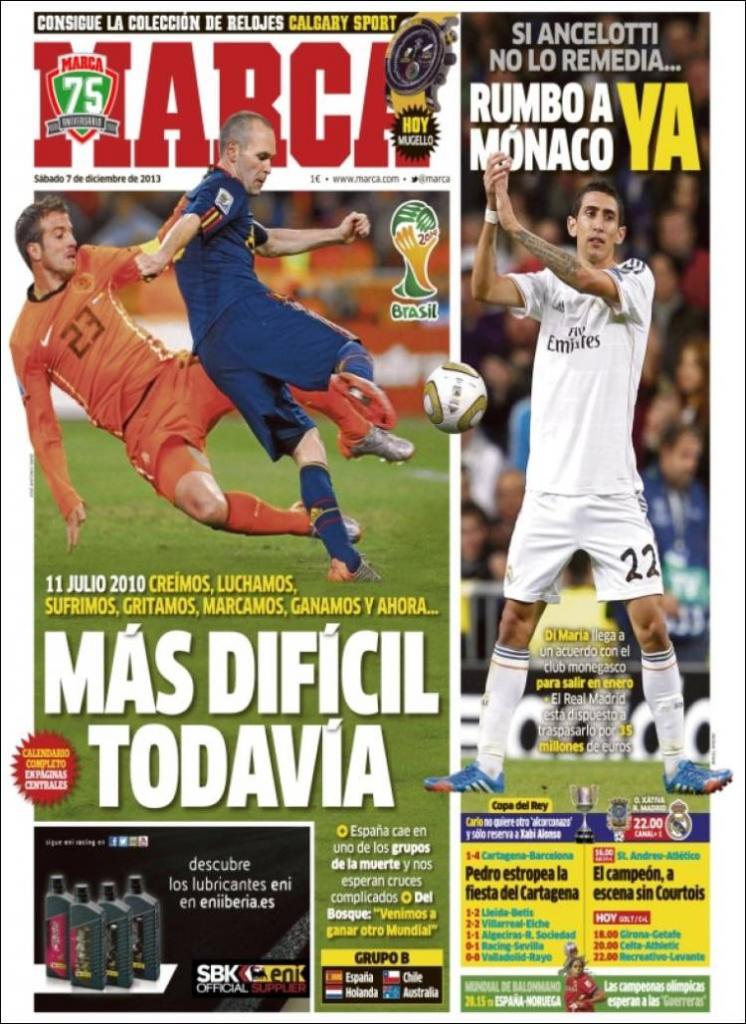 Del Bosque: “We are coming to win another World Cup”

If Ancelotti does not sort it out...on the way to Monaco

Di Maria reaches agreement with Monaco to leave in January

Real Madrid are ready to sell him for €35m

Copa del Rey: Carlo does not want another ‘Alcorcon disaster’ and only rests Xabi Alonso

St. Andreu-Atletico: the champions, without Courtois on the scene 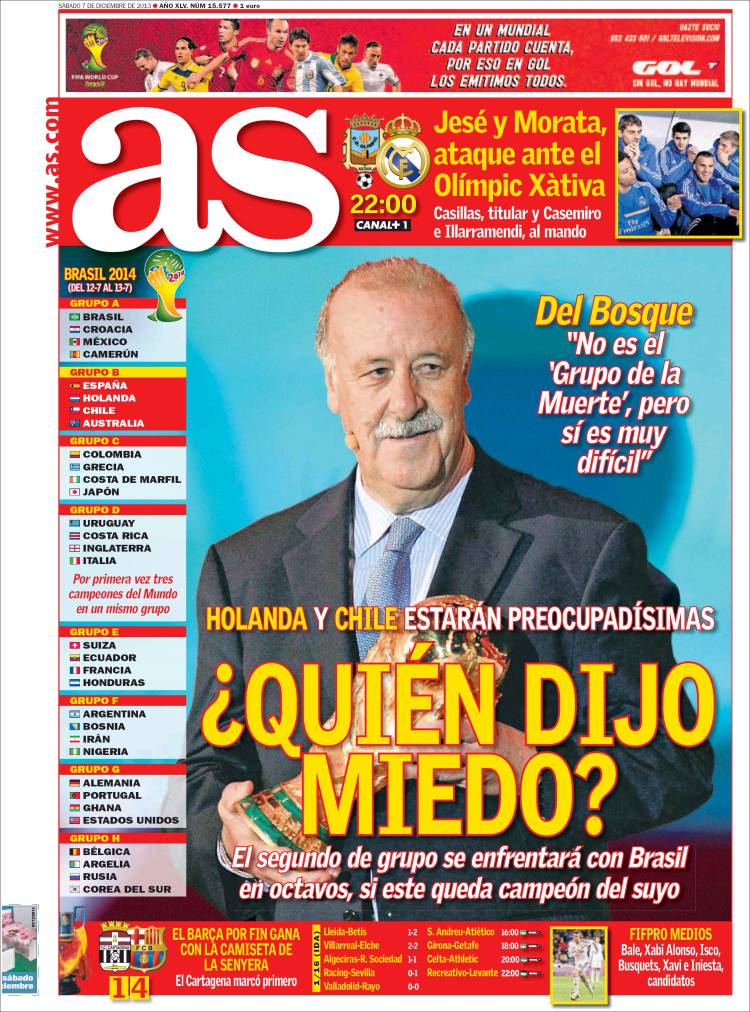 Holland and Chile will be very, very worried

The second in the group will face Brazil in the Last 16, providing they win their own

Del Bosque: “It’s not the group of death, but yes it is very difficult”

Jese and Morata, the attack against Olimpic Xativa

Casillas will start, with Casemiro and Illarramendi under orders 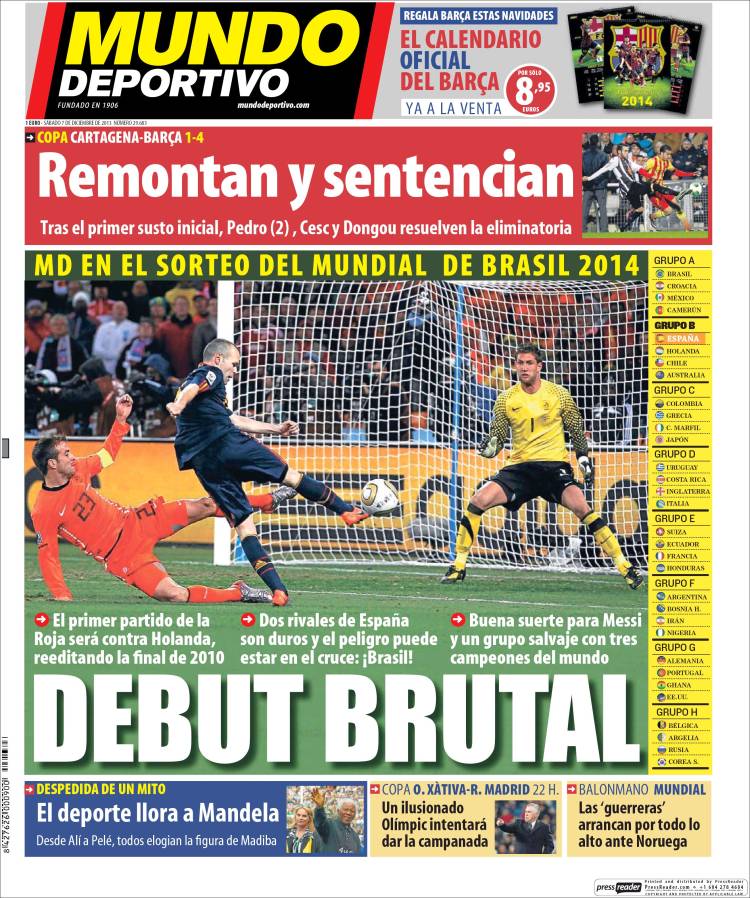 The first La Roja match will be against Holland, a repeat of the 2010 final

Two of Spain’s rivals will be tough but the danger could lie in the next phase – Brazil!

After the initial scare Pedro (2), Cesc and Dongou settle the tie

Goodbye to a great man: Sport cries for Mandela

From Ali to Pele, everybody pays tribute to the Madiba figure

Olimpic Xativa-Real Madrid: A hopeful Olimpic will attempt to cause a sensation