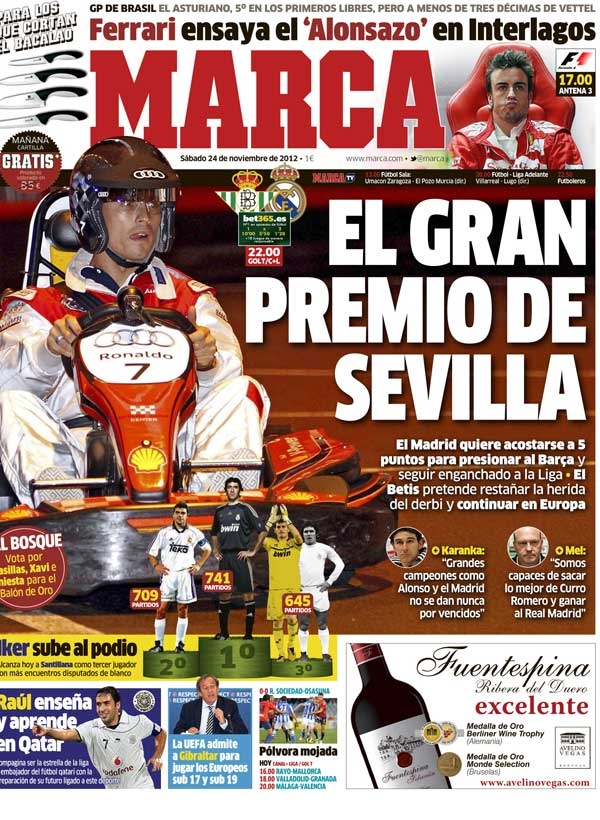 Mel: We are capable of getting the best from Romero and Curreo and winning against Madrid

Raul teaching and learning in Qatar: The La Liga legend is the star of the Qatari league 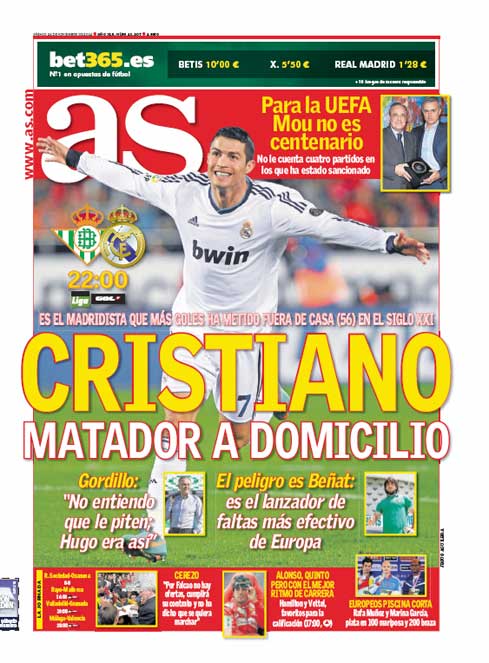 Cristiano ‘Killer of the home’

Gordillo: I do not understand why they whistle him

The danger man is Benat: The man most effective from free-kicks in Europe

For UEFA there is no centenary for Mou: He does not realise that for four of his 100 games he has been sanctioned

Cerezo: There are no offers for Falcao. 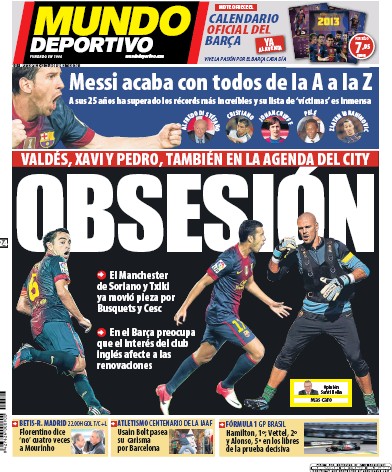 Valdes, Xavi and Pedro on the City’s wish list

Messi just about over everyone from A to Z