Saturday’s Front Page Headlines from Marca, Diario AS and Mundo Deportivo, in English. 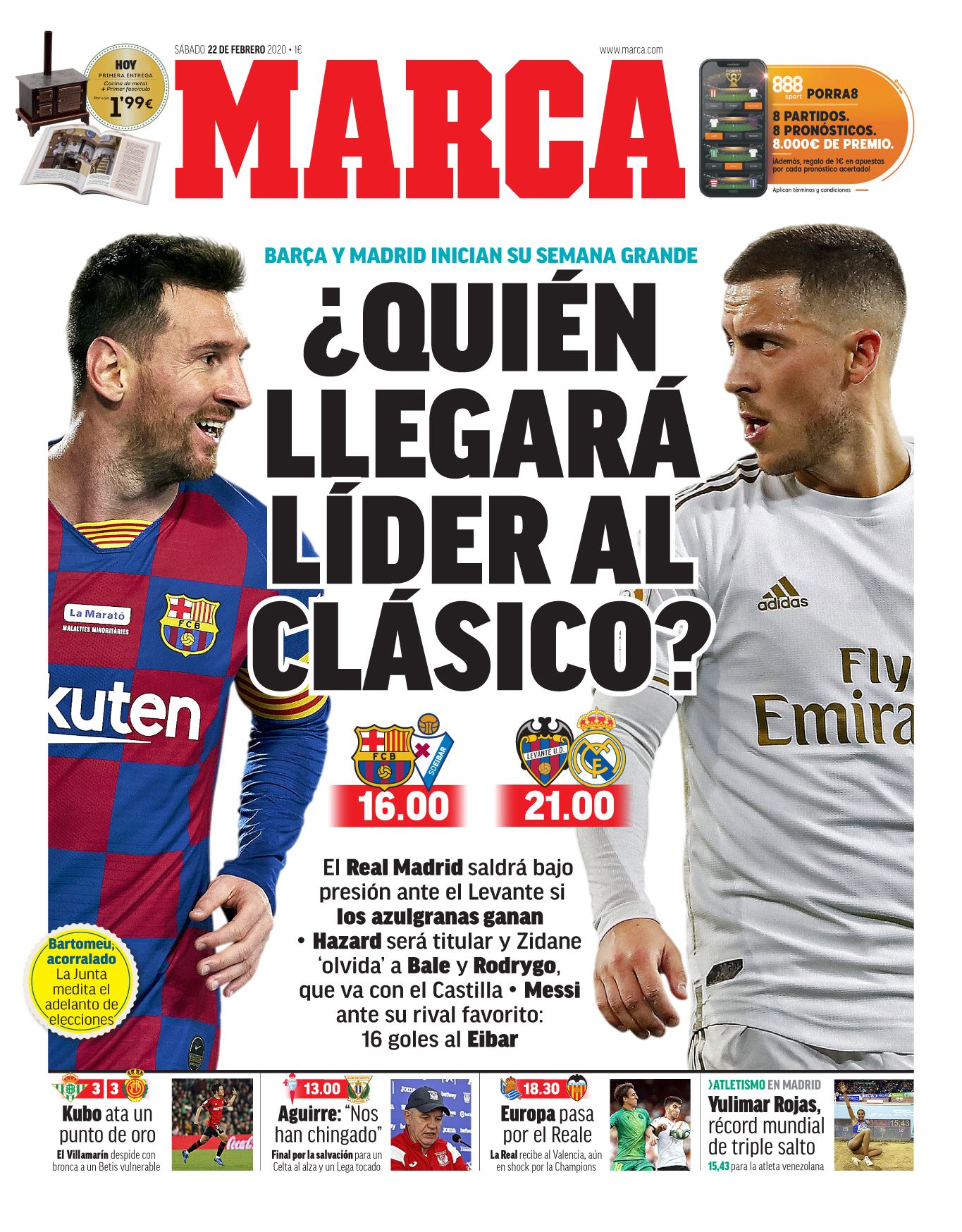 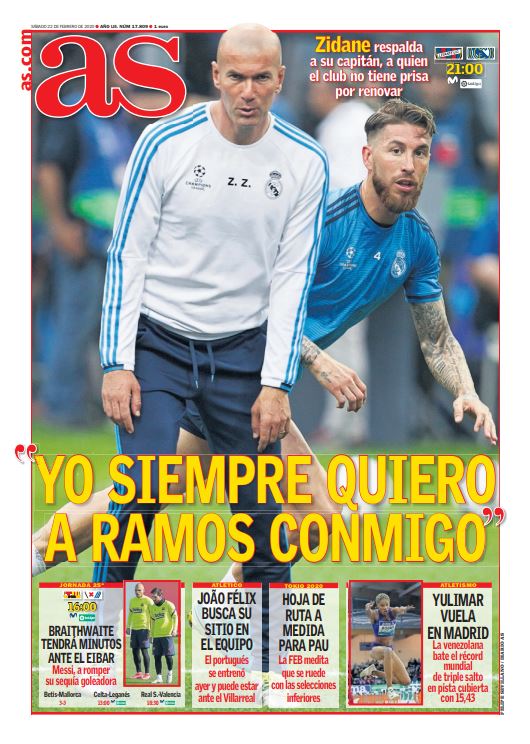 REAL MADRID: Zidane 'I always want Ramos with me' - Zidane backs Ramos to sign a new contract, despite the club delaying on a deal. 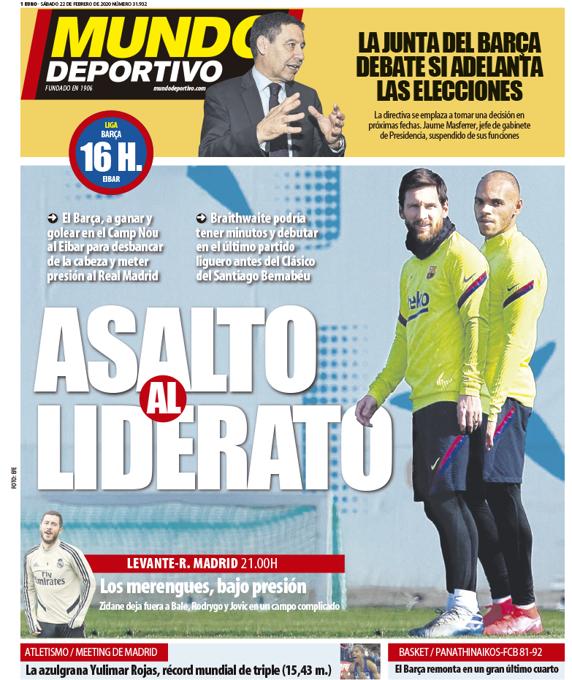 BARCELONA: Assault on the Leadership - Barcelona need to win with a healthy goal advantage against Eibar, to knock Real Madrid off the top of La Liga. BARCELONA: Martin Braithwaite is set to get some minutes on his club debut, ahead of the crucial El Clasico clash next weekend.