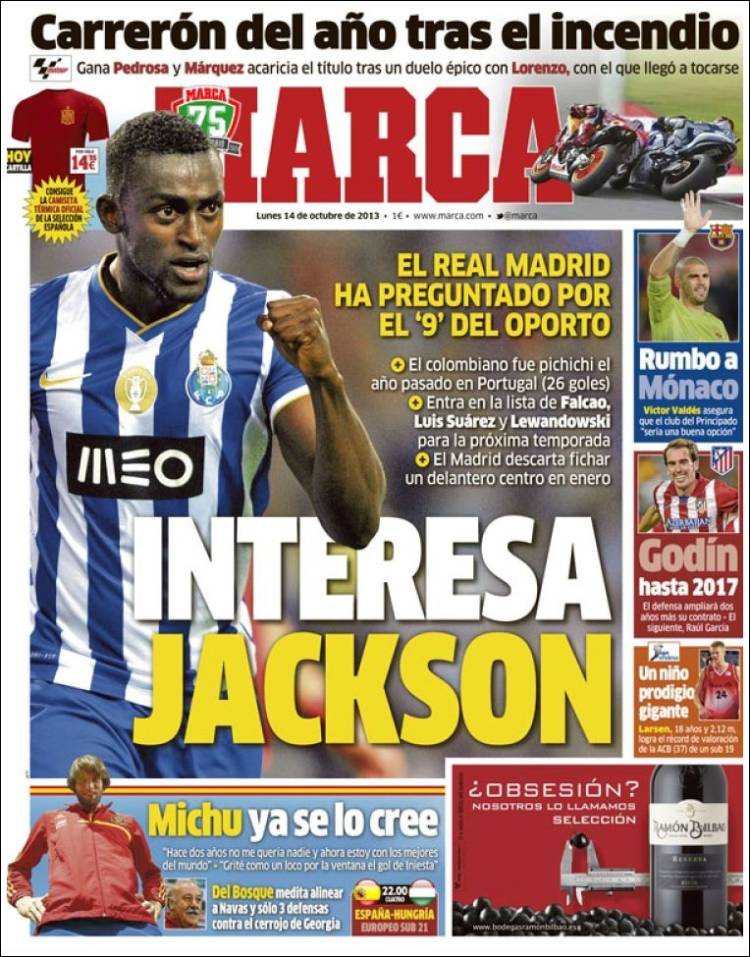 Real Madrid have asked about Porto’s No 9

The Colombian was Pichichi in Portugal last year with 26 goals

He joins a list for next season that includes Falcao, Luis Suarez and Lewandowski

Madrid rule out signing a centre-forward in January

On the road to Monaco: Victor Valdes admits that the Principality club “would be a good option”

Godin until 2017: The defender will extend his contract. Raul Garcia will follow

Michu now believes in himself 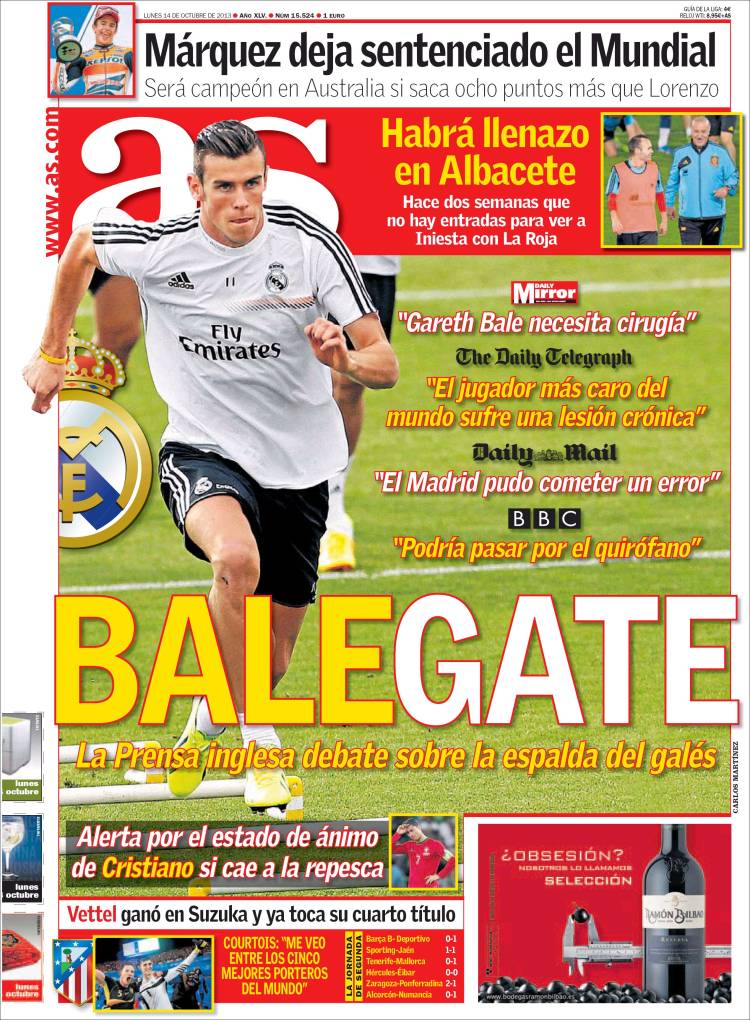 The English Press debate the Welshman’s back

The Daily Telegraph: “The world’s most expensive player is suffering from a chronic injury”

Daily Mail: “Madrid could have made a mistake”

BBC: “He may need an operation”

A full house in Albacete: it was sold out two weeks ago to see Iniesta and La Roja 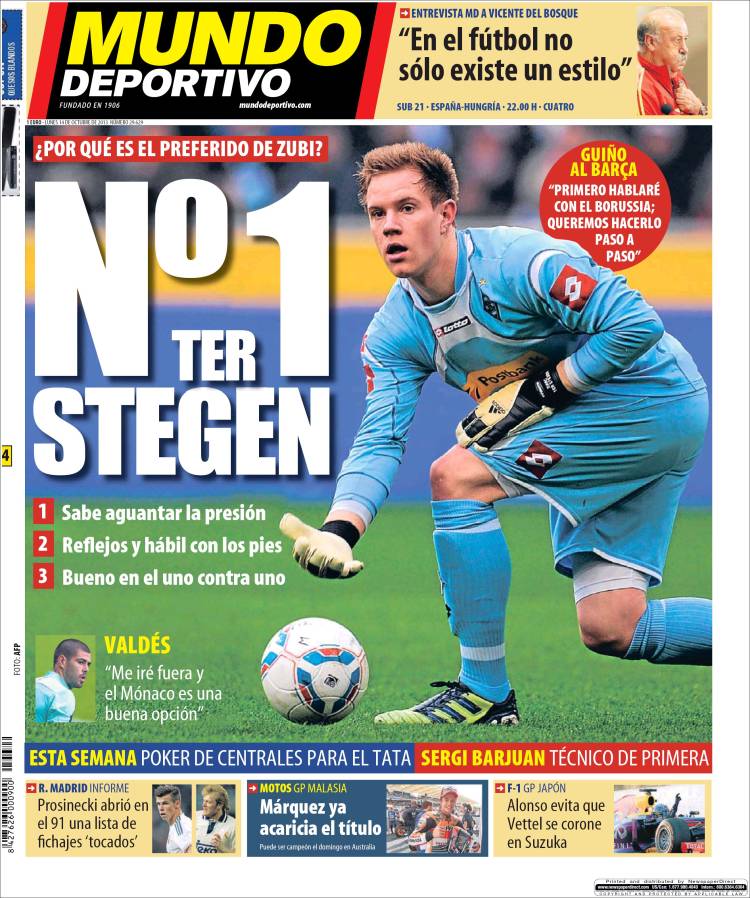 A wink to Barca: “First I will speak to Borussia. I want to take things step-by-step”

1. He knows how to handle the pressure

2. Reflexes and useful with his feet

Valdes: “I’m leaving and Monaco is a good option”

Interview with Vicente del Bosque: “In football there does not exist just one style”

Real Madrid: In 1991 Prosinecki began a list of ‘injured’ signings