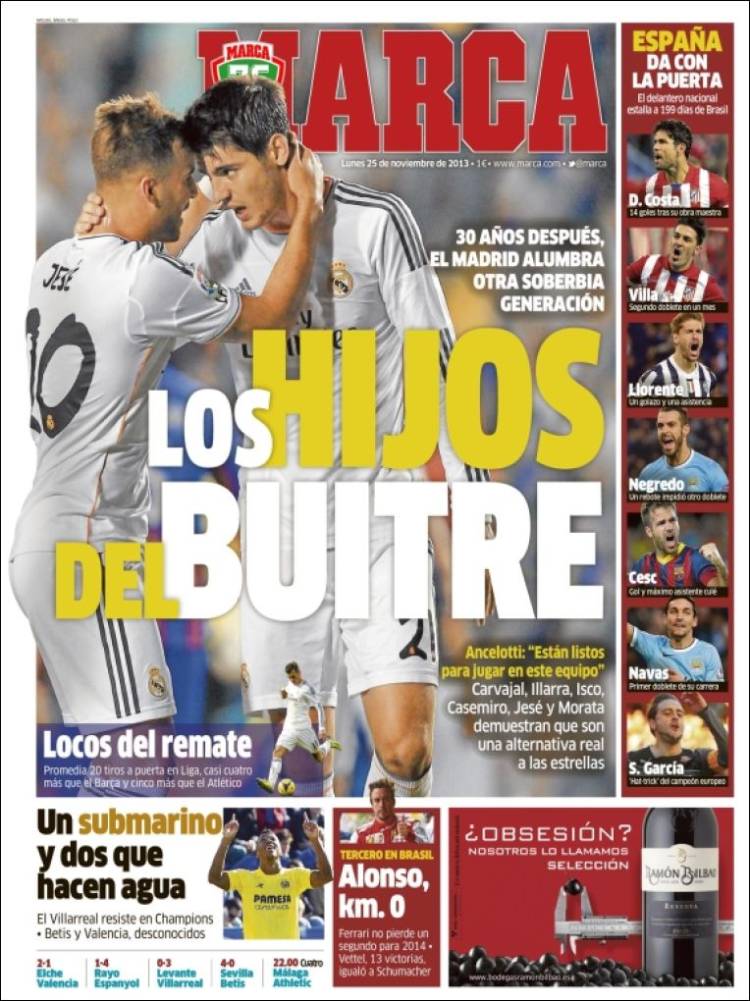 Ancelotti: “They are ready to play in this team”

Carvajal, Illarra, Isco, Casemiro, Jese and Morata show they are a real alternative to the stars

Shot madness – an average of 20 shots on goal in La Liga, nearly four more than Barca and five more than Atletico

One submarine and two that let in water 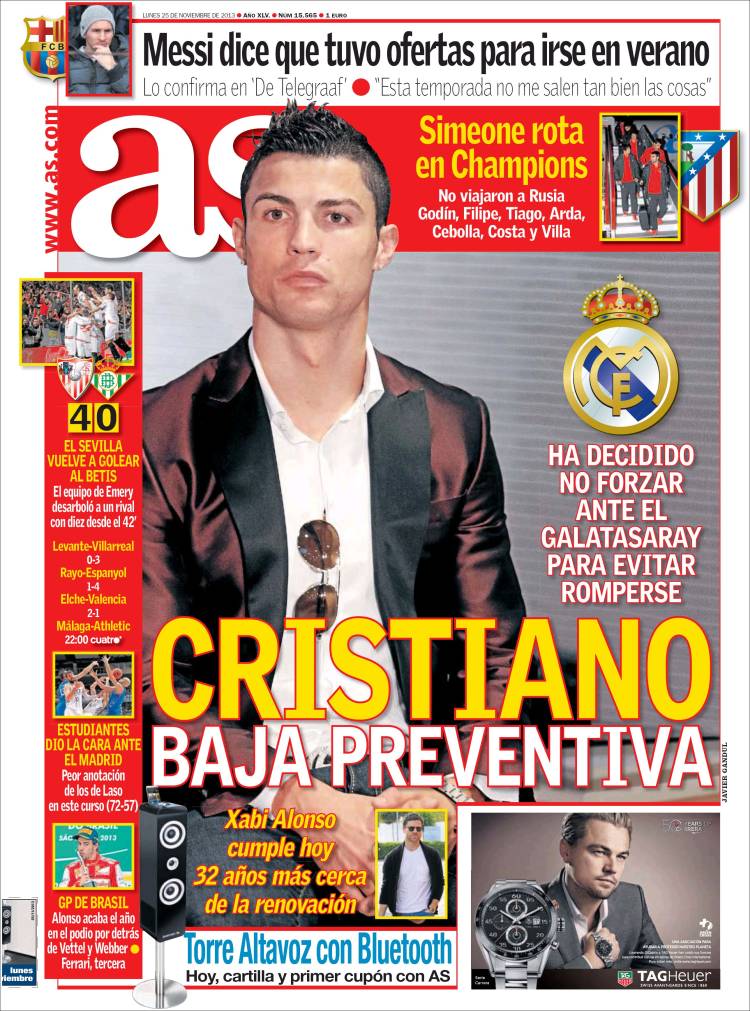 Cristiano out as a precaution

Messi says he had offers to go in the summer

He confirms it in De Telegraaf

“Things have not gone so well for me this season”

Simeone breaks the squad up for the Champions League – Godin, Filipe, Tiago, Arda, Cebolla, Costa and Villa will not travel to Russia 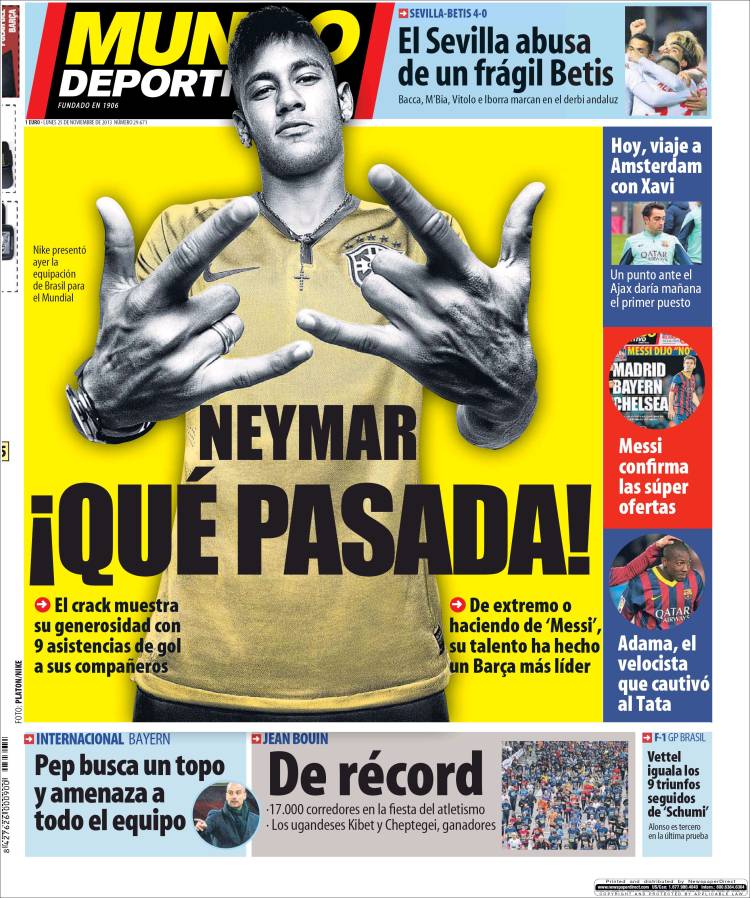 From winger to doing Messi’s job, his talent has made Barca even more like leaders

Nike presented the Brazil kit for the World Cup yesterday

Bacca, M’Bia, Vitolo and Iborra score in the Andalusian derby

Today, a trip to Amsterdam with Xavi

A point against Ajax tomorrow would ensure first place

Adama, the sprinter that Tata captured

Pep looks for the mole and threatens the whole team