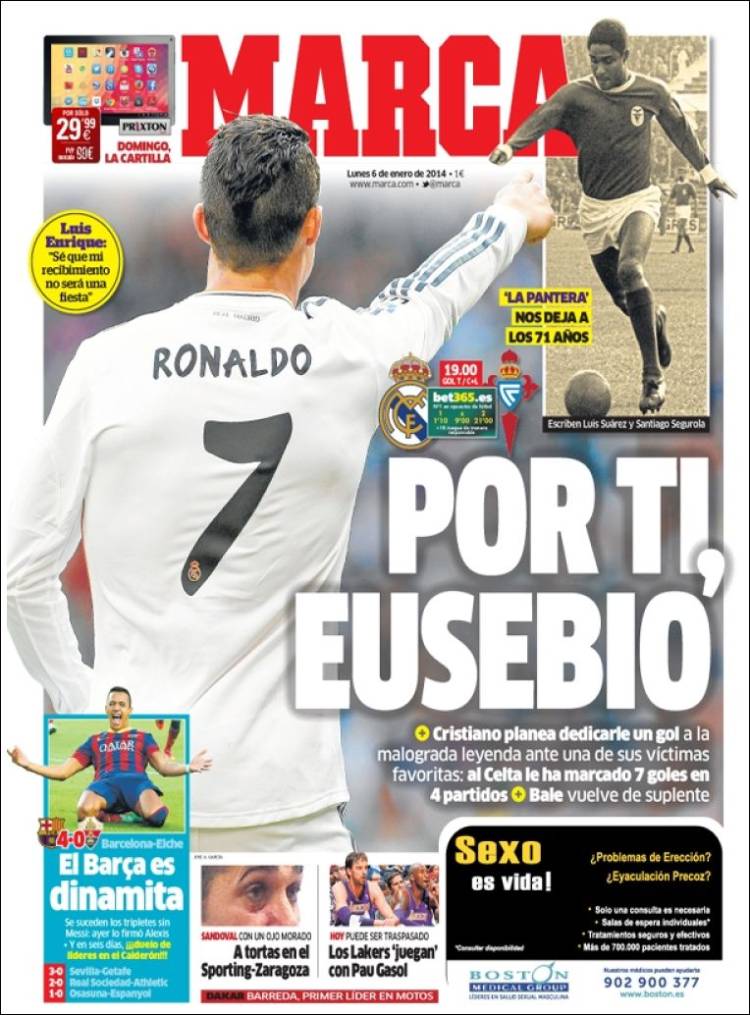 Cristiano plans to dedicate a goal to the ill-fated legend against one of his favourite victims: against Celta he has scored seven goals in four games

Bale returns as a substitute

Luis Enrique: “I know my reception will not be a celebration”

‘The Panther’ leaves us at 71-years-of-age

In six days it is the clash of the leaders at the Calderon!!!

Sandoval with a black eye, punched during the Sporting-Zaragoza game 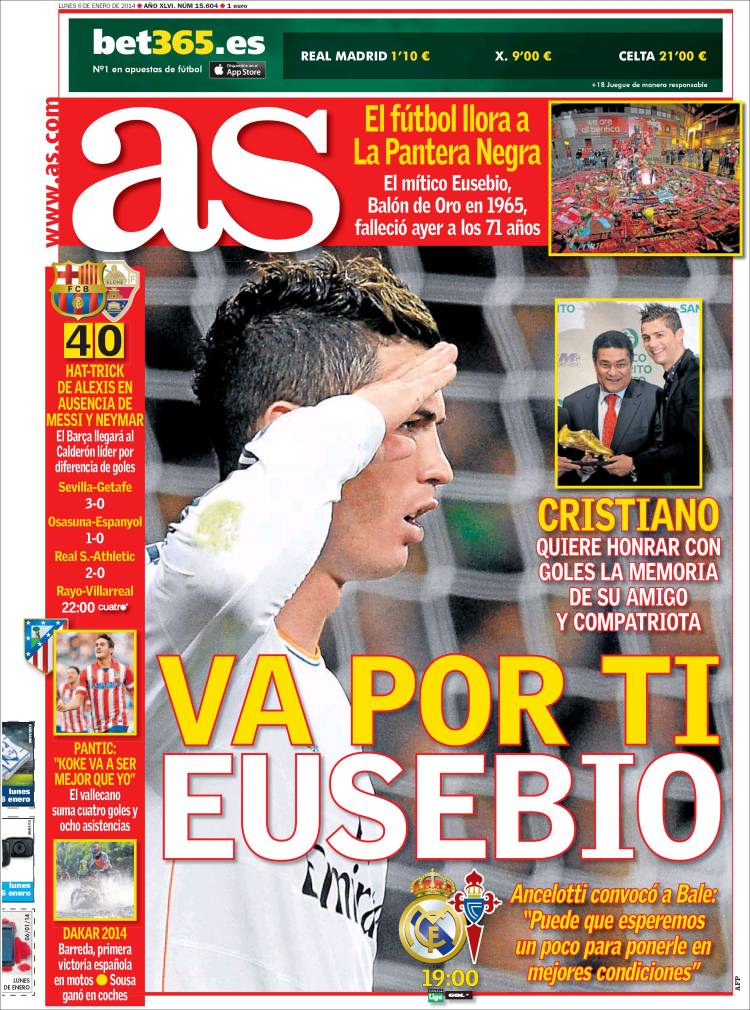 This one’s for you Eusebio

Football cries for the Black Panther

Alexis hat-trick in the absence of Messi and Neymar

Barca will arrive at the Calderon as leaders on goal difference

Pantic: “Koke is going to be better than me”

The Vallecano has four goals and eight assists 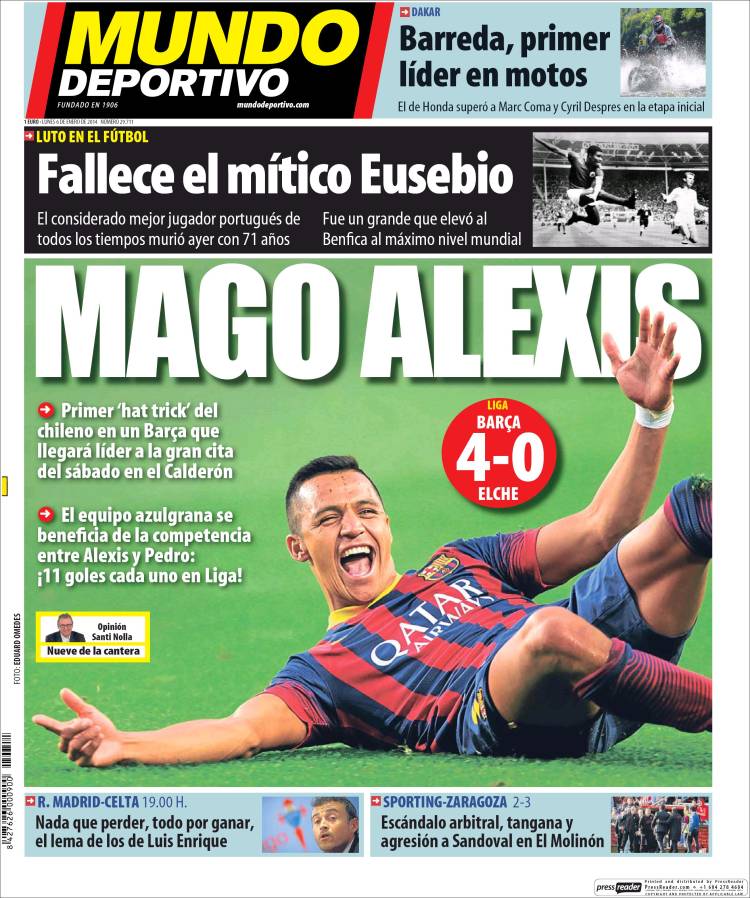 The Blaugrana team benefits from the competition between Alexis and Pedro: both have 11 La Liga goals!

Real Madrid-Celta: Nothing to lose, everything to gain is the motto of Luis Enrique’s men

Sporting-Zaragoza: Refereeing scandal, a brawl and aggression towards Sandoval at El Molinon