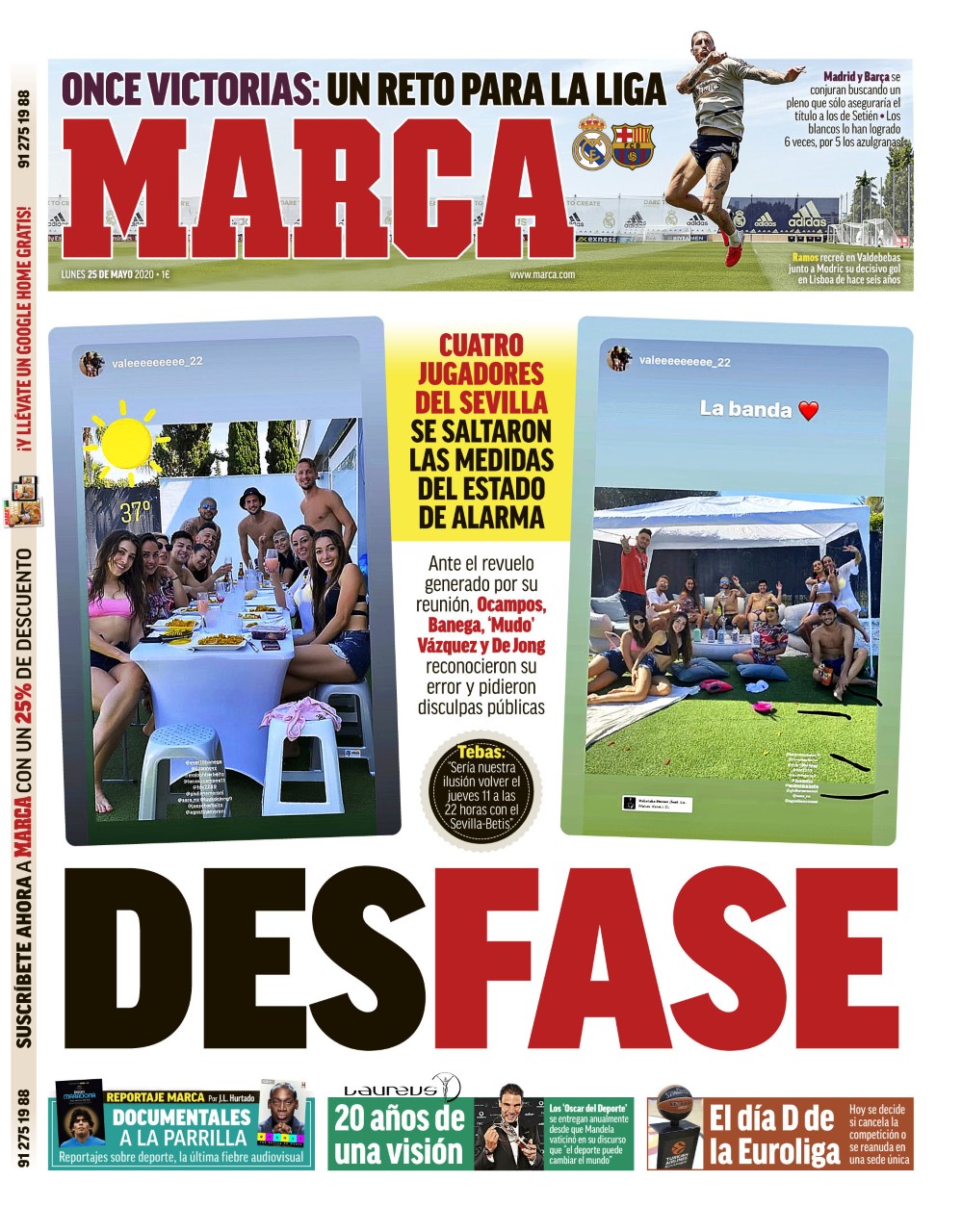 SEVILLA: Off The Rails - Four Sevilla players break the Spanish lock down guidelines with a group meeting, with Ever Banega, Lucas Ocampos, Luuk De Jong and Franco Vazquez forced to issues public apologies. 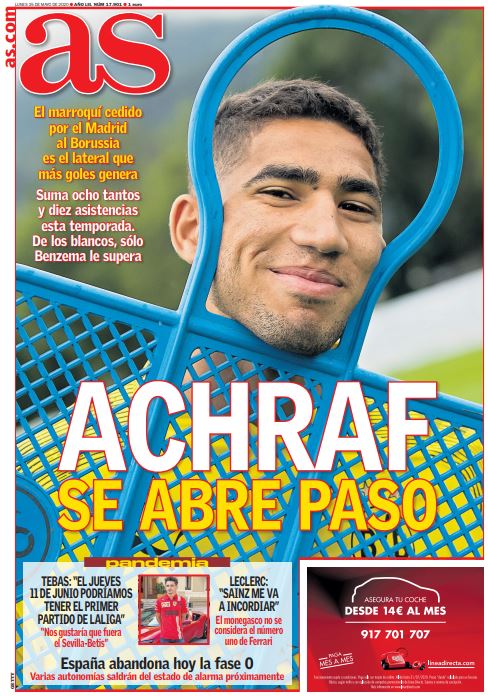 REAL MADRID: Achraf Steps Up - The Moroccan international is enjoying an excellent run of form on loan with Borussia Dortmund, with eight goals and ten assists this season.

BARCELONA. Juventus asks about Dembele - The Turin side have him on the periphery of their conversations over a deal for Miralem Pjanic, but Arsenal and PSG are also interested in the Frenchman.