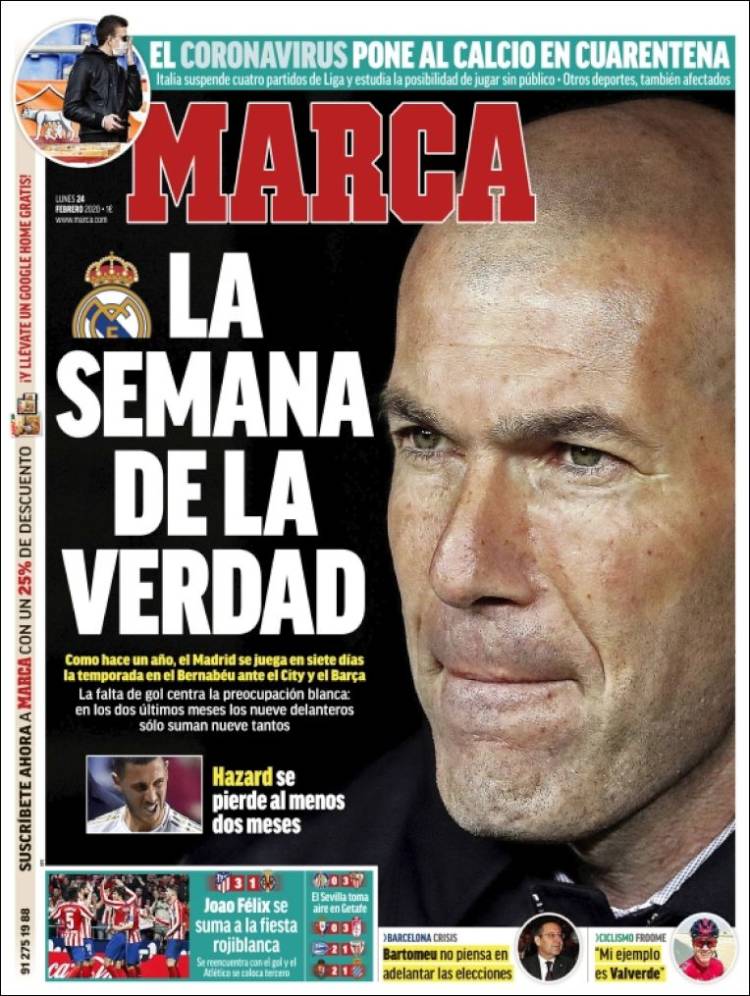 The week of truth Like a year ago, Madrid play twice in the Bernabeu in six days to define their season - City and Barca, In the last two months, 9 forwards have scored just 9 goals Hazard to miss at least two months Coronavirus suspends Serie A Joao Felix joins the Atleti party Bartomeu doesn't think of bringing forward the elections 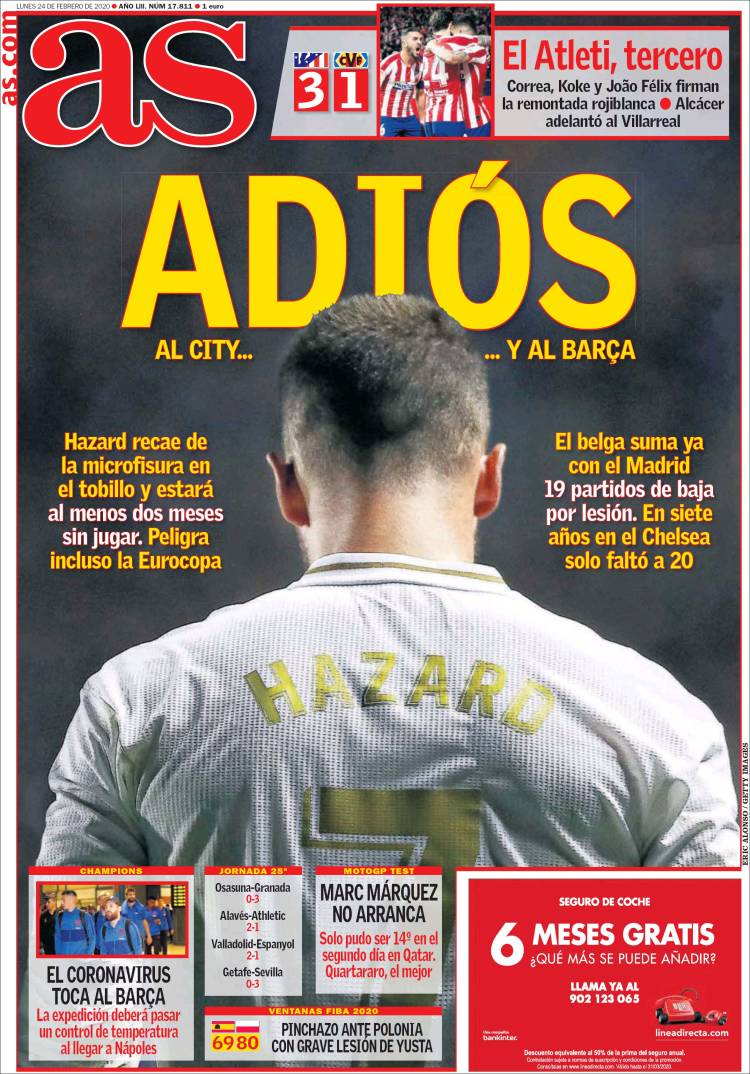 Goodbye...to City, and Barca Hazard to miss at least two months, also in danger of the European Championships, The Belgian has missed 19 matches with Madrid due to injury, with Chelsea he missed 20 in six seasons Atleti, back in third Coronavirus crosses paths with Barcelona 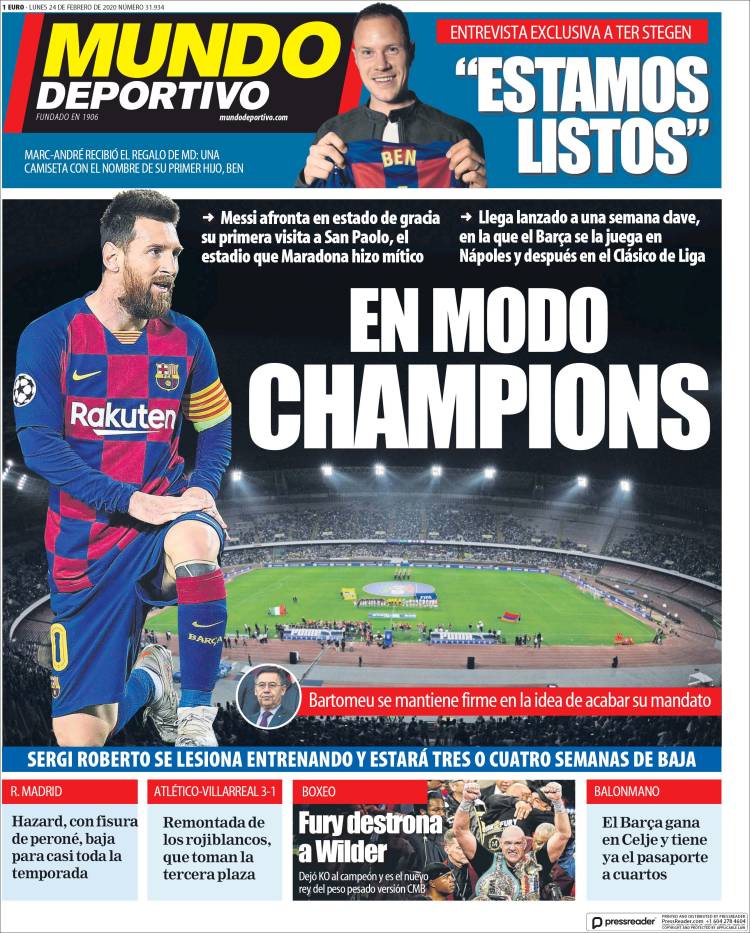 Champions League mode Key week for Barcelona, trip to Napoli before El Clasico Bartomeu still has the idea of seeing out his mandate Ter Stegen: We are ready Hazard to miss the rest of the season Atleti comeback against Villarreal to move third