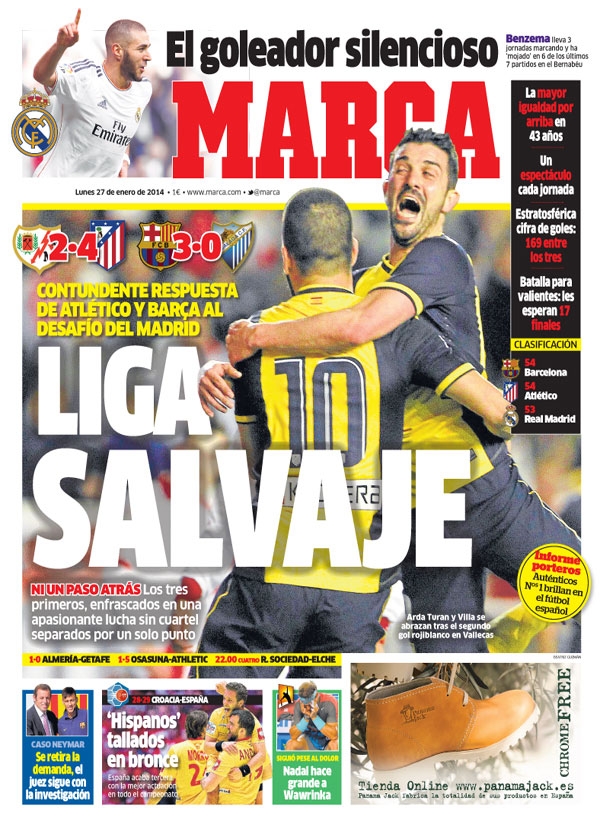 A wild La Liga
A convincing response from Atletico and Barca challenges Madrid
Not one slip up
The three top sides are immersed in a passionate fight with nothing but a single point separating them
The silent goalscorer:
has gone three match days scoring and now has 6 in his last seven games at the Bernabeu
The current league race is the tightest in 43 years
It is a spectacle every match day
Incredible scoring record between the three: 169 goals scored all-together
A battle of courage with 17 finals still to play
The Neymar Case
If he stops his demands, the judge will continue with the investigation
European Handball: The Hispanos end with bronze
Nadal did great against Wawrinka 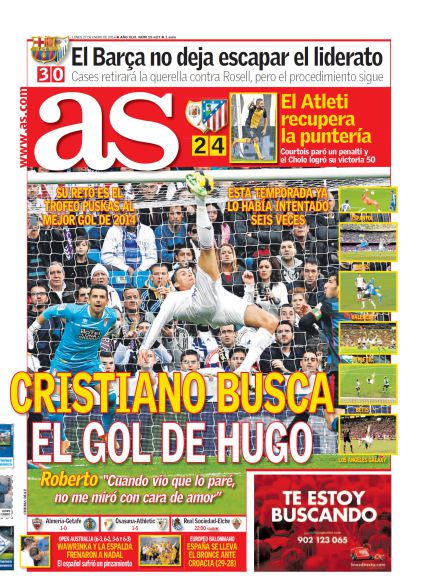 Cristiano looking for a goal like Hugo
Roberto: "When he saw me stop it, he did not look at me with a face of love that's for sure"
His challenge is to win the Puskas Trophy for Best Goal of 2014
This season he has tried it six times
Barca do not let the leadership slip from their hands
Cases to retire the action against Rosell but the process continues
Atletic find their scoring boots
Courtois stops a penalty and El Cholo achieves his 50th victory
Wawrinka and his back stop Nadal
The Spaniard suffers an injury
Spain take bronze against Croatia 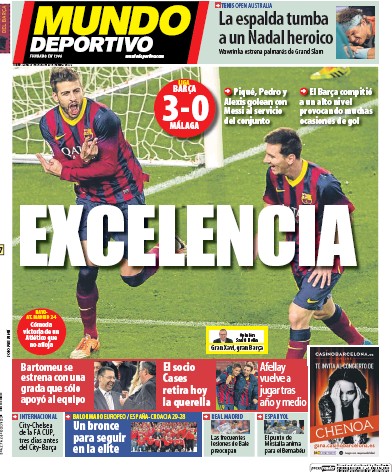 Excellence
Pique, Pedro and Alexis score while Messi provides the service
Barca played at a high level and created many chances
Comfortable victory for Atletico that did not let up
Bartomeu watches on as President for the first time
Club member Cases stops his lawsuit against Rosell
Afellay returns to play after a year and a half
An injured back stops Nadal
Wawrinka takes his first Grand Slam
City-Chelsea in the FA Cup, three days before City-Barca
A bronze for the handball team
Real Madrid: Bale's constant injuries a worry
Athletic come out in full force in Pamplona