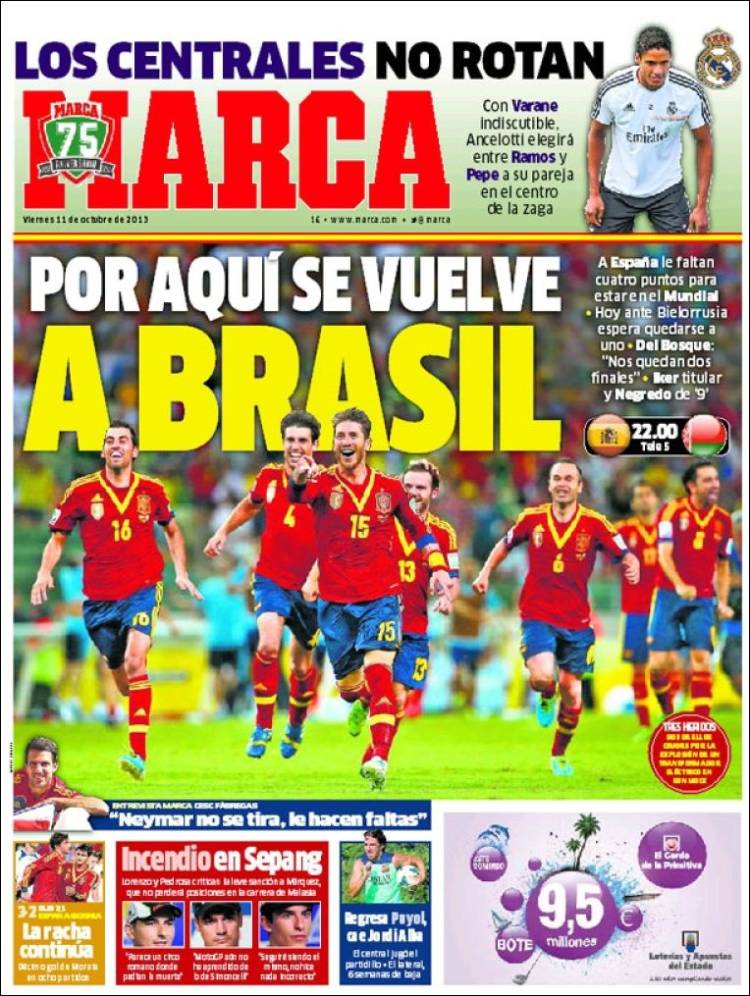 We return to Brazil this way

Spain needs four points to be at the World Cup: today, against Belarus, they hope to reduce that to one

Iker in the starting line-up and Negredo at No 9

The centre-backs will not rotate

With Varane undisputable, Ancelotti will choose between Ramos and Pepe for his partner in defence

Fabregas: “Neymar doesn’t throw himself, they foul him” 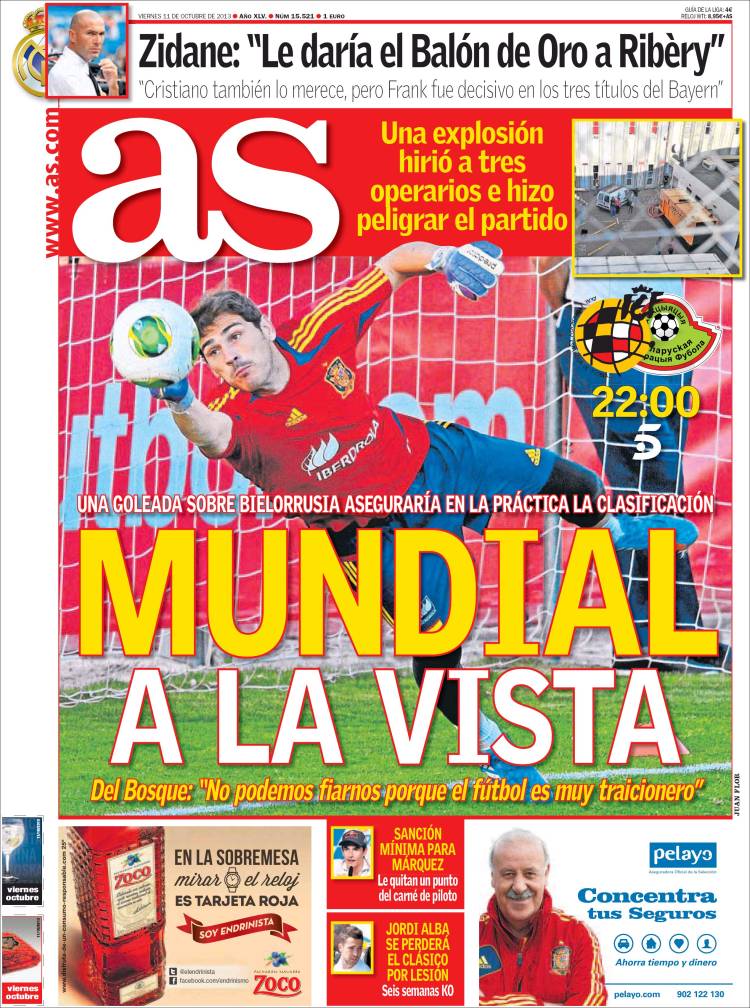 A goal spree against Belarus will in theory ensure qualification

Del Bosque: “We can’t take anything for granted because football is very treacherous”

An explosion injures three workers and puts the match in danger

Zidane: “I’d give the Balon D’Or to Ribery” 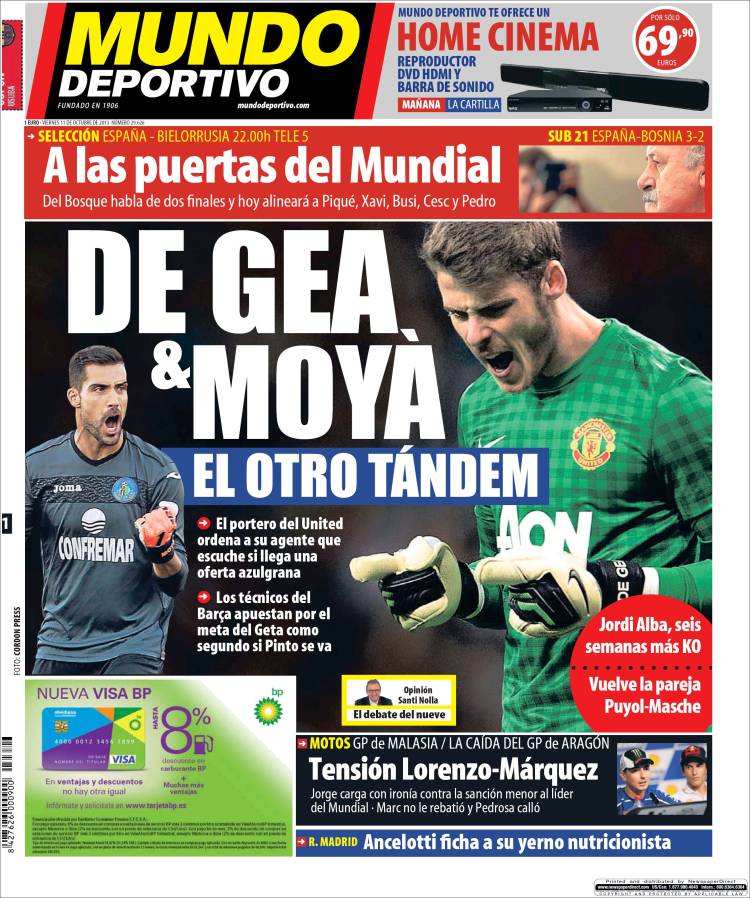 De Gea and Moya, the other duo