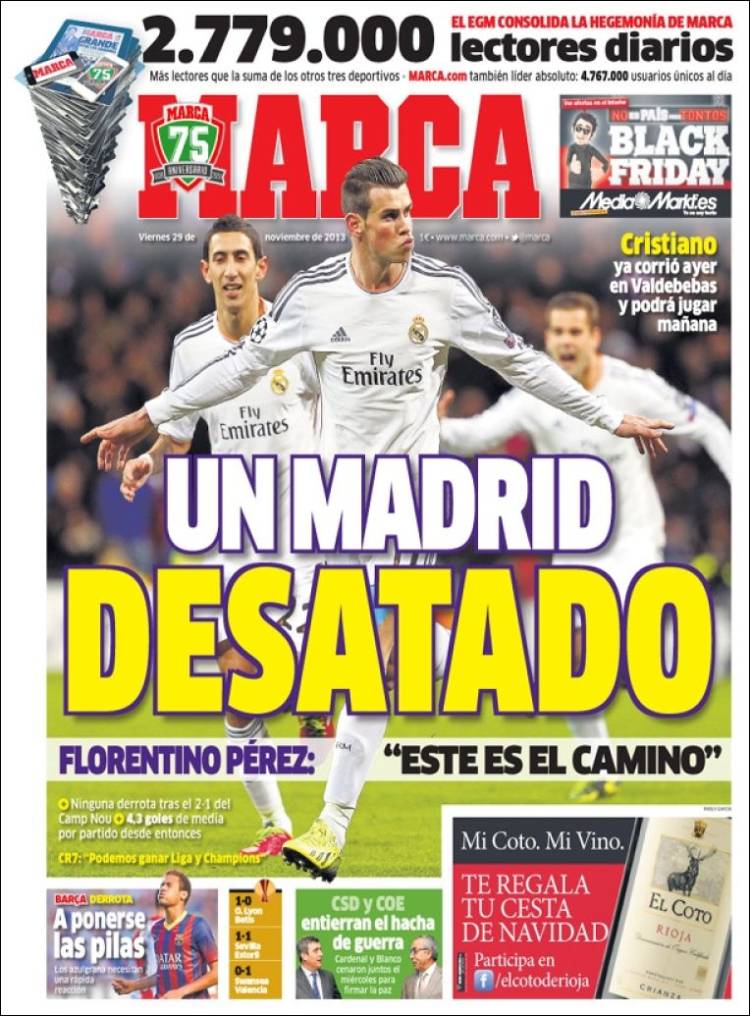 Not one defeat after the 2-1 at the Camp Nou

An average of 4.3 goals per game since then

Florentino Perez: “This is the way”

Cristiano started running in Valdebebas yesterday and could play tomorrow

CR7: “We can win the League and the Champions”

The Azulgrana need a quick reaction 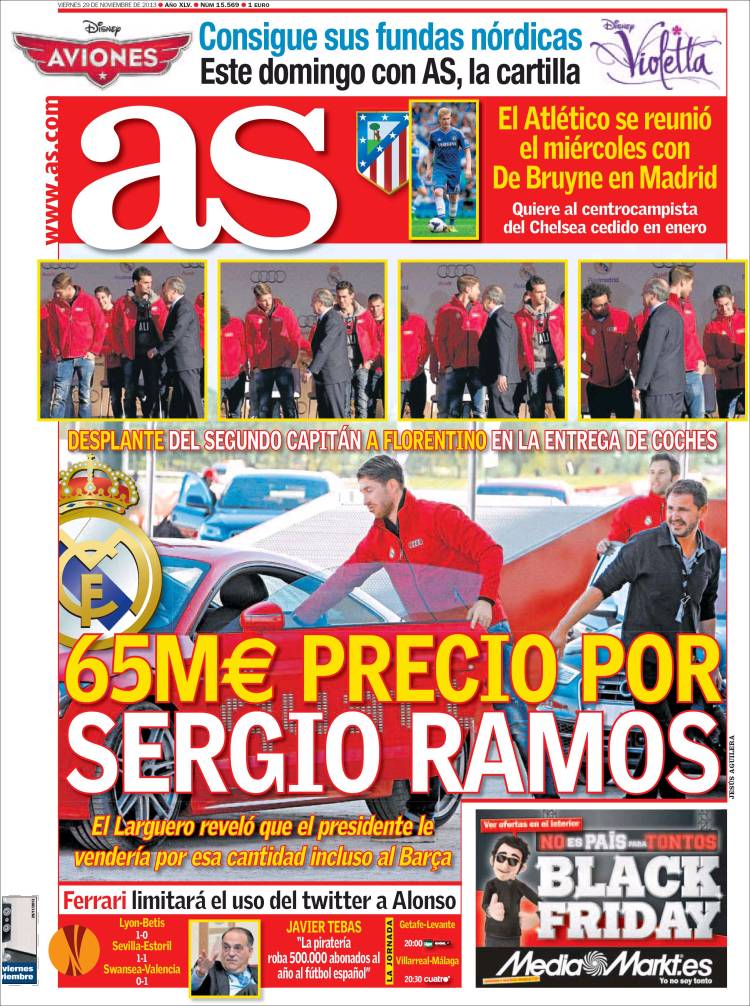 €65m the price for Sergio Ramos

El Larguero revealed that the President would sell him for that figure, including to Barca

Atletico met with De Bruyne on Wednesday in Madrid

They want the Chelsea midfielder on loan in January 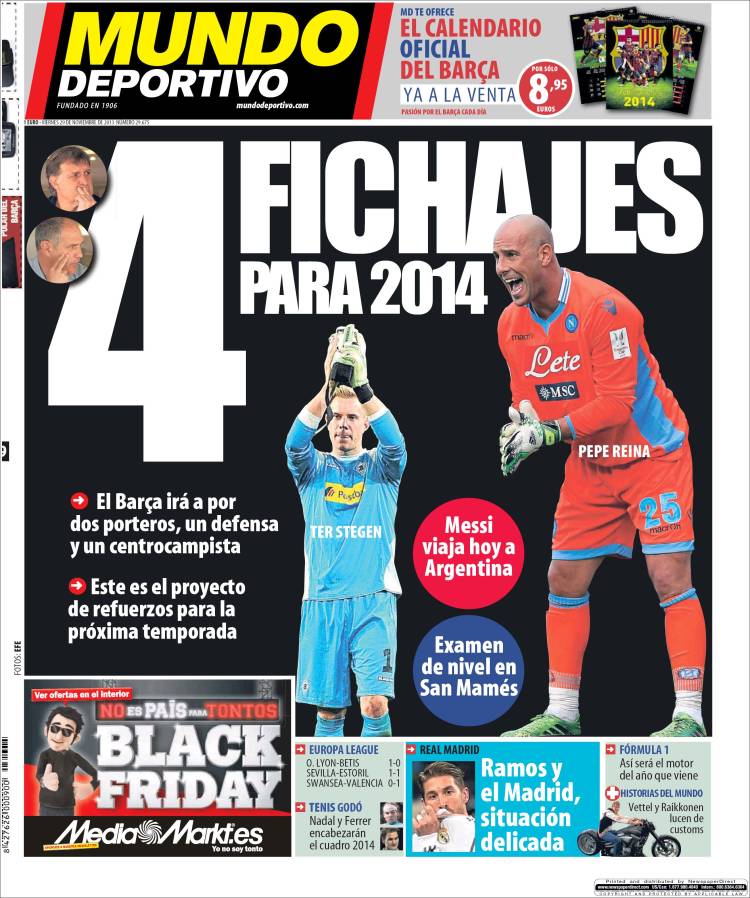 Barca will go for two goalkeepers, a defender and a central midfielder

This is the reinforcement project for next season

Ramos and Madrid, a delicate situation