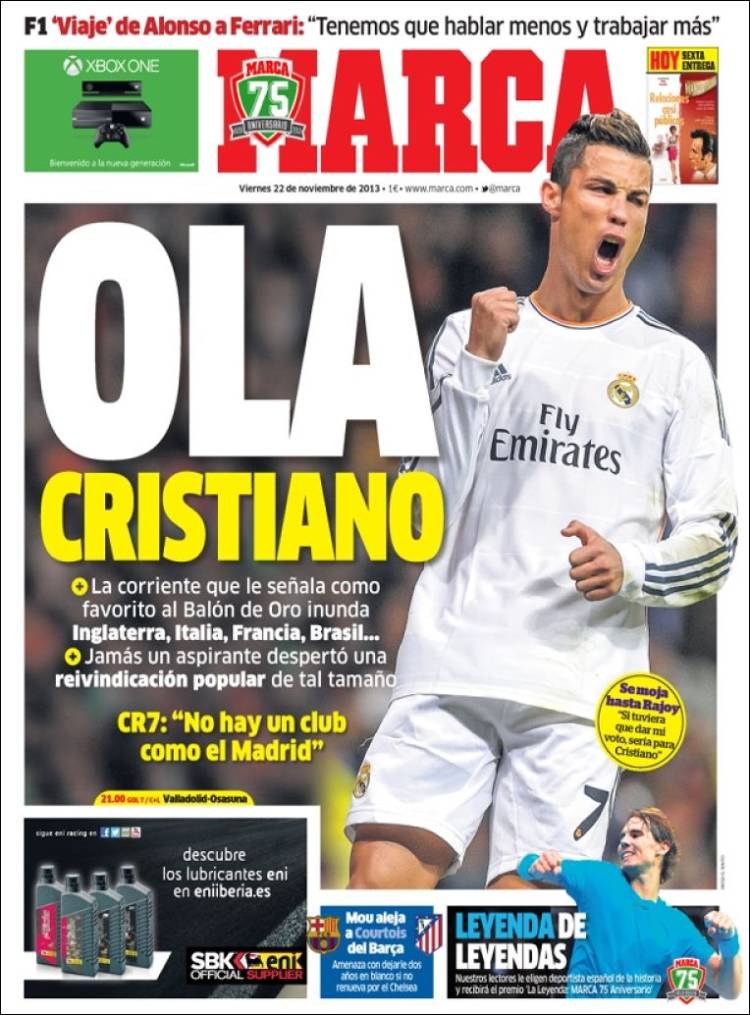 The current trend that makes him favourite for the Ballon d’Or inundates England, Italy, France, Brazil...

Never has a candidate raised such popular sizeable claims

Rajoy gets involved: “If I had to cast my vote it would be for Cristiano”

Mou keeps Courtois away from Barca 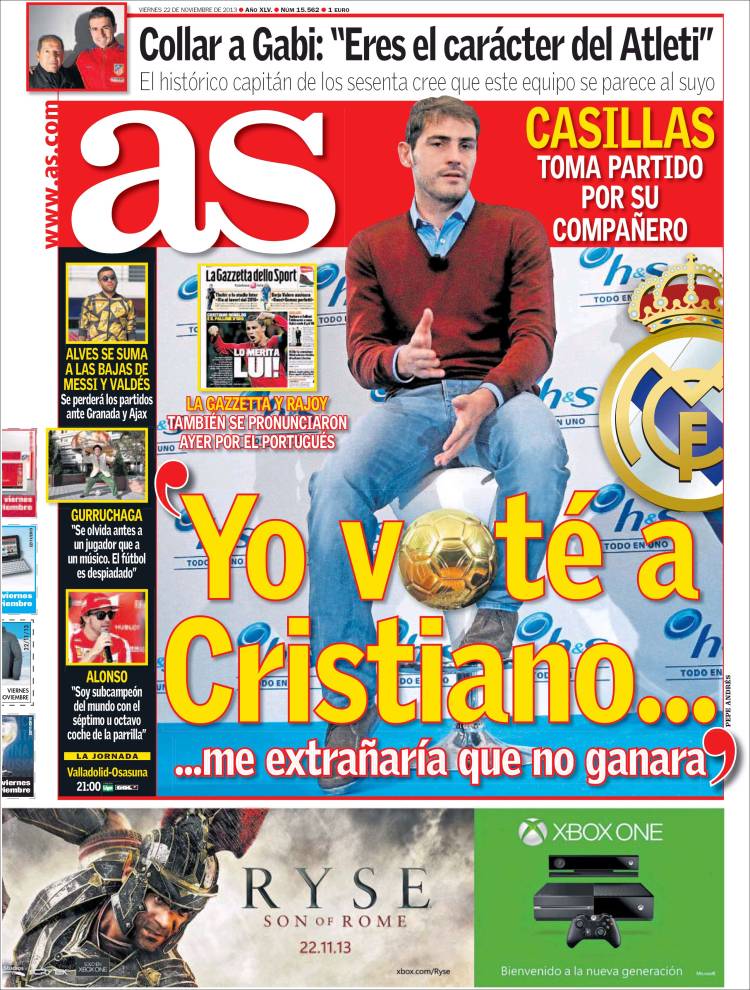 “I voted for Cristiano...it would be strange if he didn’t win it”

Casillas takes his teammate’s side

La Gazzetta and Rajoy also opted for the Portuguese yesterday

Collar to Gabi: “You are Atleti’s character”

Alves added to the injuries of Messi and Valdes.

He will miss the games against Granada and Ajax 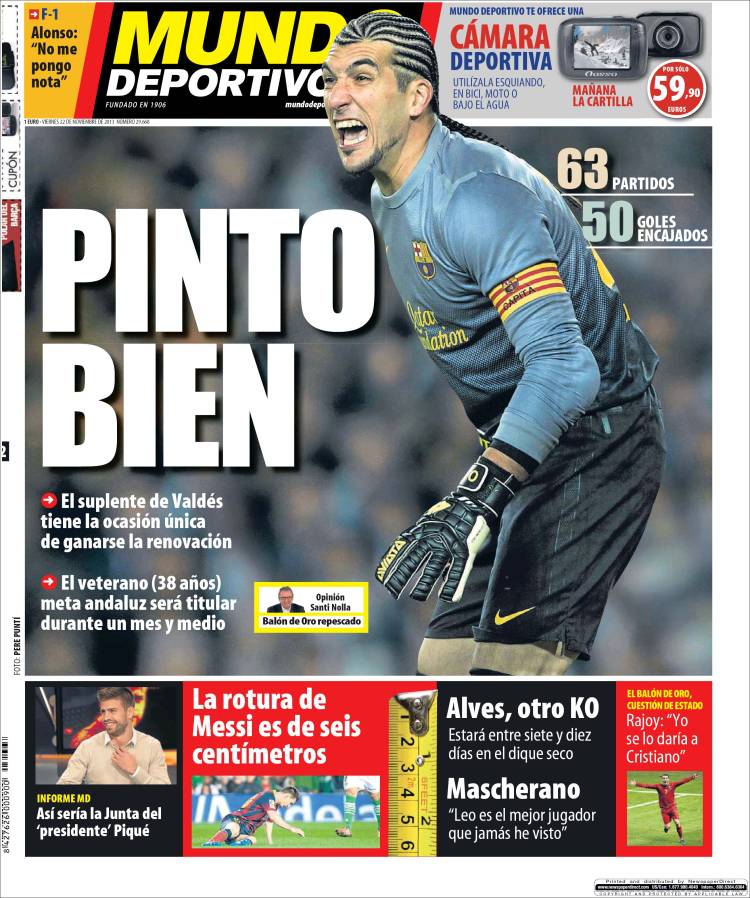 Valdes’ substitute has a unique opportunity to seal his contract renewal

The veteran Andalusian goalkeeper, 38, will be first choice for one-and-a-half months

This is what ‘President’ Pique’s board will be like

Alves, another KO. He will be sidelined for between seven and 10 days

Mascherano: “Leo is the best player I’ve ever seen”

The Ballon d’Or, a question of State. Rajoy: “I’d give it to Cristiano”