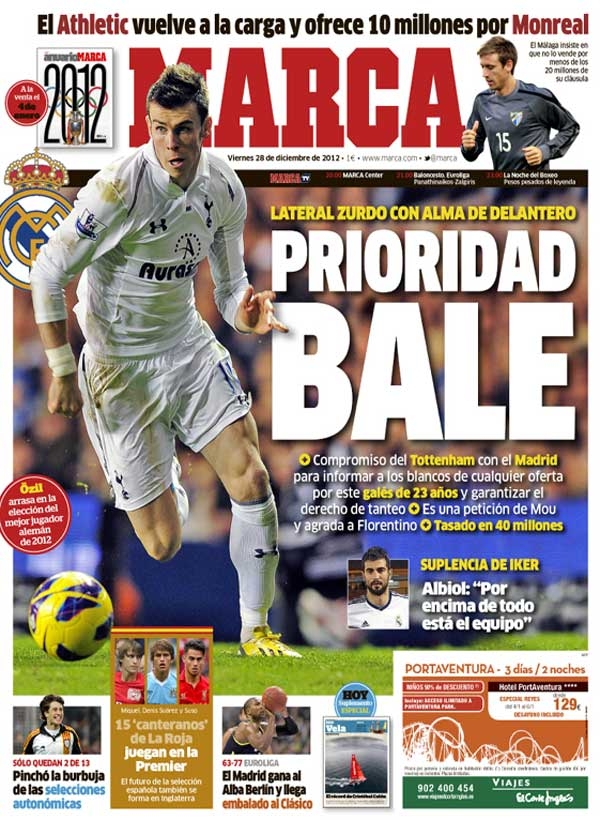 Rated as worth 40 million

Albiol: The team is above all this

Athletic return to the fray and offer 10 million for Monreal 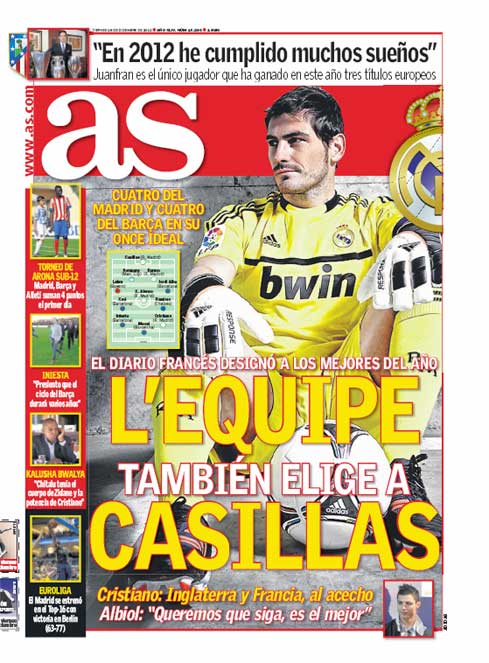 Albiol: We want to keep the best

Juanfran: In 2012 I have fulfilled many dreams 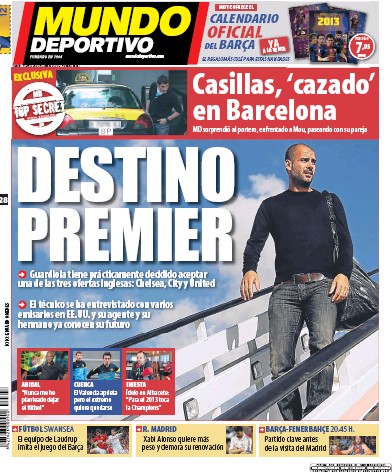 Guardiola has practically decided to accept one of the three English offers - Chelsea, City and United.

The technician has spoken to various emissaries

Abidal: I have never thought to leave football

Iniesta: In 2013 we want to win the Champions League

Cuenca - Valencia closing but the winger wants to stay