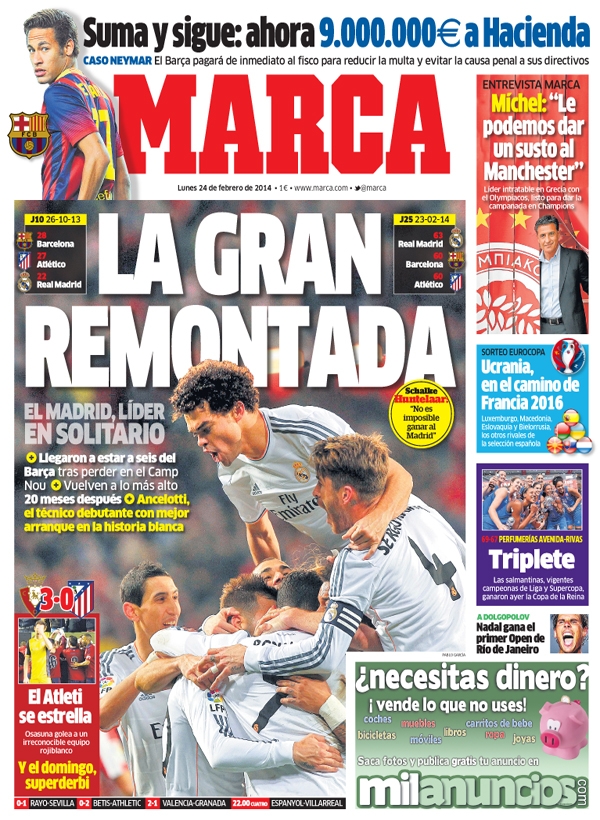 The Great Comeback
Madrid are solitary leaders
They were six behind Barca when they lost at Camp Nou
They return to the summit after 20 months
Ancelotti has recorded the best ever start for a new coach in Real Madrid history
Atleti smashed
Osasuna destroy an unrecognisable Atletico
And this Sunday, the Madrid derby
More and as it continues: Now €9 million to the tax office
Case Neymar: Barca will immediately pay the tax office to reduce their fine and avoid a situation where their directors are penalised
Michel: "We can give Manchester United trouble"
The Greek leaders are ready to put on a show in the Champions League
Ukraine, the road to France 2016
Luxembourg, Macedonia, Slovakia and Belarus make up the rest of Spain's qualifying group 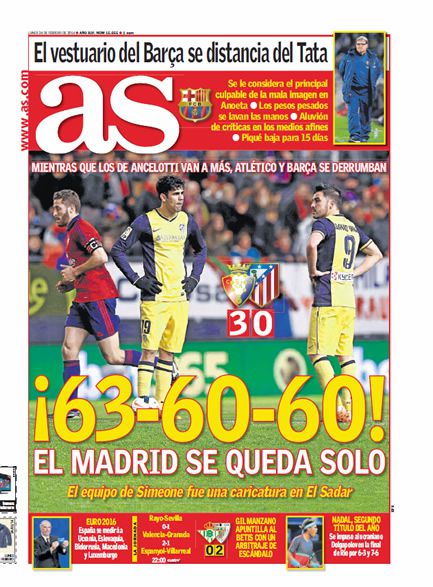 63-60-60
Madrid are clear at the top
Simeone's team disappeared at El Sadar
While Ancelotti's continue to rise, Atletico and Barca stumble
Dressing room problems for Tata
Tata is considered the main one responsible for the disaster at Anoeta
Key players wash their hands clean of responsibility
A barrage of criticism is aimed at Tata
Pique out for 15 days
Euro 2016
Spain to play Ukraine, Slovakia, Belarus, Macedonia and Luxembourg
Gil Manzano finishes off Betis with some scandalous refereeing
Nadal gets his second title of the year 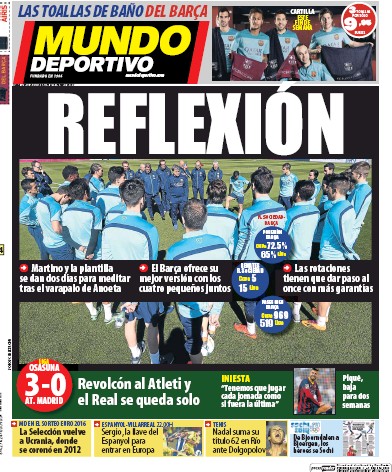 Reflection
Martino and his side are giving a few days to consider what happened at the Anoeta
Barca offer their best version with the four shorties together
The rotations have to be given up for a the eleven that gives more guarantees
Atleti tumble and Madrid are left as solitary leaders
Iniesta: "We have to play every game as if it was the last"
Pique out for a couple of weeks
Spain to return to Ukraine where they were crowned European champions in 2012
Sergio, the key for Espanyol in their bid for Europe
Nadal claims his 62nd title in Rio against Dolgopolov