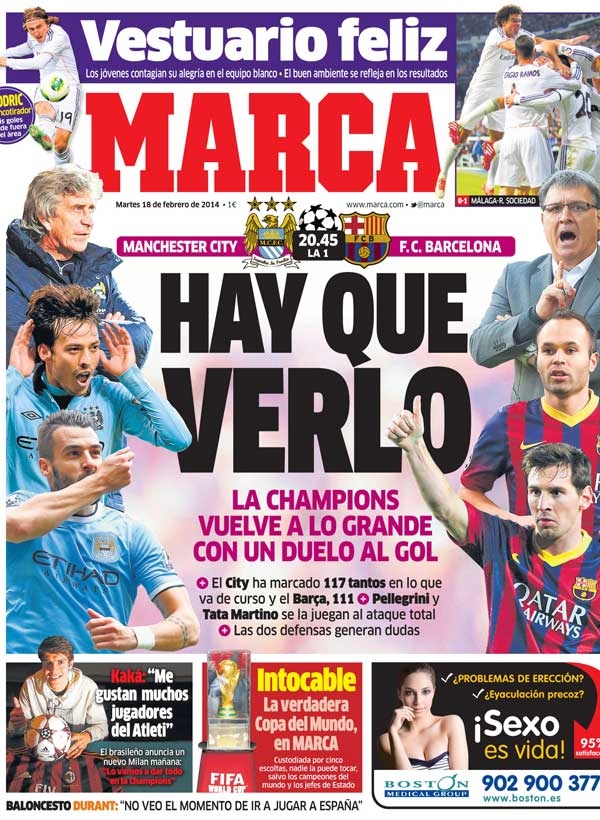 A has-to-be-seen game
The Champions League returns with a great duel
City has scored 117 goals so far while Barca have scored 111
Pellegrini and Tata Martino both to their play their all-out attacking brands of football
The two defences however cause doubts
Kaka: "I like Atleti's player a lot"
The Brazilian has declared there will be a new Milan tomorrow: "We always give everything in the Champions League"
A happy team
The young players have been infected by the goods vibes in the Real Madrid dressing room
The great atmosphere has been reflected in the results 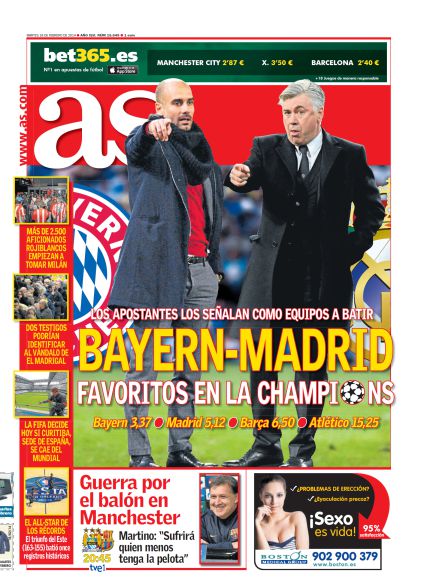 The betting houses have Bayern and Madrid as the two teams to beat
Bayern 3.37, Madrid 5.12, Barca 6.5, Atletico 15.25
A war for the ball in Manchester
Martino: "The team to suffer will be the one without the ball"
More than 2500 Atletico fans start on their way to Milan
Two testimonies could identify the vandal at El Madrigal
All-Stars of records
The triumph 163-155, breaks eleven records 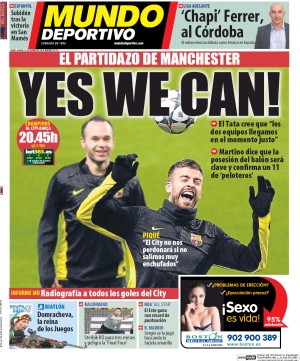 Yes We Can!
Tata believes "The two teams are meeting at the right time"
Martino says that possession of the ball will be key and confirms he will go with his most ball-playing numbers
Chape Ferrer to Cordoba
The former Barcelona player debuts as coach in Spain
Tomorrow a decision will be taken regarding the Competition Committee
NBA All-Stars break numerous records
Real Madrid: Sergio Ramos played looking for a yellow card