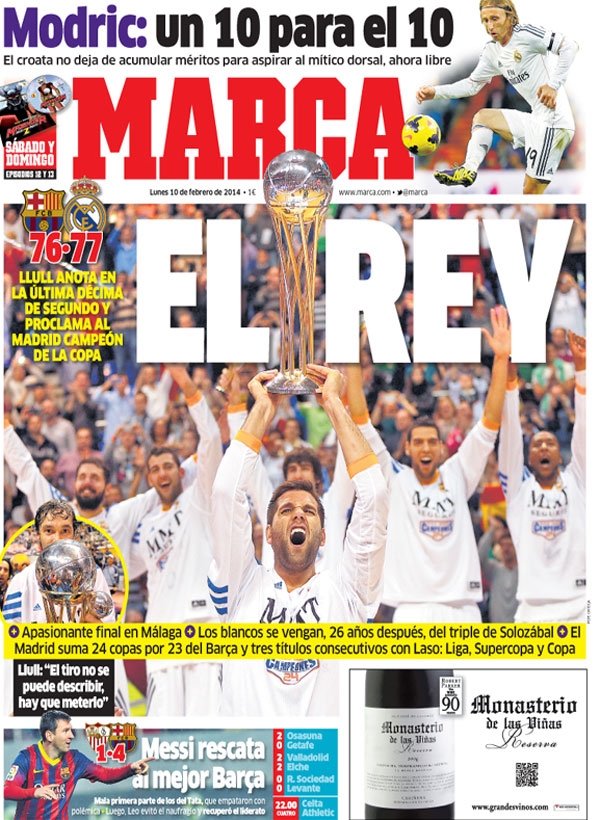 The King
Llull writes history in the last seconds and proclaims Madrid as champions
A thrilling final in Malaga
Los Blancos return, 26 years after, the triple success of Solozabal
Madrid now have 24 copas to Barca's 23 and three consecutive titles with Laso, Liga, Supercopa and Copa
Llull: "I cannot describe the shot, it had to go in"
Modric: A ten out of ten
The Croatian does not stop accruing praise
Messi rescues a better Barca
A bad first half from Tata's men, they drew level with a controversial strike
Leo spared any blushes and recovered the leadership for his side 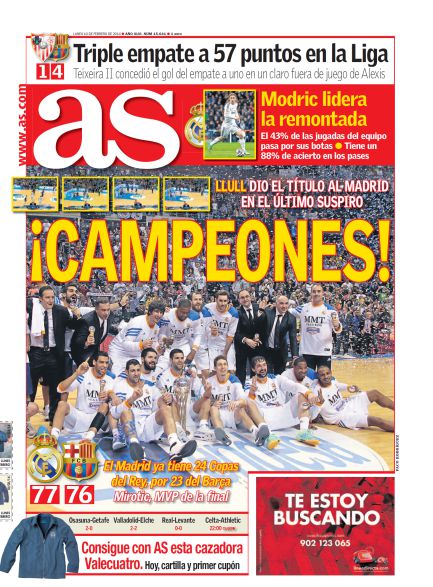 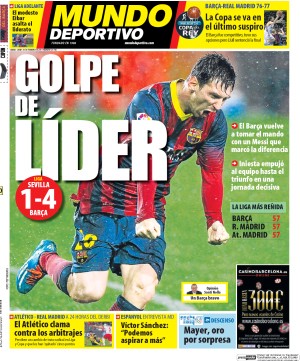