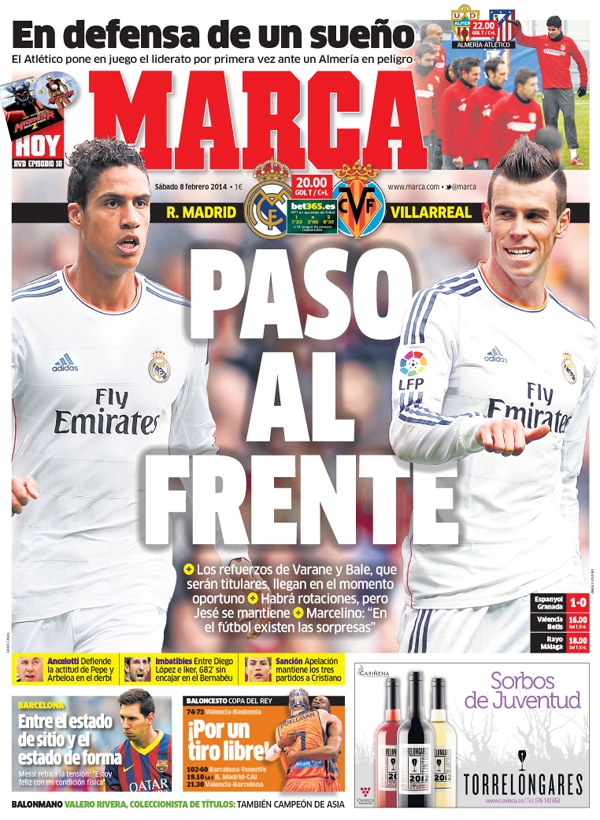 Stepping up
Bale and Varane return to strengthen the side at the perfect moment
There will be rotations, but, Jese keeps his place
Marcelino: "In football there are always surprises"
Ancelotti defends Pepe's attitude and Arbeloa in the derby
Unbeatable: Between Lopez and Casillas, no goals have been conceded at the Bernabeu for 682 minutes
Sanctioned: Ronaldo's appeal fails
In defence of their dream
Atletico to fight to keep the lead against an Almeria side in trouble
Not in the best form
Messi brushes of suggestions about his fitness; "I am happy with my physical condition"
By one free shot Valencia win 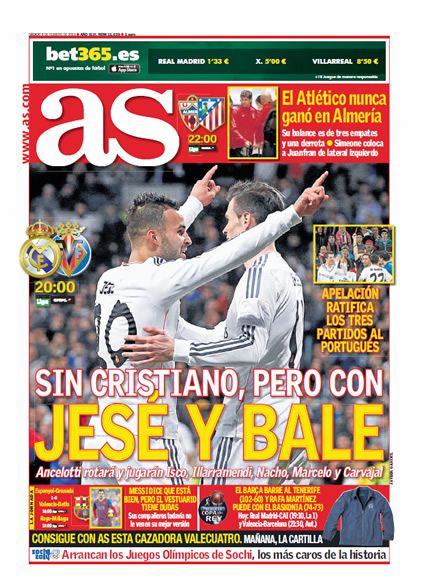 Without Ronaldo, but, with Jese and Bale
Ancelotti will rotate his players as Isco, Illarramendi, Nacho and Carvajal will play
Ronaldo's three-game ban stands
Atletico have never won in Almeria
Three draws and a loss
Simeone to put JuanFran at left back
Messi says that he feels good, but the team have doubts
His teammates are still yet to see his best form
Barca beat Tenerife and Rafa Martinez earns victory 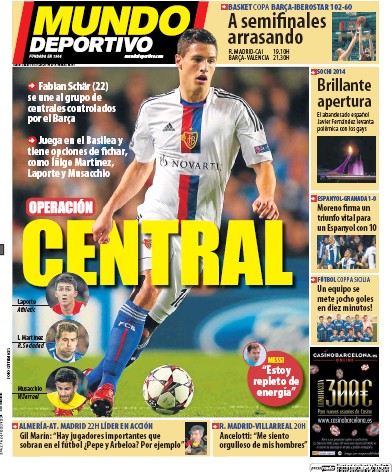 Operation central defender
Fabian Schar (22) joins Barca's wanted list
He plays for Basel and is another option, along with Inigo Martinez, Laporte and Musacchio
Gil Marin: "There are important players that are not wanted in football, Pepe and Arbeloa for example"
Ancelotti: "I feel proud of my men"
Man City: Pellegrini gives the ball to Mou