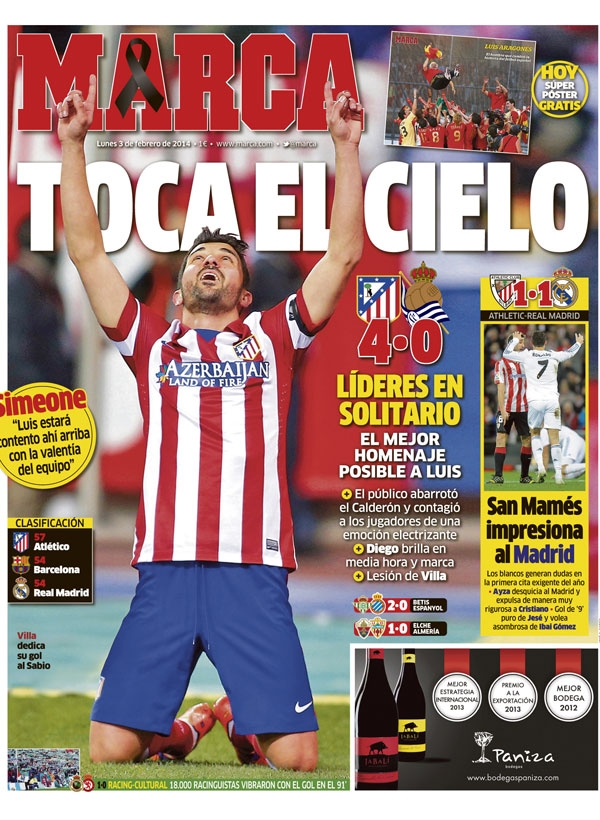 Touching the sky
Atleti become sole leaders
The best homage possible to Luis
The Calderon was packed and the atmosphere galvanised the team
Diego shone in his half-hour cameo and scored a goal too
Villa went off injured
Simeone: "Luis would be happy up there with the courage of the side"
San Mames intimidates Madrid
Los Blancos showed some doubts in their first big clash of the year
Ayza drove Madrid crazy and sent off Cristiano
Jese's goal was overshadowed by a great goal from Ibai Gomez 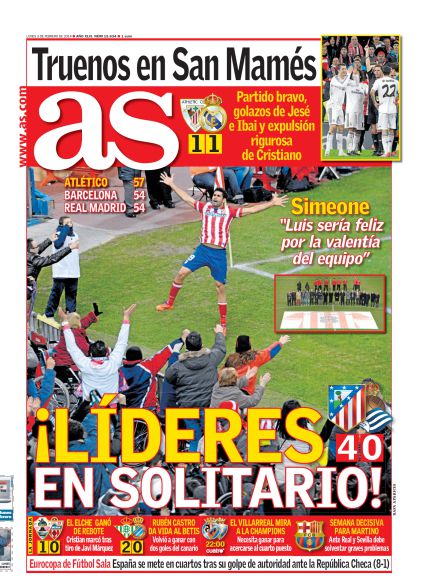 Solitary leaders
Simeone: "Luis would be happy with the courage of the players"
Thrones at San Mames
A brave game, two golazos from Jese and Ibai and a harsh red card for Cristiano
Elche bounce back
Ruben Castro gives Betis life
Two goals from the Canarian gave his side a rare win
Villarreal's Champions League hopes
They need to win to get closer to fourth spot
A decisive week for Martino
Against Real and Sevilla he must solve their grave problems 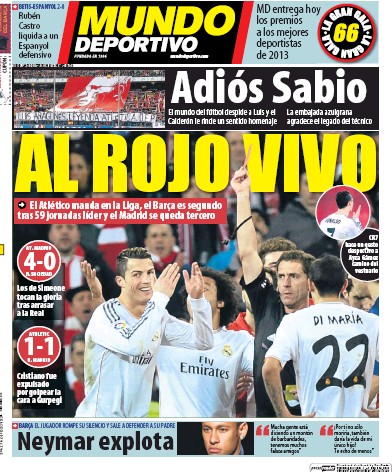 A red card keeps Barca alive
Atletico take control at the top, Barca are second after 59 match days as leaders, Madrid remain in third
Simeone's men sense glory after destroying La Real
Cristiano was sent off after hitting the face of Gurpegi
CR7 makes a gesture of disrespect to Ayza Gomez
Goodbye Sabio
The football world says goodbye to Luis and the Calderon gives his a homage
Neymar breaks his silence and explodes
"Many people are saying terrible things, we have many fake friends"
"I would die to see my son, I miss him a lot"