Here are the Spanish football front pages from Marca, Diario AS and Mundo Deportivo for February 6. 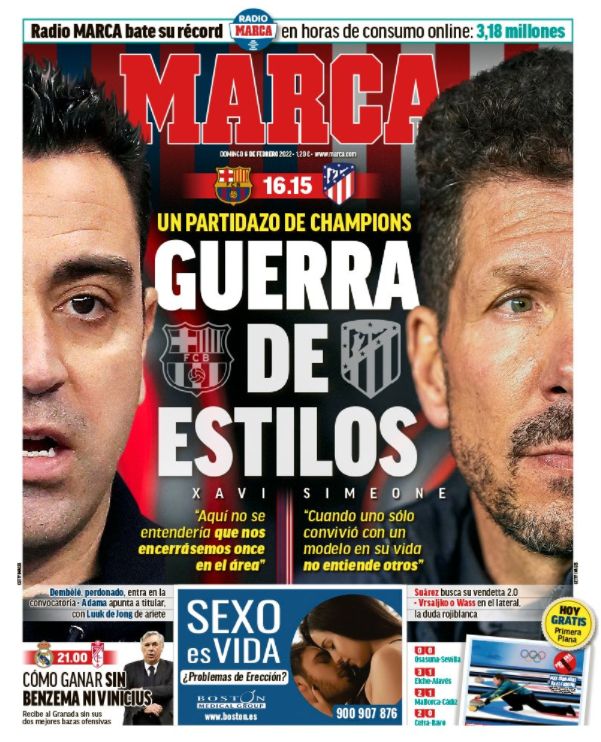 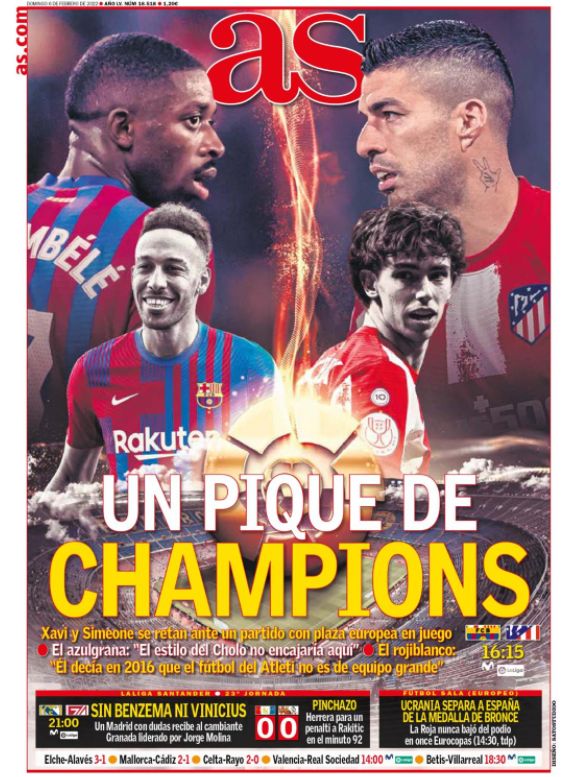 'A Pique of champions' 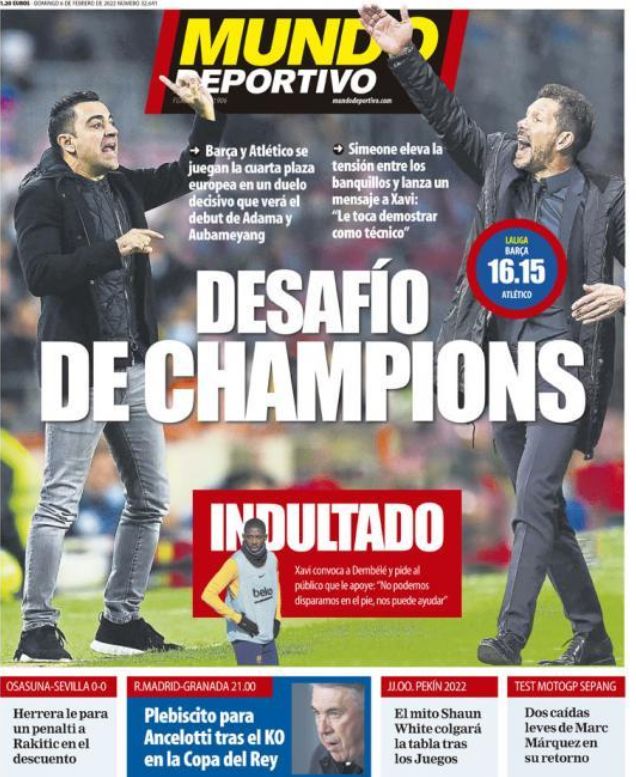