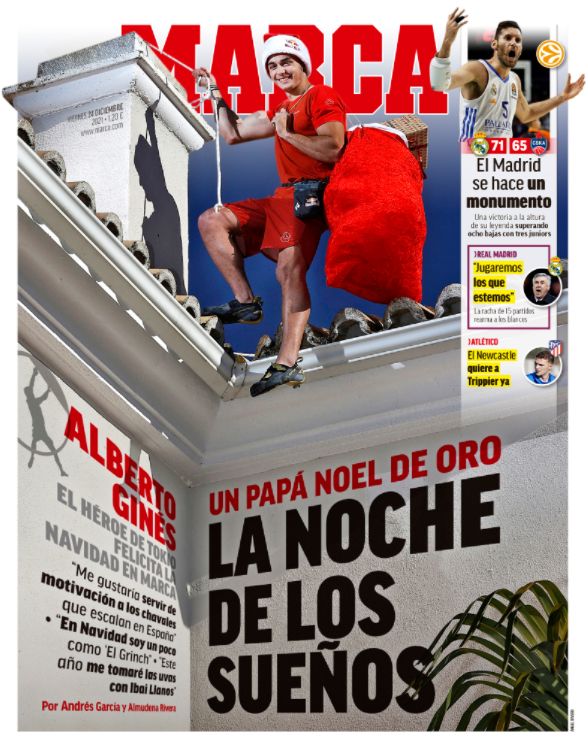 'The night of dreams'  Rockclimbing dominates the front page, so we will skip to the football. 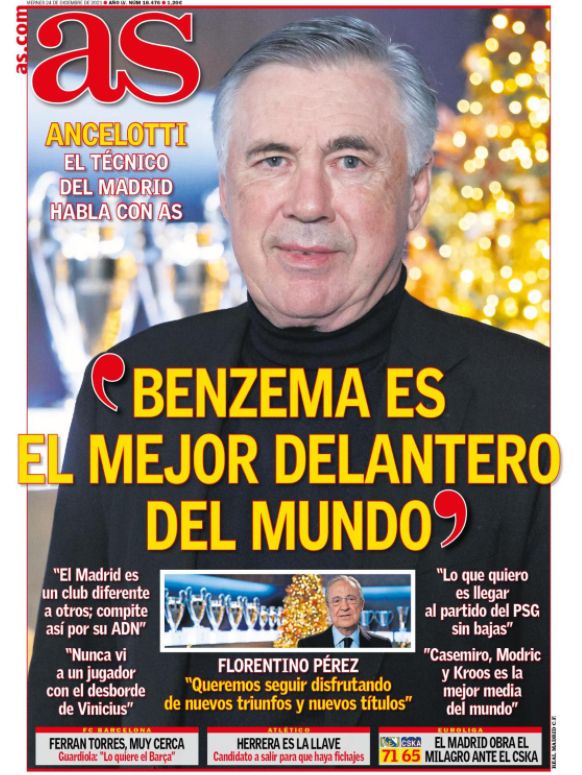 'Ancelotti: Benzema is the best striker in the world.' 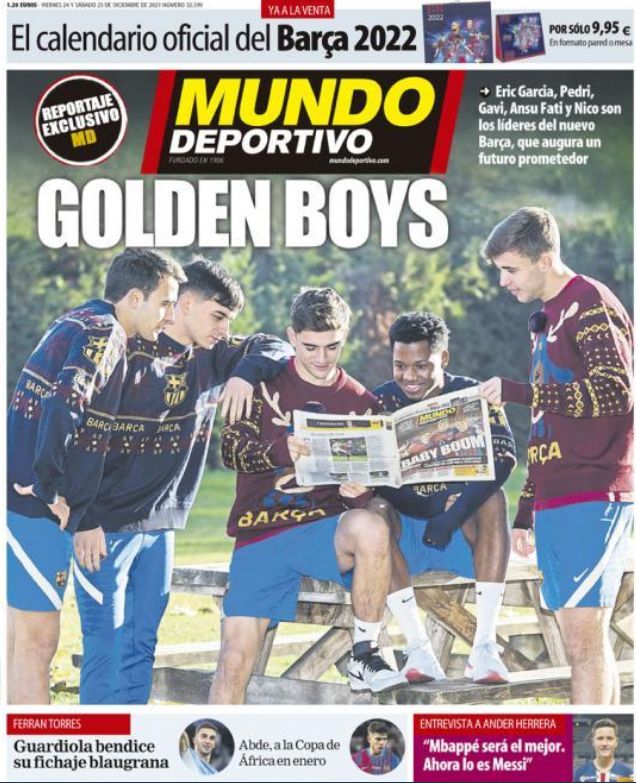