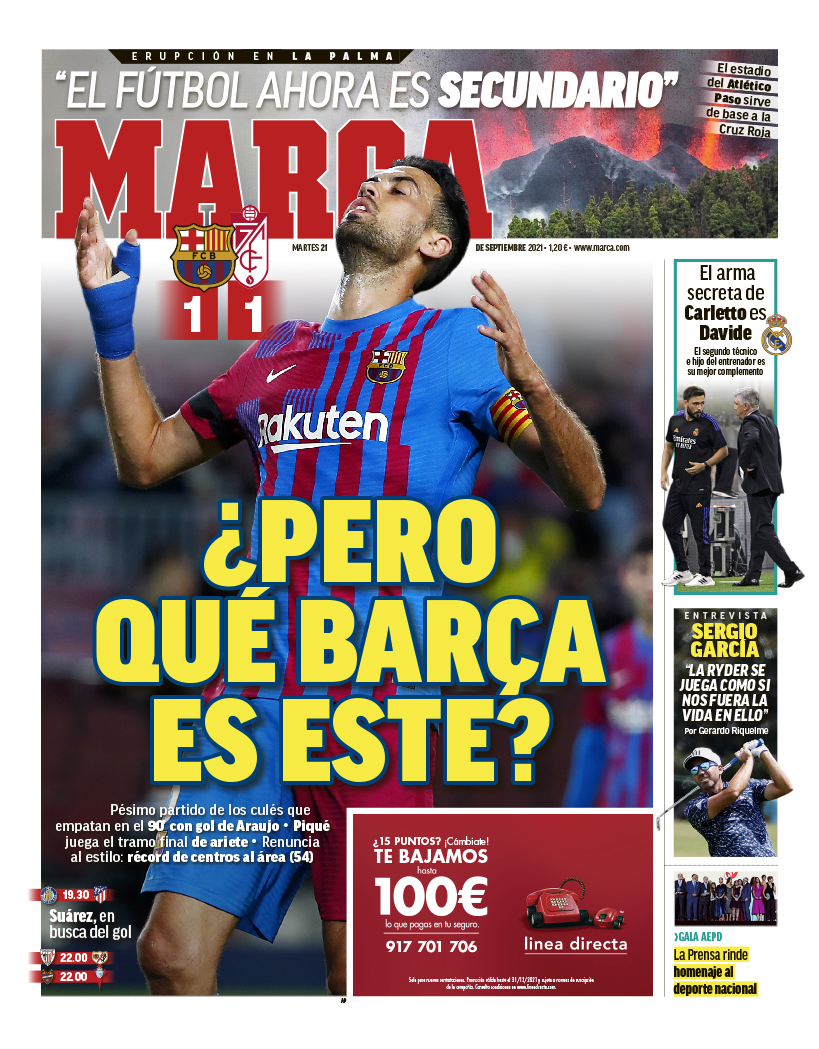 BARCELONA: What Barcelona is this? An appalling performance from Barcelona meant they needed a 90th minute equaliser from Ronald Araujo to secure a 1-1 Camp Nou draw with Granada. Gerard Pique ended the game as a striker as Barcelona give up on their traditional possession based dominant playing style. 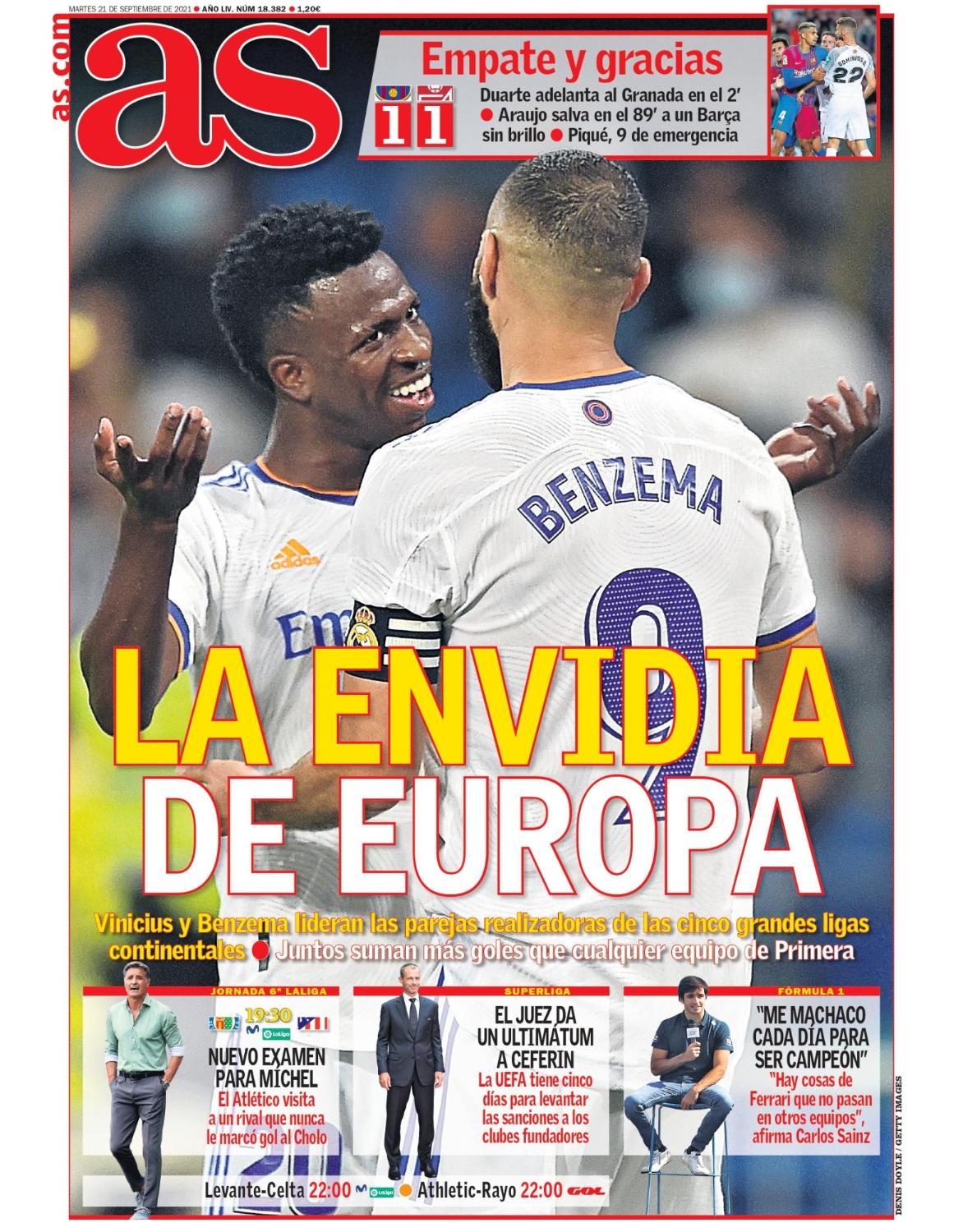 REAL MADRID: The Envy of Europe - Vinicius Jr and Karim Benzema are the leading attacking duo in Europe in 2021/22 after the first five games of the season in both goals and assists. As a pair they have scored more than any other team in La Liga so far this season. 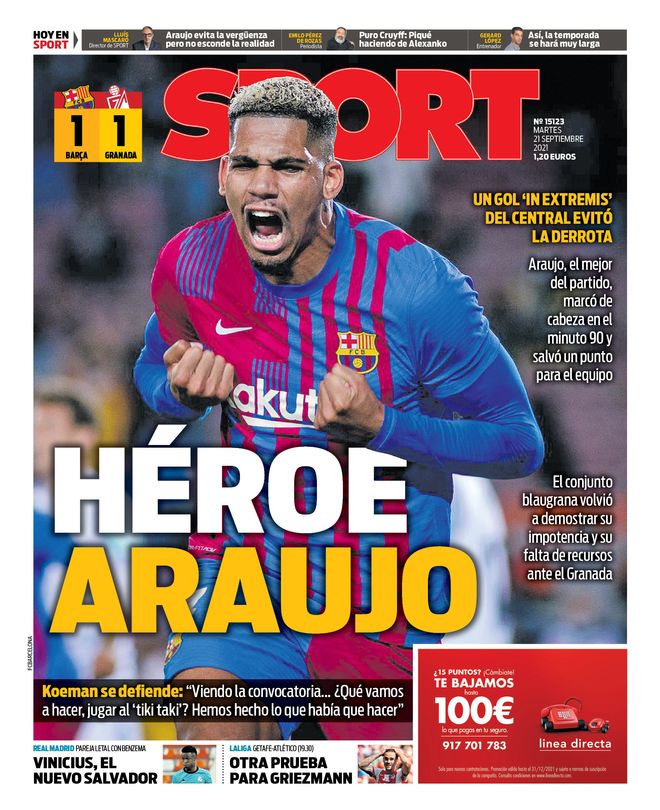 BARCELONA: Hero Araujo - A last gasp goal from Ronald Araujo saved Barcelona from an embarrassing defeat to Granada. The Uruguayan was the key man on the night for Barca as Ronald Koeman admitted their days of tiki-taka are over with the Dutchman under growing pressure as manager of the club.