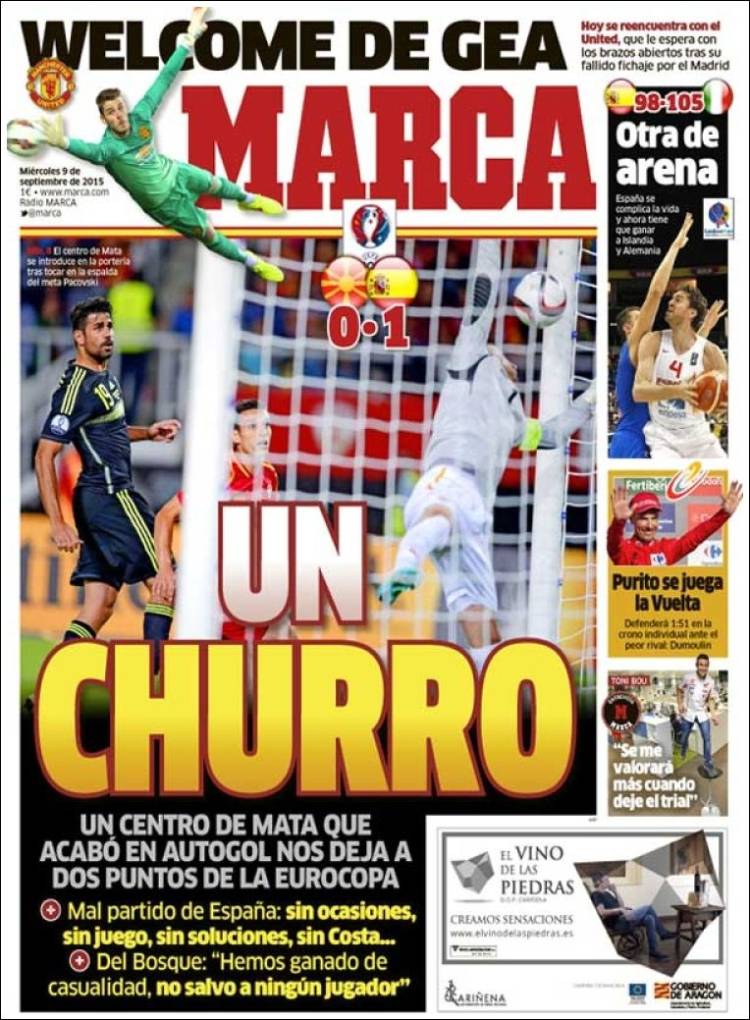 Bad game for Spain: No chances, no play, no solutions, no Costa…

Del Bosque: “We won by chance, no exceptions for any player”

Today he meets with United, who wait for him with open arms after his failed move to Madrid 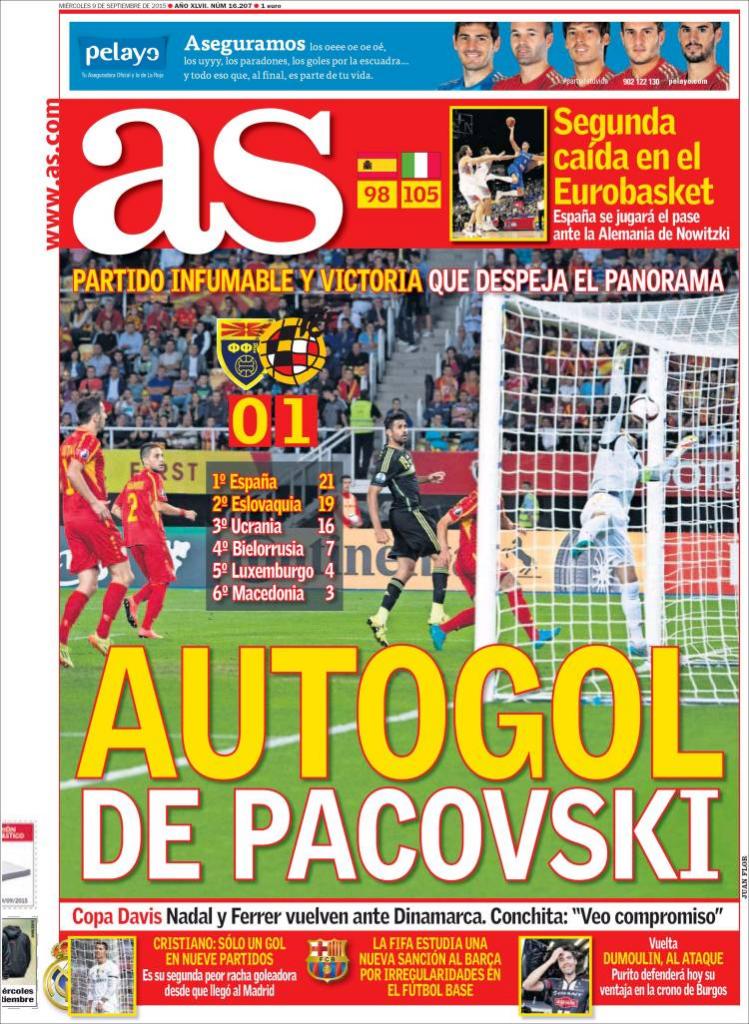 A terrible match and a victory that clears the picture

Cristiano: Only one goal in nine matches

It’s his second-worst scoring run since arriving in Madrid 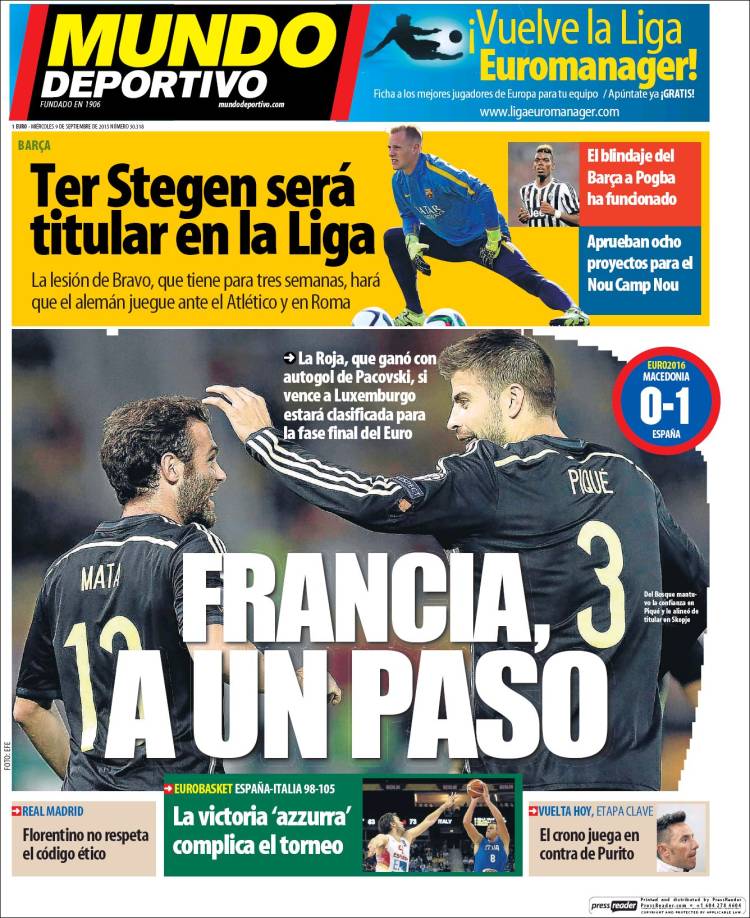 La Roja, who won with a Pacovski own goal, will qualify for the final phase of the Euros by beating Luxembourg

The injury to Bravo, which will be three weeks, will make the German play against Atletico and Roma

The shielding of Pogba by Barca has worked