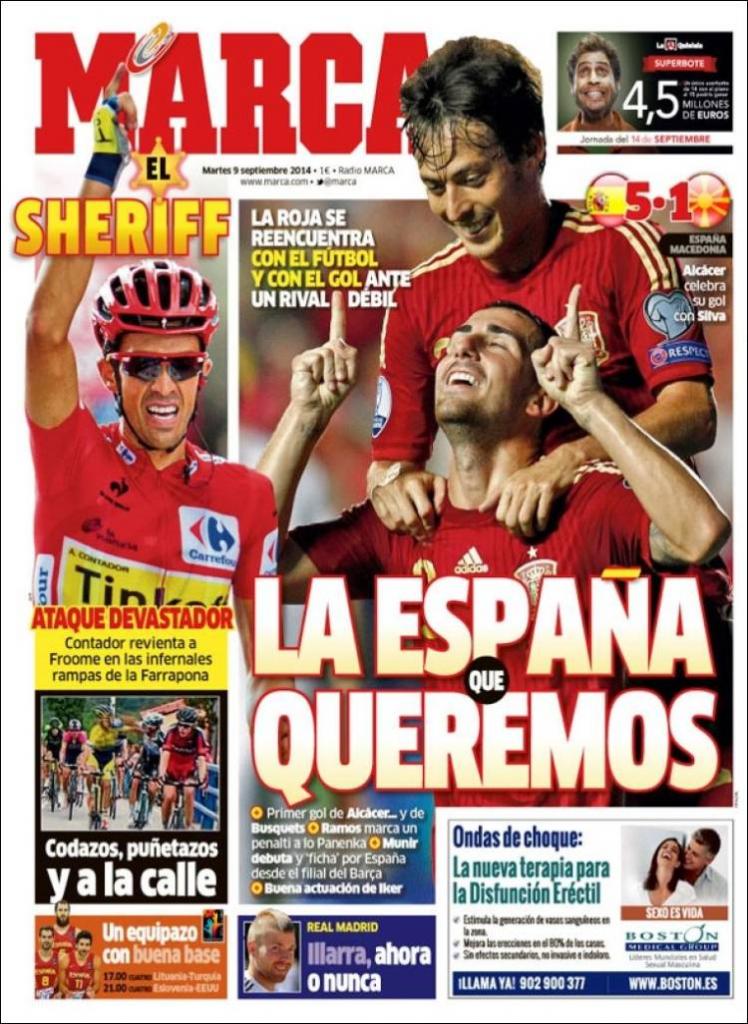 The Spain that we love

Alcacer celebrates his goal with Silva

First goal from Alcacer...and from Busquets 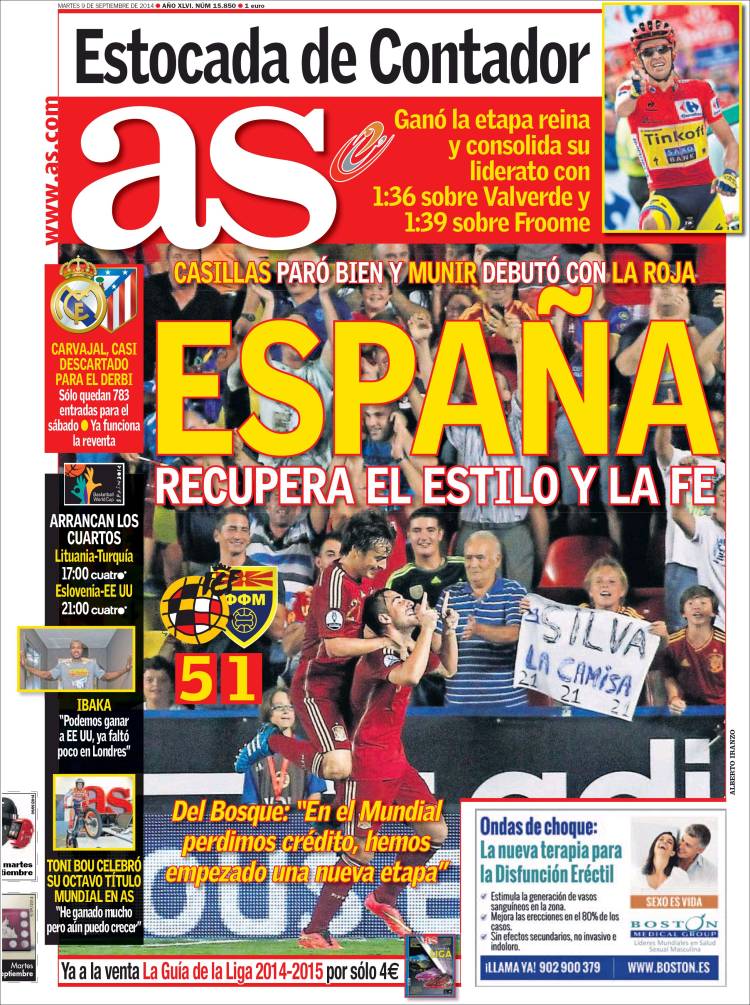 Spain recover their style and faith

Casillas saved well and Munir made his debut with La Roja

Del Bosque: “In the World Cup we lost our reputation. We have started a new era”

Carvajal almost ruled out of the derby

Only 783 tickets are left for Saturday

Resales already being worked upon 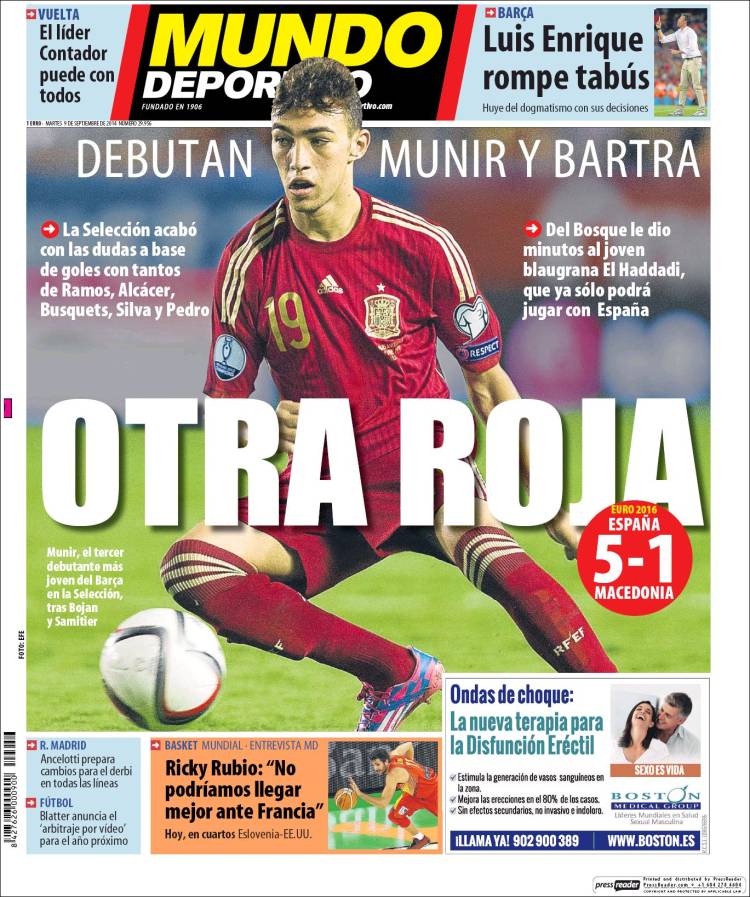 The other La Roja

Munir and Bartra make their debuts

The national team banish the doubts based on goals, with strikes from Ramos, Alcacer, Busquets, Silva and Pedro

Del Bosque gave minutes to the young Blaugrana El Haddadi, who can now only play for Spain

Munir, the third-youngest debutant from Barca with the national team after Bojan and Samitier

Luis Enrique breaks the taboos; he avoids any arrogance with his decisions

Blatter announces ‘refereeing by video’ for next year