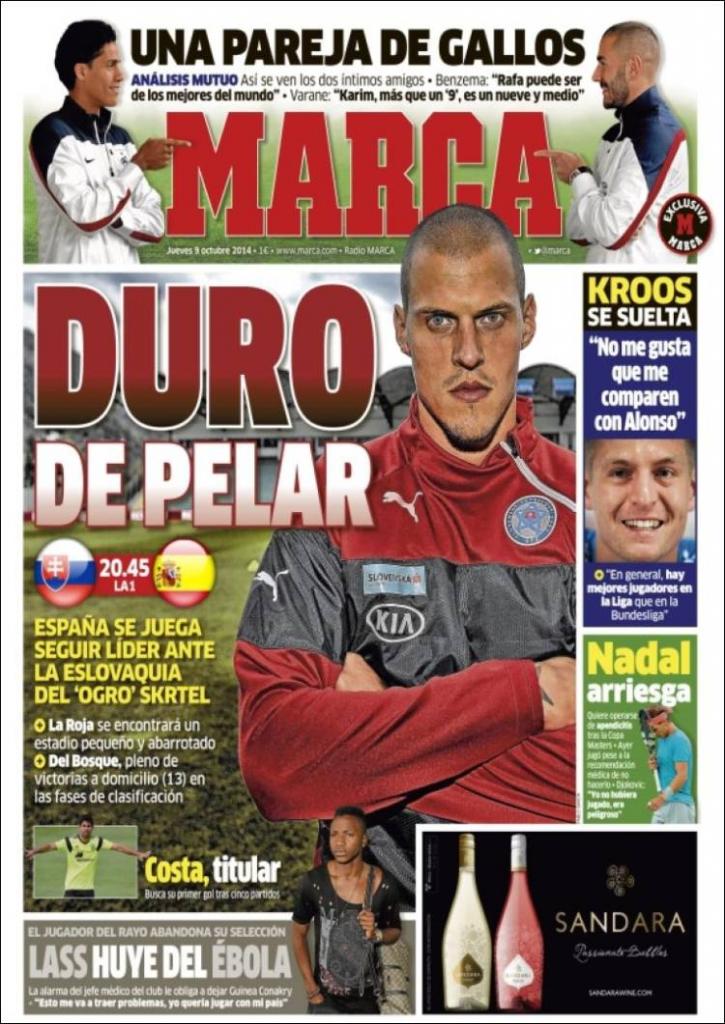 A Hard Nut To Crack

Spain are playing to remain leaders against ‘ogre’ Skrtel’s Slovakia

La Roja will find a small and crowded stadium

Del Bosque, full of away victories (13) at the qualification stages

Costa in the starting line-up; he is looking for his first goal after five games

Kroos tells all: “I don’t like it when they compare me with Alonso”

“This is going to cause me problems. I wanted to play for my country” 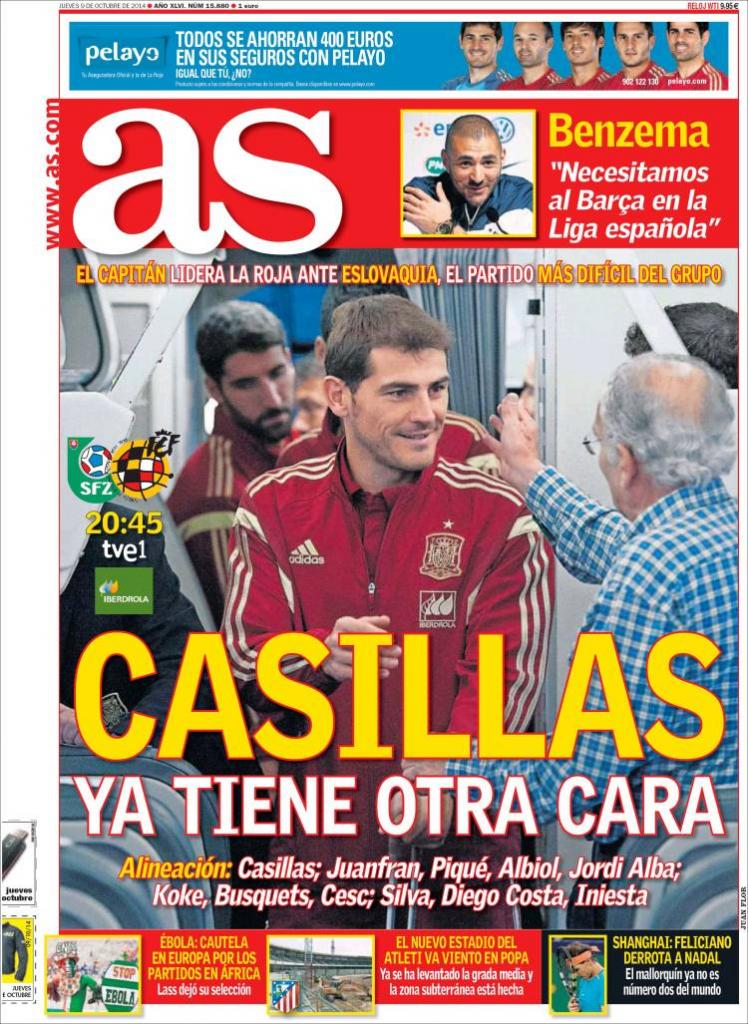 Casillas Now Has Another Side

The captain will lead La Roja against Slovakia, the most difficult team in the group

Benzema: “We need Barca in the Spanish League”

Ebola: caution in Europe over the games in Africa 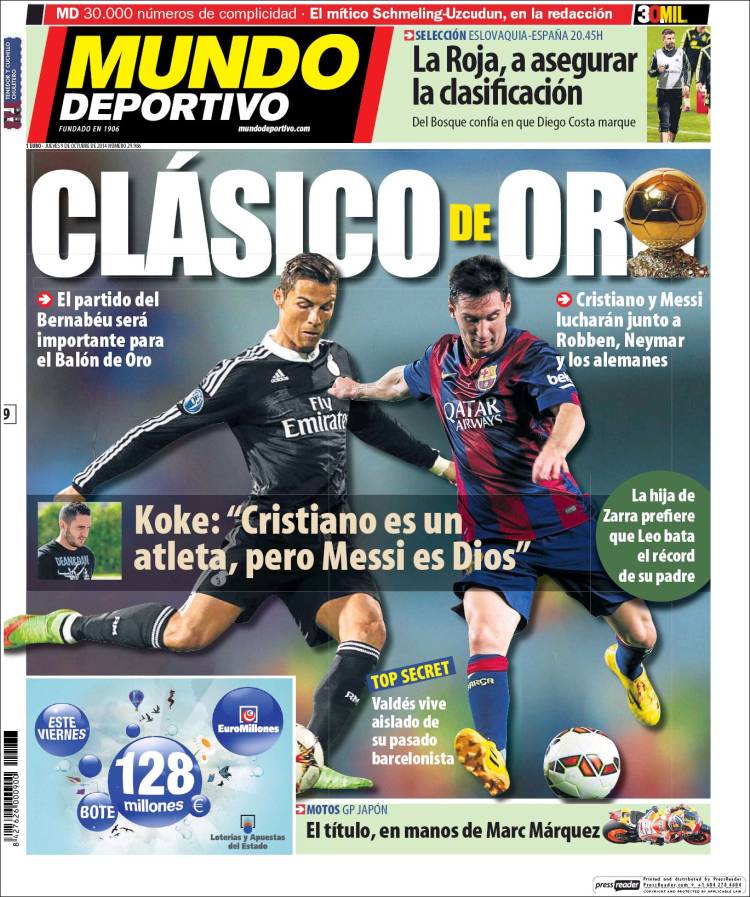 Cristiano and Messi will fight together for it along with Robben, Neymar and the Germans

Koke: “Cristiano is an athlete, but Messi is God”

Del Bosque is confident that Diego Costa will score

Top Secret: Valdes lives isolated from his Barcelona past