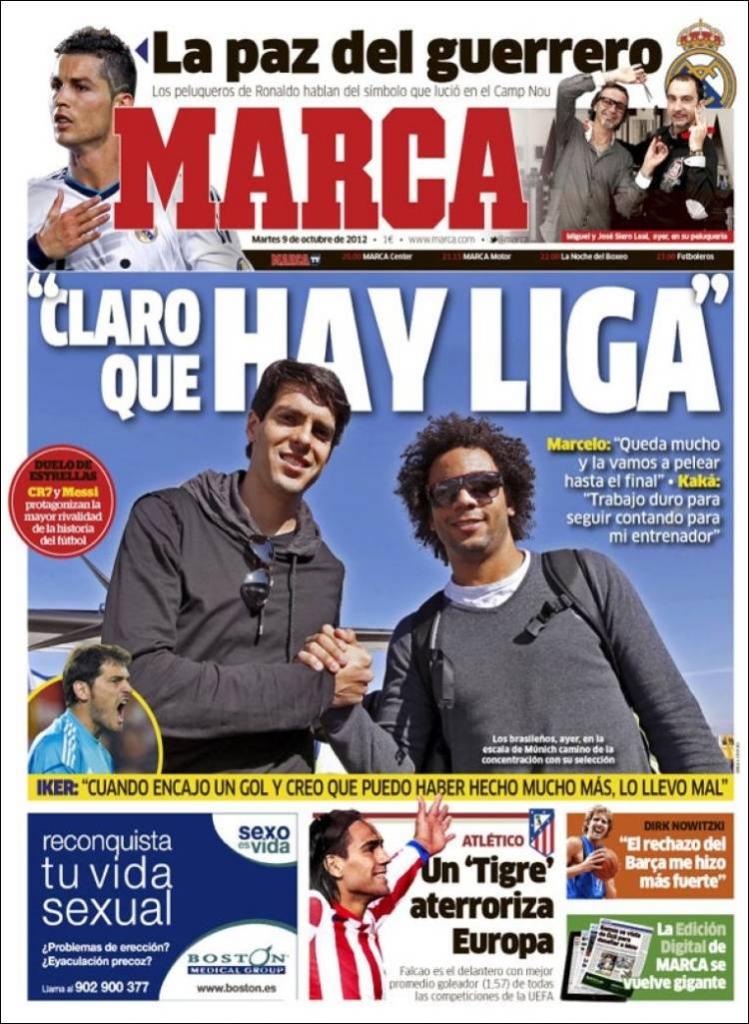 "Of course there is a League to play for"

Marcelo: "There's a long way to go and we'll fight for it until the end"

Kaka: "I'm working hard so the Coach can still count on me"

Iker: "When I let a goal in I think I could have done much better. I take it badly"

A 'tiger' terrorises Europe - Falcao is the striker with the best goal average (1.57) in all UEFA competitions 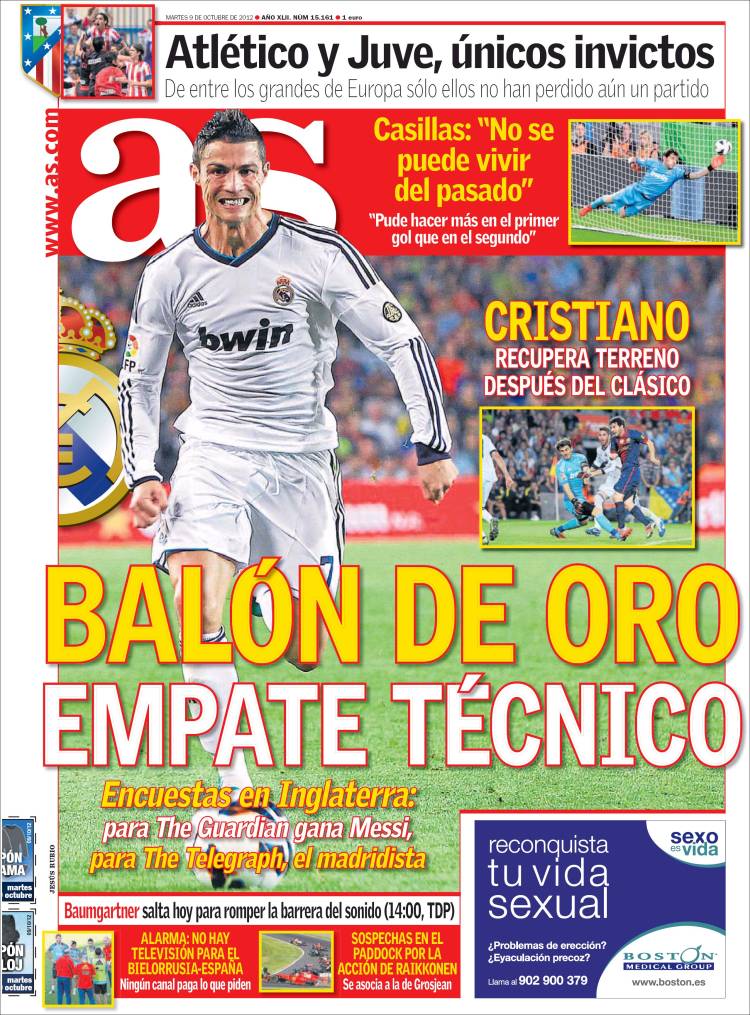 Ballon d' Or - a technical draw

Polls in England: Messi wins in The Guardian and the Madrid man in The Telegraph

Casillas: "You can't live in the past"

Atletico and Juve the only unbeaten teams: among the European greats they are the only ones not to have lost a game

Alarm: the Belarus-Spain game will not be televised - no channel will pay what they are asking 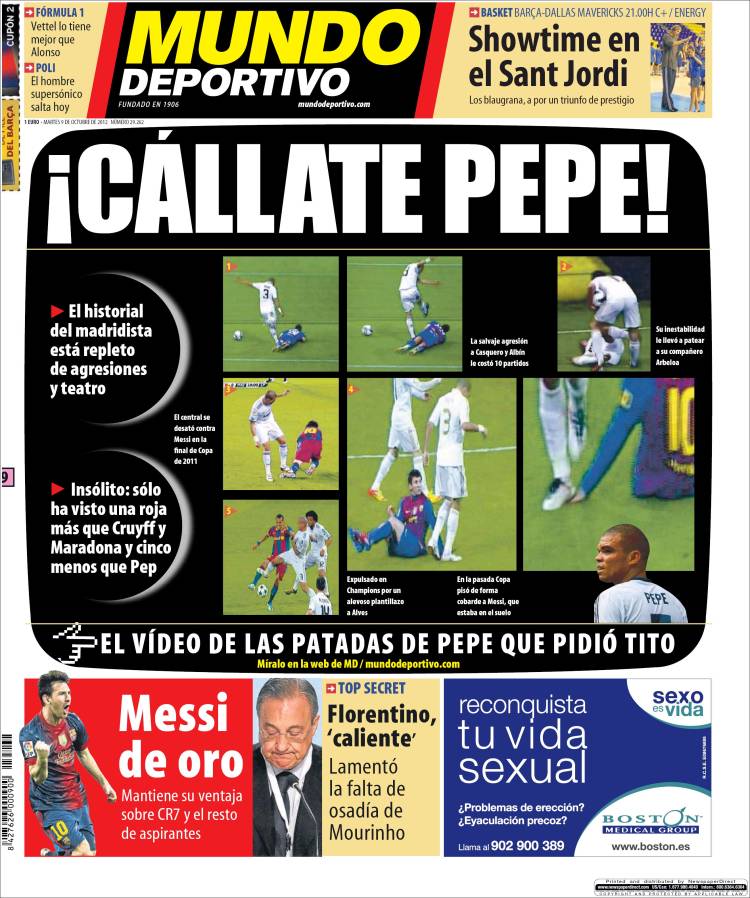 The Madrid player's history is full of aggression and theatre

Unbelievable: he has only had one red card more than Cruyff or Maradona and five less than Pep

The video of Pepe's kicks that Tito asked for

The savage aggression on Casquero and Albin cost him 10 matches

His unstableness causes him to kick teammate Arbeloa

In the cup he did a cowardly stamp on Messi, who was on the floor

Florentino 'hot' - he laments the lack of audacity shown by Mourinho