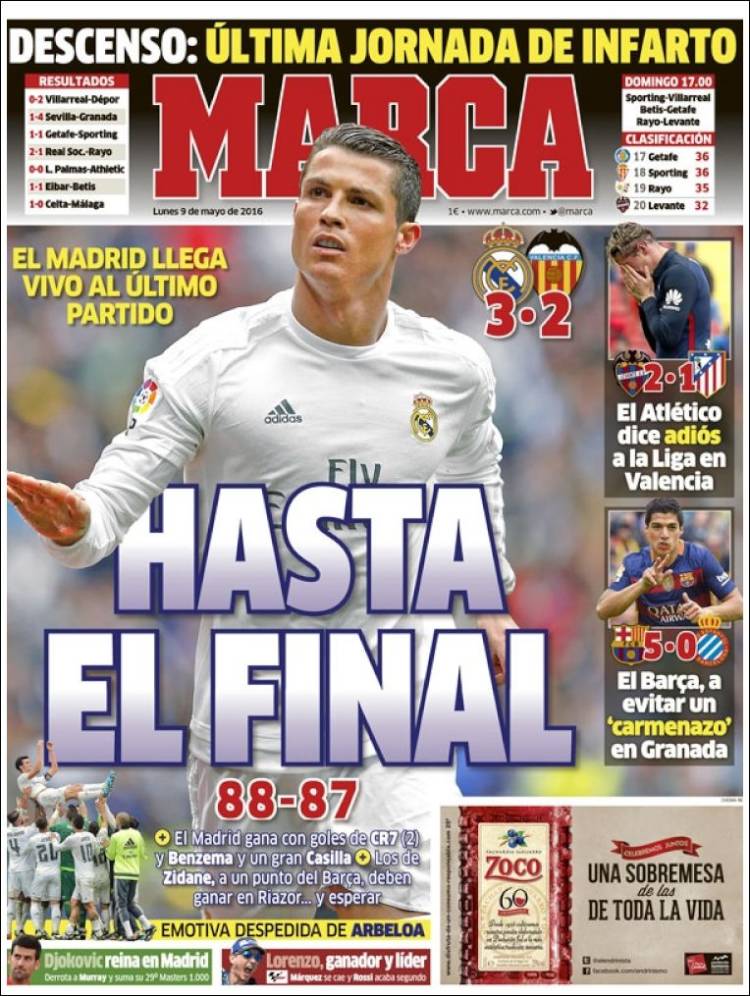 Zidane’s, a point from Barca, have to win at Riazor…and hope

Barca, to avoid a ‘carmenazo’ in Granada 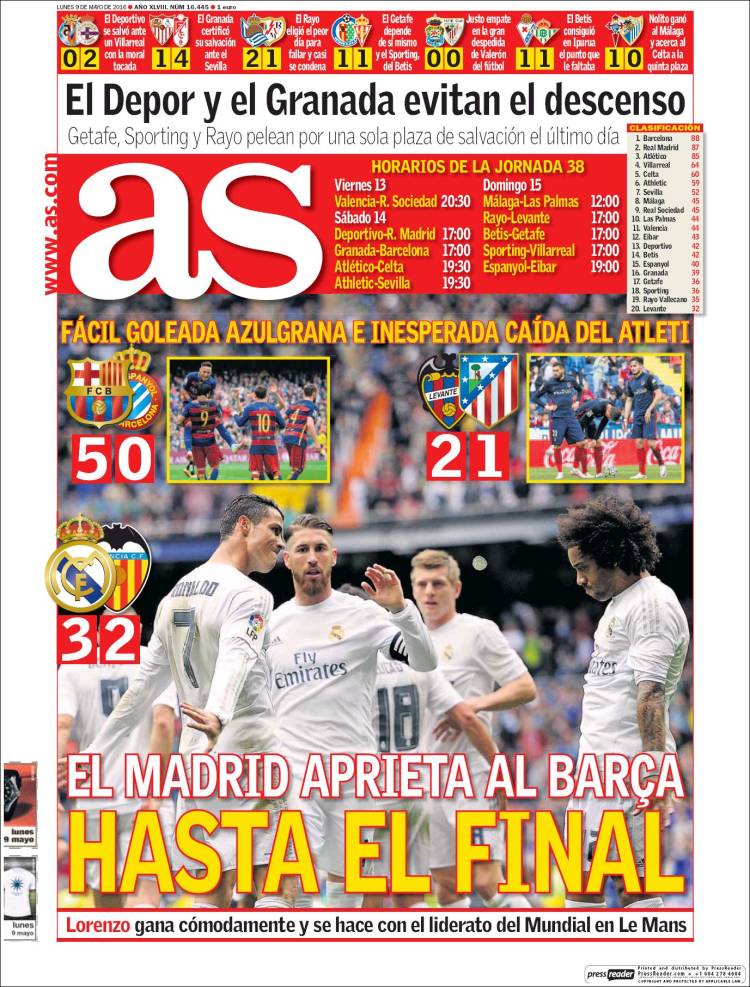 Deportivo safe against a Villarreal with affected morale

Getafe depend on themselves and Sporting, Betis

Fair draw in the great goodbye to Valeron

Betis got the point they were missing at Ipurua

Nolito beats Malaga and Celta are closer to fifth place

Depor and Granada avoid the drop

Getafe, Rayo and Sporting fight for the single place of salvation on the last day

Easy win for Barca and unexpected defeat for Atleti

Madrid push Barca until the end 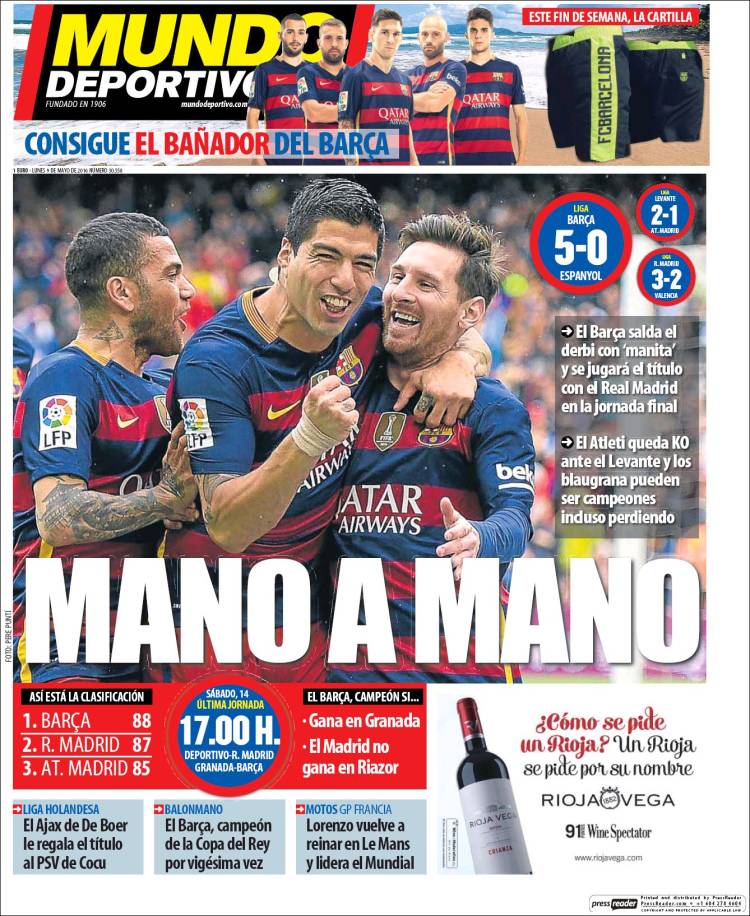 They win at Granada

De Boer’s Ajax give the title to Cocu’s PSV