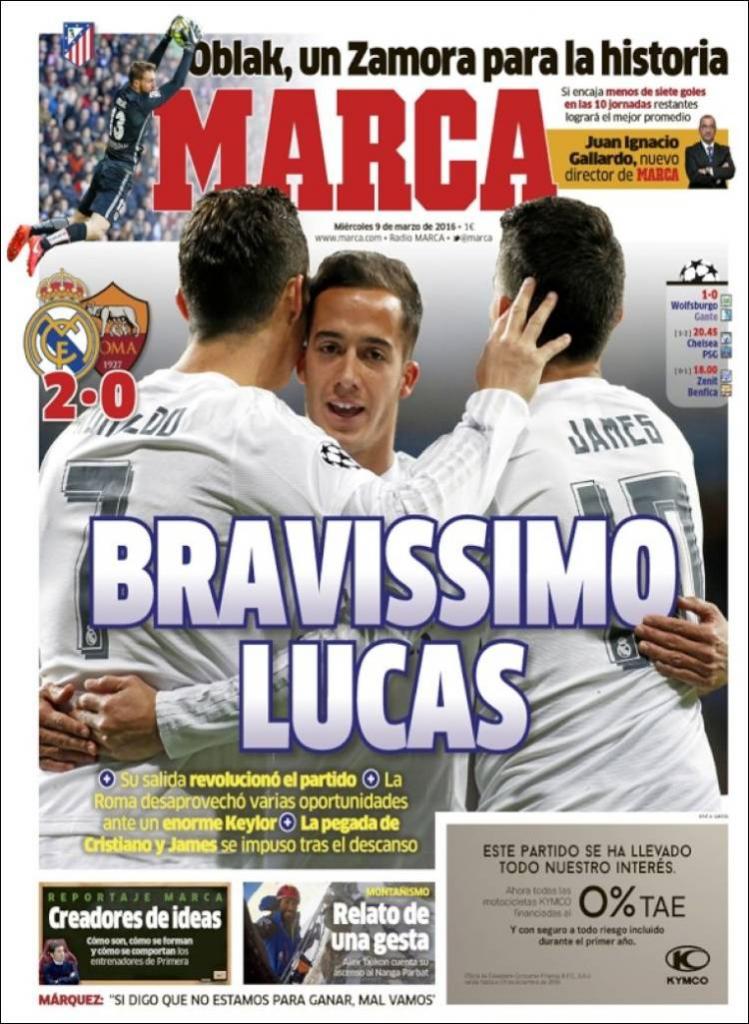 Oblak, a Zamora for history

His emergence revolutionised the game

The punch of Cristiano and James was imposed after the break 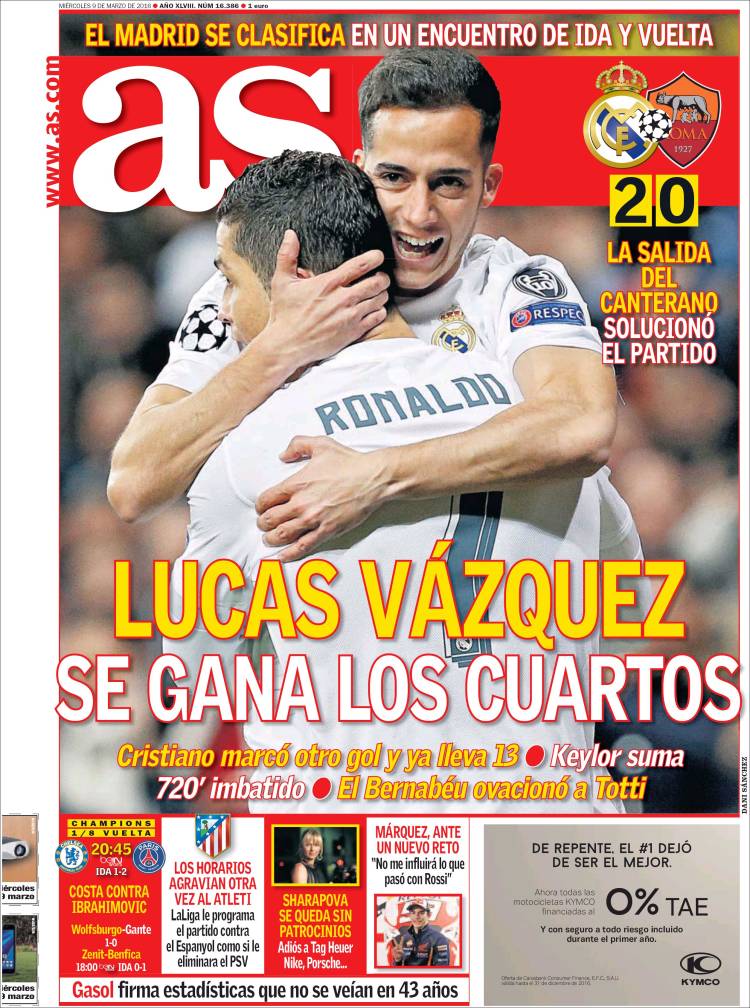 Madrid qualify in an encounter of home and away

The emergence of the youth team product solves the game

Cristiano scores another goal and reaches 13

The Bernabeu gives Totti an ovation 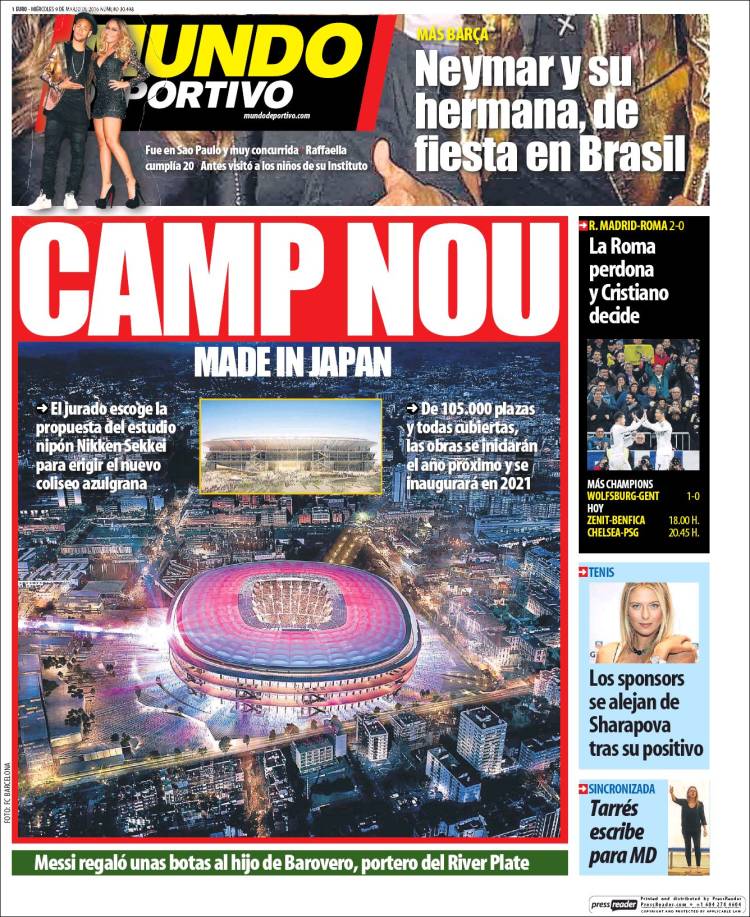 Neymar and his sister, the party in Brazil

Messi gives his boots to the son of Barovero, the River Plate goalkeeper