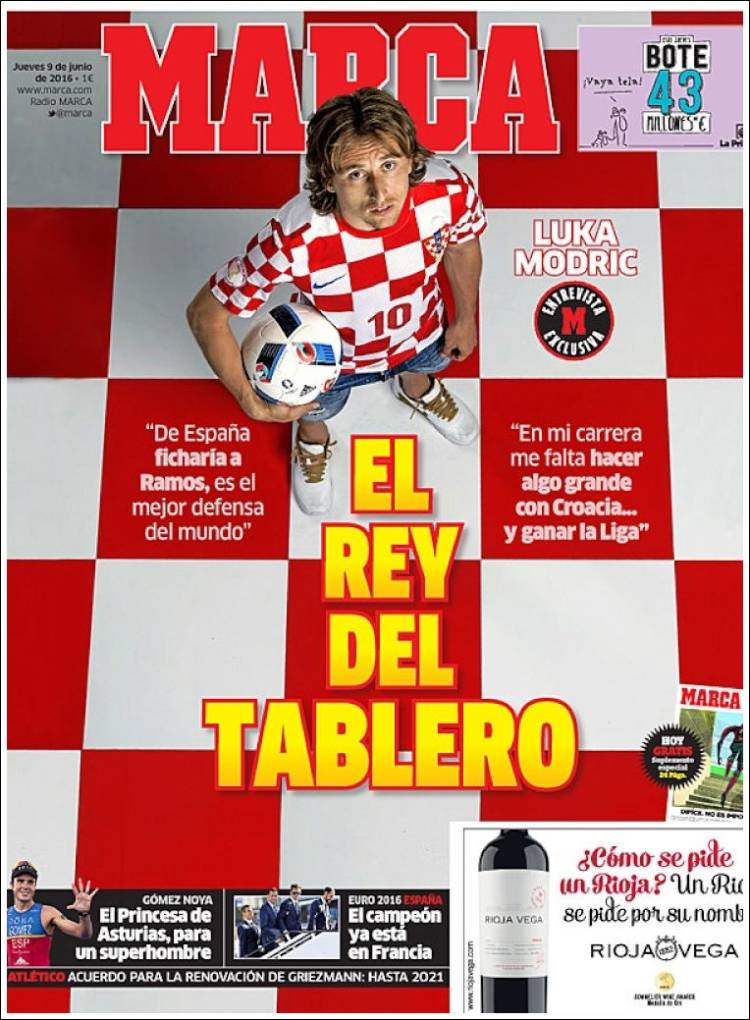 The king of the board

“Of Spain I’d sign Ramos, the best defender in the world”

The champions are in France

Agreement for the renewal of Griezmann: Until 2021 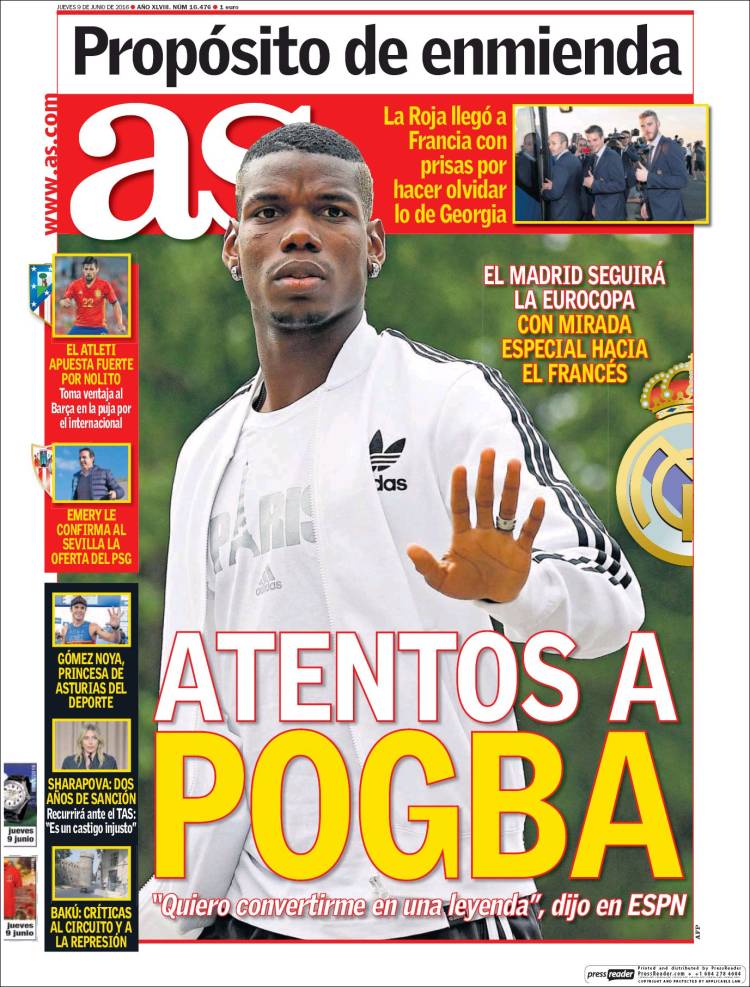 La Roja arrived in France in a hurry to forget Georgia

Madrid will follow Euro 2016 with a special look to France

“I want to become a legend,” he tells ESPN

Take advantage of Barca in the bid for the international 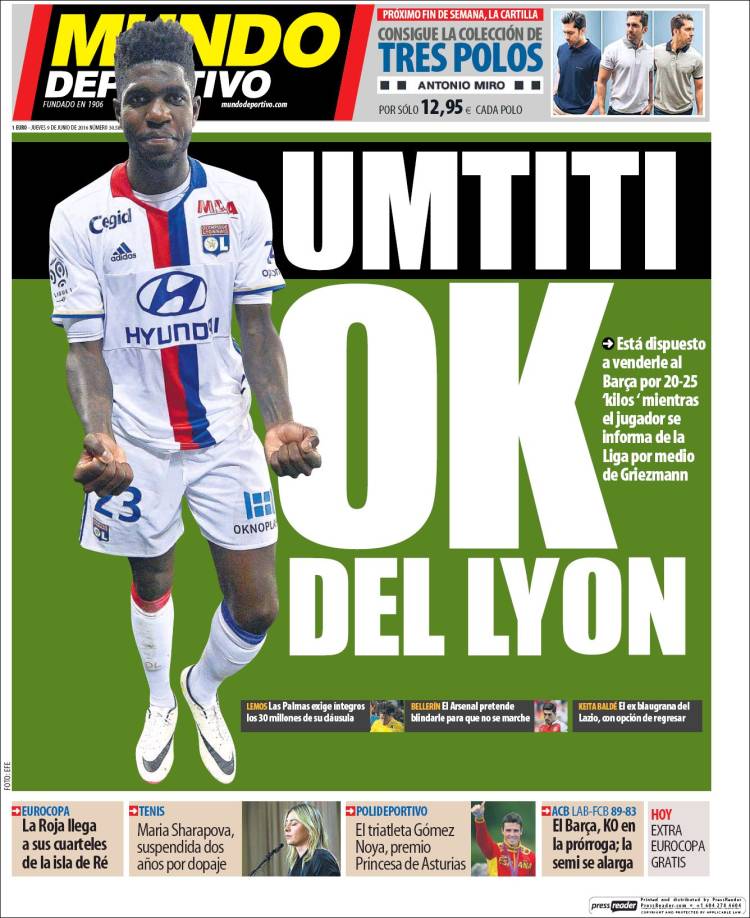 Los Palmas demands the complete €30m of his clause

Arsenal seek to shield him so he doesn’t leave

Lazio’s ex-Blaugrana, an option to return

La Roja arrive at their headquarters on the island of Re