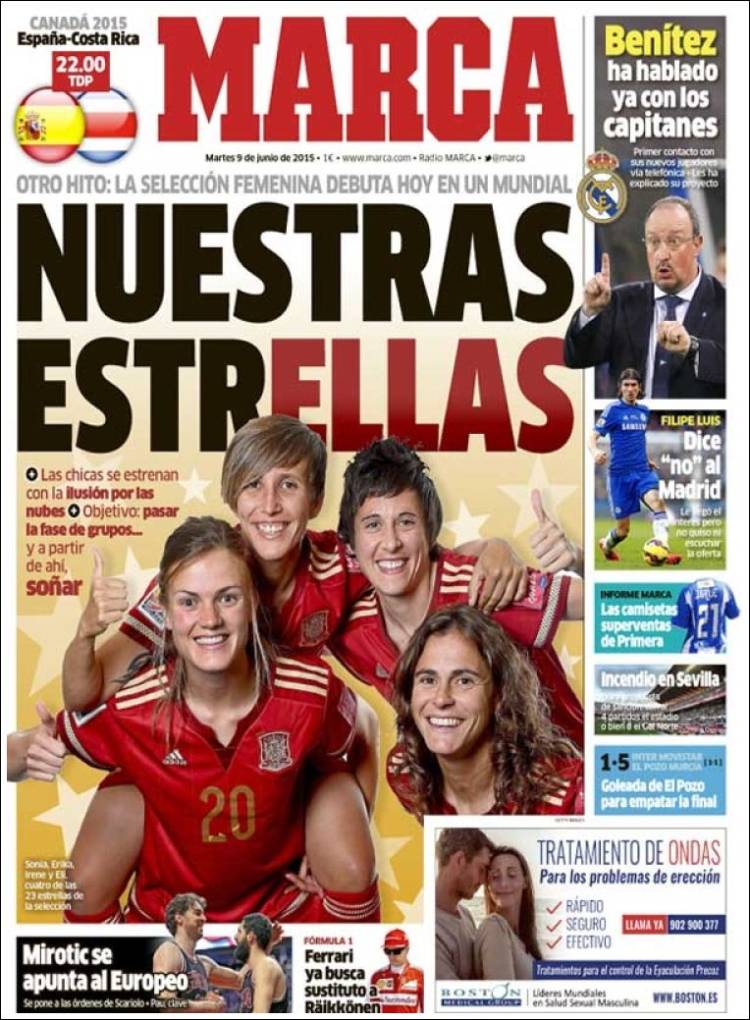 Another milestone: The Women’s national team debuts today at the World Cup

The girls debut with hope through the roof

Objective: Get through the group stage…and dream from there

Benitez has already spoken with the captains

Filipe Luis says ‘no’ to Madrid 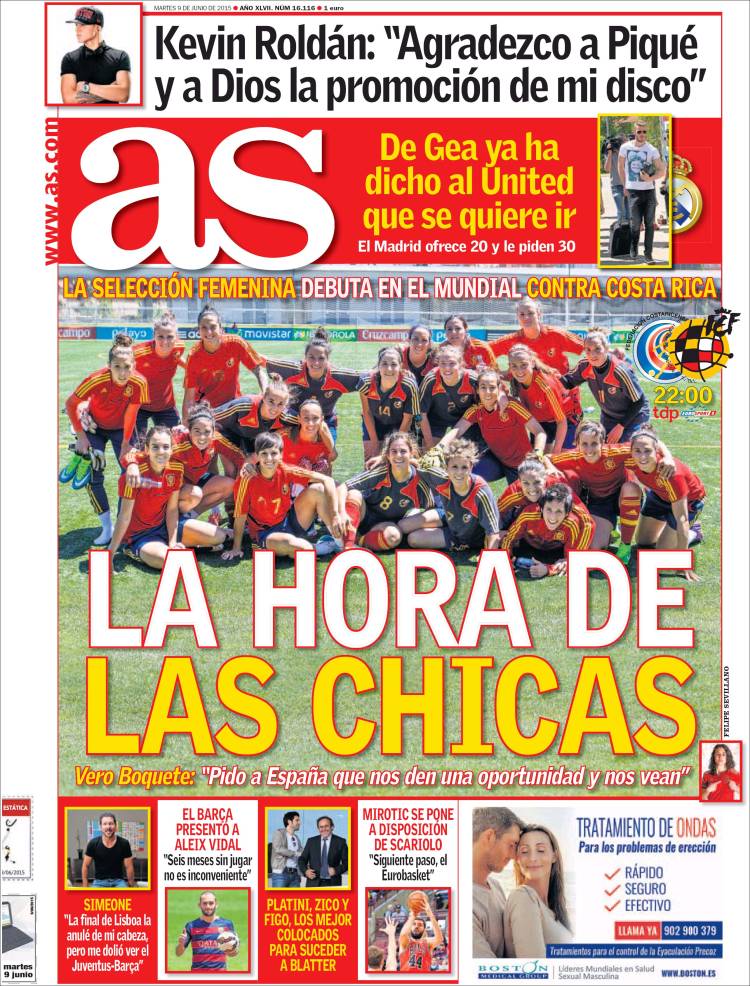 The time for the women

Vero Boquete: I ask Spain to give us a chance and watch us

Kevin Roldan: I’m grateful to Pique and to God for promoting my album

De Gea has already told United he wants to go

“The defeat in the Lisbon final is out of my head, but it hurt me to see Juventus-Barca”

Platini, Zico and Figo, the best placed to succeed Blatter 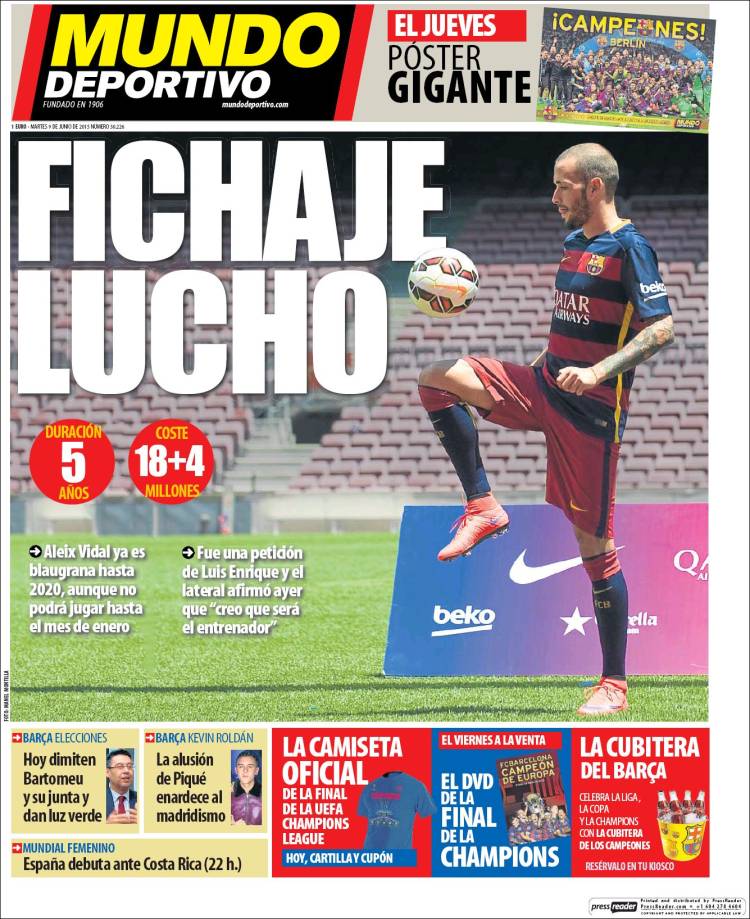 Aleix Vidal is a Blaugrana until 2020, although he can’t play until the month of January

Today Bartomeu resigns and the board give the green light