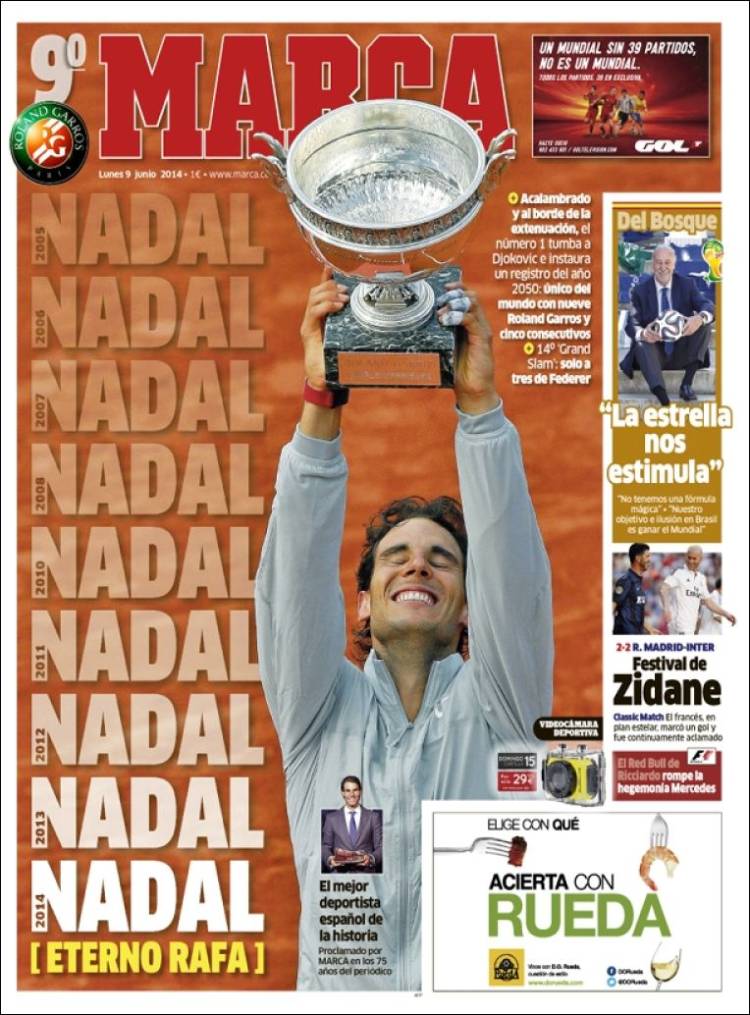 The best Spanish sportsman in history

Del Bosque: The star encourages us 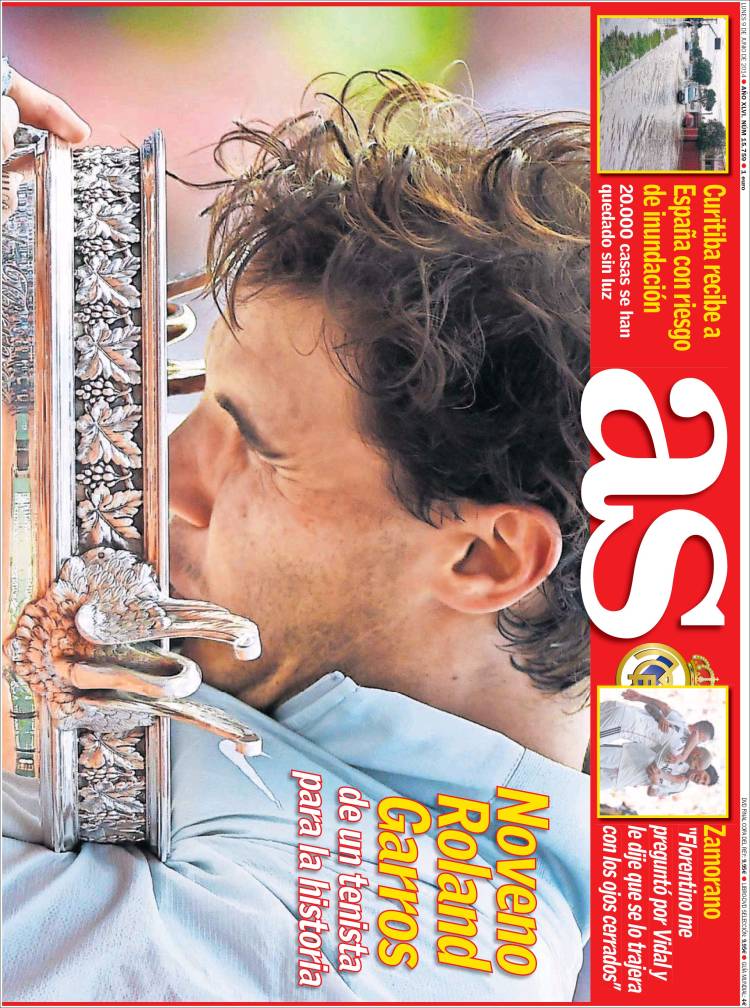 A tennis player for history

Curitiba receives Spain with a risk of flooding

Zamorano: Florentino asked me about Vidal and I told him to sign him with his eyes closed 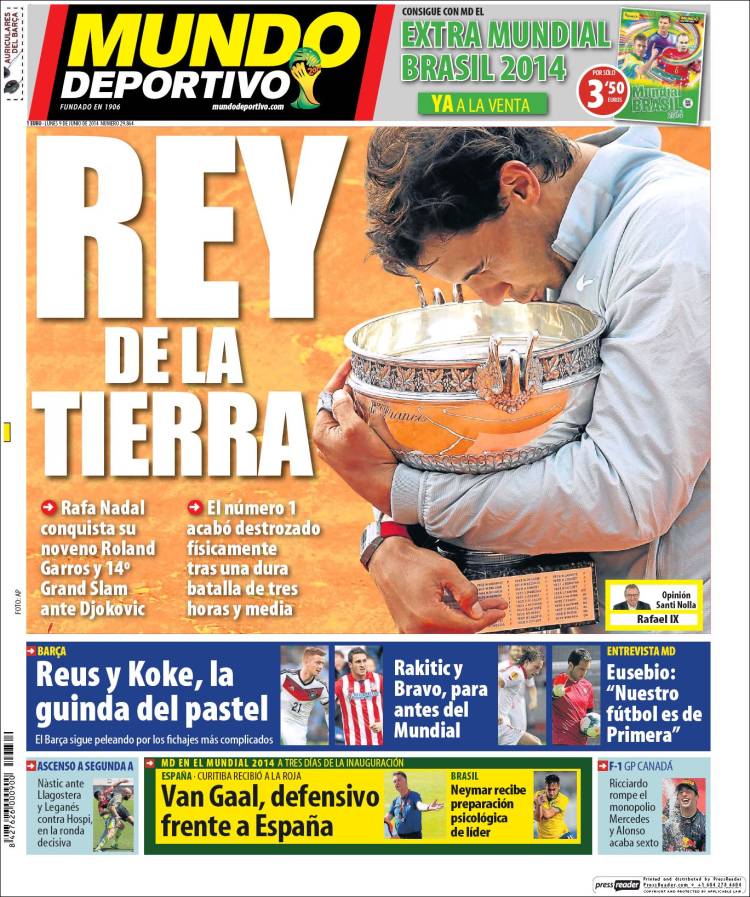 The No.1 was physically shattered after a tough three-and-a-half-hour battle

Reus and Koke, the cherry on the cake

Rakitic and Bravo, for before the World Cup